The United States are the 2022 Pythia Cup Champions 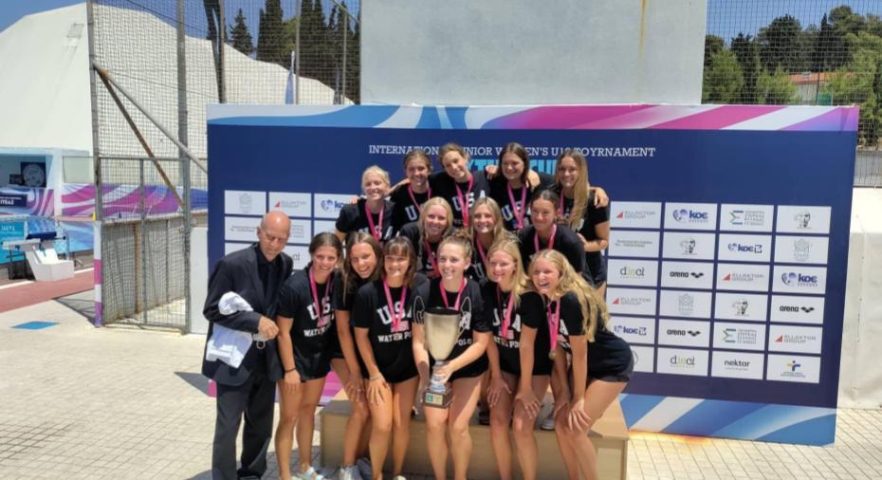 The United States have won this year’s Pythia Cup with a final day victory over Hungary.  Meanwhile, the hosts Greece just about scraped a Silver medal, consigning Australia to another agonizingly close defeat.

Although the United States will be the team to beat after taking the trophy at this warm-up tournament, if they are pushed as hard as they were this weekend, they might find themselves in some bother at the Youth World Championships in Belgrade next week.

The three-day tournament in Itea has been nothing if not a exhibition of very exciting young talent in the women’s game, with every indicator suggesting the Youth World Championships in Belgrade next week will be an immensely exciting competition. There was so little distinguish the five teams by the way they played in Itea this weekend, and even before adding Spain into the mix, trying to predict a favourite for the World Championships next week is anyone’s guess

Jenna Flynn lead the scoring for the Americans with five conversions as they came from behind in the second quarter to beat Hungary. Macsai and Tiba had given the Magyars a slender advantage after the first period, but scores from Bonaguidi, Flynn and Woodhead saw America take the lead at half-time.

Additional scores from Flynn (2), Woodhead and Ava Stryker then opened up a four goal lead in the third – from which Hungary could not recover from despite two late scores via Macsai and Varro. 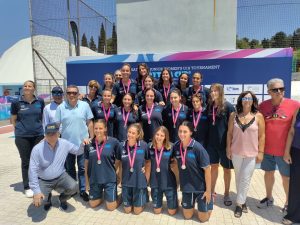 With Hungary losing, it gave the Greeks a prime opportunity to take the Silver, and they did with a 11-9 victory against Australia.

Layla Smith put in a five-star, and a five goal performance for the Junior Stingers, but the newly singed Alimos player, Nefeli Chaldaiou, and two of Greece’s breakthrough talents –  Stefania Santa (Vouliagmeni) and Foteini Tricha (Olympiacos), led the Greeks to victory and a silver medal.

The Netherlands finished their tournament yesterday, but classified 4th. Australia, who appear to be growing in strength, finished the weekend at the foot of the table. 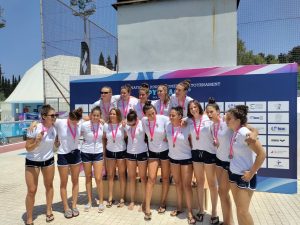 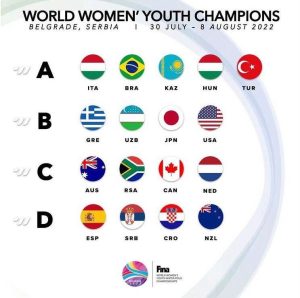 The draws for the Women’s Youth Championships!