The Women’s Intercontinental Cup heads to Lima this week 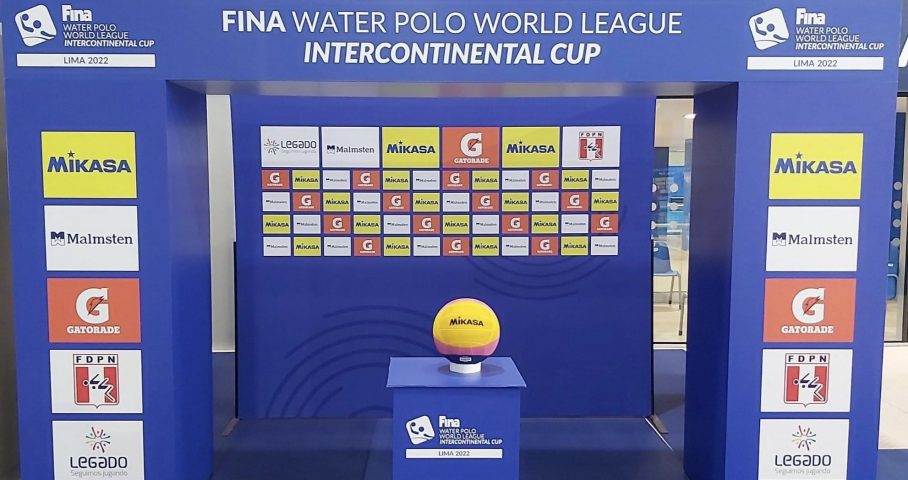 The FINA Women’s World League Intercontinental Cup is due to get underway this week in Lima, Peru, in an exciting few days of international fixtures. The competition is essentially a qualifying tournament for the World League Super Finals, however it is one of only a few opportunities that we get to see the top nations from outside Europe compete. The men’s competition will run alongside the women’s, but with fewer teams, and the games will be played at the spectacular Villa Deportiva Nacional complex.

The women’s tournament format consists of one group of six. Provisionally, there were two groups of four, however, Kazakhstan and Cuba withdrew from the competition. Each team will play each other once in the group stage, before progressing to the quarter-finals, the semi-finals and then the final. The top four ranked teams will qualify for the World League Super Finals.

The Intercontinental cup, as mentioned, is a rare opportunity to watch high quality, international water polo outside Europe. The very nature of the tournament, the fact we see teams from North America, South America, Asia and Oceania all competing together is exciting enough, but this edition of the tournament could be extra special with the circumstances in which the games are being played.

Firstly, we can’t start anywhere else but the USA national team. The reigning three-time Olympic Gold Medallists are always dominant in this stage of the World League, however the team will look rather different to the team that won Gold in Tokyo last year. Due to many of the national team having collegiate obligations at home or club commitments in Europe, the squad has been heavily rotated. In the absence of the likes of Maddie Musselman, Maggie Steffens, Ashleigh Johnson, Rachael Fattal, Steph Haralabidis, Paige Hauschild and Jordan Raney, the USA team is fairly inexperienced but full of young talent from their national team development programme. The team will, however, feature Gold Medallist from Tokyo, Amanda Longan, who will give the side some much needed experience between the sticks. Its not just the players in the pool that are different for this tournament either. Ethan Demato, an experienced development coach within the national team set-up will take the reigns for this tournament in Adam Krikorian’s absence. While the team will probably not fire on all cylinders, at least to start with, they should definitely have the quality to win the competition.

Speaking of having the quality to win the competition, Australia are not messing about and send a very strong team to Lima. Six of the squad from Tokyo feature in Paul Oberman’s first major tournament squad including Abby Andrews, Zoe Arancini, Lena Mihailovic and Gabi Palm. Also joining the squad are three players from Europe; Sant Andreu’s defender Hayley Ballesty, Vouliagmeni’s free-scoring Amy Ridge and Bronte Halligan, who is currently playing for Ekipe Orizzonte in Italy. With Rowie Webster announcing her retirement last week, Elle Armit not travelling from Padova and Tilly Kearns occupied in the USA with USC, 5 Stingers will make their debuts next week. Australia finished 5th in the Olympics, and this tournament will give us a decent idea of what kind of shape some of the players who have stayed and trained in Australia are in.

It will be interesting to see how Canada fare this week with the squad they have selected. Monika Eggens and Gurpreet Sohi both travel from CN Sabadell, their attacking left-hander, Kyra Christmas, comes fresh from Olympiacos, while Verica Bakoc, of Ethnikos, accompanied her from Athens. Also travelling from Greece are Amanda Amoroso and Kelly Mckee, who are based in Crete with Greek side Rethymno WPC. McKelvey, Wright (Claire), Kindred Paul and Axelle Crevier are returners from Tokyo. Shae La Roche travels from her club SIS Roma, but the Maples are without Emma Wright of Cal Bears. Jessica Gaudreault will take her place in goal for David Paradelo’s team.

Hoping that they may have an outside chance of qualifying for the Super Finals is Brazil. One of their rising stars is the young Leticia Belorio, who carries a real goal threat, and helped Brazil to a 9th place finish at the Junior World Championships in Netanya last summer. The squad, coached by Frank Diaz, will also be grateful for the inclusion of Diana Monteiro and Samantha Rezende, both of whom are currently playing for Trieste in the Italian A1 league. Incidentally, Rezende has 20 goals for Trieste this season, putting her amongst the best scorers in the division.

The Blue and White of Argentina will hope that they can make a splash with the return of water polo to South America. Several of their squad currently play abroad. From America includes Cecilia Leonard (Iona College), Isabel Riley (Long Beach State) and Ashleigh Guapache. Dana Gerschovsky joins the national team after a strong season with CN Rubi in Spain, and Carla Comba travels from CN Milan.

Colombia  are not expected to be fighting for a medal, but they will enjoy the experience of competing with some of the best women’s teams in world waterpolo.