Three-horse race in Italian women’s A1 Fans of Italian water polo have had to be patient, but the Italian Leagues finally begin this weekend, and the 39th Edition of the women’s A1 is incredibly intriguing, with a classic three-horse race on the horizon.

Twenty-two time champions Ekipe Orizzonte will stake a claim to retain their title, but they will be pushed all the way by two fierce challengers; Plebiscito Padova and SIS Roma. All three teams have the quality to challenge for the Italian A1 title, as well as present a credible force in the Women’s Champions League.

It has to be said that the league will be missing one of the stronger Italian teams this season. Due to financial difficulties, CSS Verona will not be competing for the championship or even participating in the league. Their absence is a shame for Italian water polo, and a reminder of the precarious financial situation facing many water polo clubs on the continent.

With the relegation of NC Milano and Vela Nuoto, as well as the withdrawal of CSS Verona, three teams step up to the plate; RN Bologna and Rapallo Pallanuoto from the A2 North, and Brizz Nuoto from the A2 South.

As with most leagues in Europe, there is a regular season and then the play off stage. The top two teams progress automatically to the semi-finals, while 3rd plays 6th, and 4th plays 5th.

Ekipe are one of the most decorated clubs in the women’s game. Between 1992 and 2006, they won an incredible 15 Italian Championships. They are eight-time champions of Europe, and are looking to re-build their empire once more.

Martina Miceli’s team kept a lot of its best players from last season. Five of those players (Condorelli, Marletta, Viacava, Palmieri, and Bettini) won bronze at the European Championships in Split. Bronte Halligan had an outstanding World Championships with Australia, and this season she is joined by a compatriot, Alice Williams.

Dafne Bettini and Veronica Gant are particularly exciting youngsters at the club, who this season will be joined by another prospect, Gaia Galardi, who signs from Bogliasco.

This season, Catania’s most successful sports team will be going for the title again, but they will also be trying to repeat some of their past success in the Women’s Champions League. 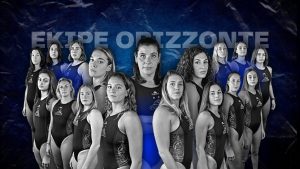 Plebiscito Padova are joint favourites for the Italian championship this season. Under the stewardship of Stefano Posterivo, the team from Veneto enjoyed an incredible run in the Euro League last season, eventually picking UVSE to the third place spot.

Padova’s squad is composed of a really well-balanced set of players, many of whom are under-appreciated because they do not play for the Italian national team. But there is quality throughout the team; the back line of Sara Dario and Carlotta Meggitato, the game management of Elisa Queirolo. Laura Barzon can always be relied on for the goals, while Laura Teani is solid at keeping them out in between the sticks.

Padova will miss Maria Borisova, who moved to Greece with Ethnikos over the summer. But Plebiscito did some outstanding business in bringing Hungarian international Vanda Valyi to the club from Ferencvaros. Hayley McKelvey, Canada’s best player at the World Championships over the summer, was no doubt convinced by her national team assistant coach to join his ranks.

This season, Plebiscito will be a force to be reckoned with both in Italy and throughout Europe. Undoubtedly, they will be in the running for trophies this season.

Interestingly, Plebiscito defeated Ekipe 10-8 last weekend in the Italian Cup, signalling that Padova might be the ones to topple Ekipe this season. 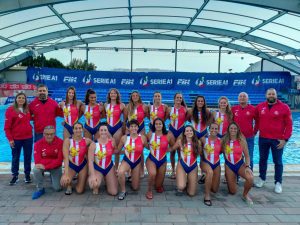 In last season’s campaign, SIS Roma were a dangerous team and more than justified their position as one of the top three teams. This season, they will want to demonstrate that they are capable of challenging the division’s best teams.

Marco Capanna can call upon many of Setterosa’s summer stars, the likes of Sofia Giustini, Chiara Tabani, Domitilla Picozzi, and Giuditta Galardi. One Italian superstar they cannot rely on is Silvia Avegno, the league’s leading scorer from the previous season, who was signed by Mataro.

As a result of Avegno’s departure, the capital team needed to acquire a goal-scoring threat, and Marco Capanna opted for the Aussie Stinger, Abby Andrews. The 21-year-old left-hander is improving as a player and will undoubtedly fit in well with Roma’s style of play. 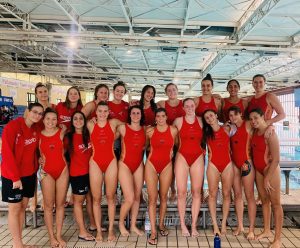 Florentia finished just ahead of Bogliasco during the previous regular season to secure a top-half position. Last weekend, they advanced to the final six of the Italian Cup, but narrowly fell to Trieste. With the Setterosa’s starting keeper, Caterina Banchelli, protecting their goal, the team have made a number of signings from last season; four players joined from Firenze (Pelligrino, Benedetta, Barbieri, and Capaccioli), while Israeli international, Noa Sasover, is another decent addition.

Rare Nantes Florentia have a tough start to their season though, with an opening day visit to Ekipe Orizzonte, and then subsequent trips to Roma and Padua. 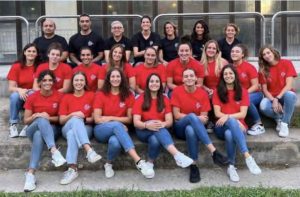 Trieste has had a pretty decent summer in terms of recruitment, bringing some exciting foreign players to the Venetian coast. Experienced Serbian international Jelena Vukovic joins from Ekipe, while the powerful Czech centre-forward Daniela Vomastkova joins after an excellent season with LUC.

Trieste finished seventh last season, but should aim for at least a top-half finish this time around. They defeated Florentia last weekend in the Italian Cup, which already shows their progress.

Bogliasco cannot be dissatisfied with their sixth-place finish from the previous season and will strive for an unlikely repeat this time around. Rosa Rogondino scored the most goals for them last season, but the team didn’t score many goals overall, something they will need to improve on this season.

Last weekend, Bogliasco had a hard time in the cup against Ekipe and Padova, and they also lost to the newly promoted Rapallo. 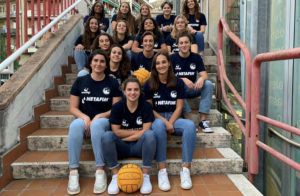 Many people will agree that Rapallo’s return to the Italian A1 is something to be happy about. The champions of Italy in 2013, and the Euro League and Super Cup champions the year before, Rapallo will have more modest short-term aims this season. However, the club will be excited by the return of club legend, Roberta Bianconi, who is arguably as good now as she has ever been.

There is reason to be quietly optimistic for Rapallo, who had a really good showing on the opening weekend of the Italian Cup. They have three winnable games in their opening five fixtures against Bologna (A), Trieste (A) and Como (H) – victories in those games would set them up very nicely for the rest of the season.

Last season, Como Nuoto avoided the drop to the A2, but they will need to be at their best to avoid being dragged into another relegation battle. The Frogs have a new coach in Andrea Pisano, who they hope will invigorate the team.

At Piscina Manara, their first home game of the season against Bologna, who were promoted, will be crucial in determining their true level. 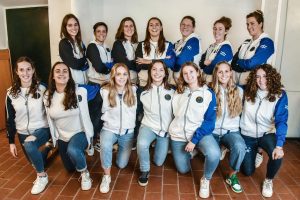 First game of the season: Rapallo

Bologna are back in the top flight of Italian women’s water polo after five years, and they are hopeful that they can make this stay in the A1 permanent. Andrea Posterivo’s team will need to pick up some decent results straight away, beginning with an opening day clash with Rapallo.

The club made some decent additions over the summer. Target number one was the acquisition of one of the league’s best scorers last season, Anna Repetto, who departed from the relegated NC Milano. Rae Lekness, the Canadian international, will provide quality, while eighteen-year-old Frida Toth, has a lot to prove on her arrival from Hungarian champions UVSE.

This year, the goal for Bologna is to remain in the division. 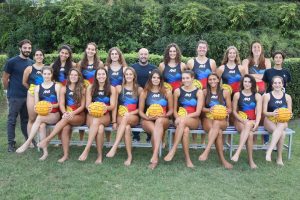 First game of the season: Bogliasco 1951

The last team in our preview, but certainly a team that might surprise a few this season, is Carlo Zilleri’s Brizz. While their local rivals may be the best team in Italy, Brizz are looking to create their own legacy.

With only two players born this side of the millennium, Brizz are a young team, but with enough talent to take points off enough teams to stay in the division. Five of their youngsters hail from Ekipe, including their goalkeeper, Helga Santapaola – who returns to defend their goal from last season.