Thrillers in Savona and Syracuse; Recco cruises to 1st place in group 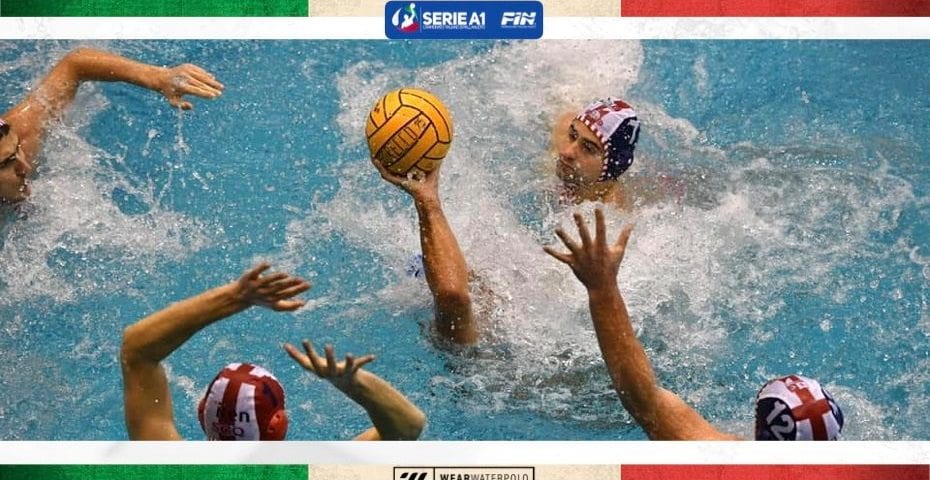 The first phase of the regular season in the Italian League is near the end. Three rescheduled matches of the Serie A1 have been played this weekend.

Pro Recco trashed Quinto (17:3) and mathematically secured 1st place in Group A, which means that it will play in Group E in the second phase.

The other matches were very exciting.

The Sicilian derby was played in Syracuse. Ortigia hosted Telimar. The visiting team recorded a narrow win (14:13) and collected the first three points in the season (after two defeats). But, Ortigia secured 1st position in Group C earlier.

Pro Recco and Quinto didn’t play in the outdoor pool in Recco, as was planned. Because of bad weather, the match was moved to the indoor pool in Sori. Three stars missed the match. Dusan Mandic is in self-isolation after a positive coronavirus test, Matteo Aicardi still hasn’t fully recovered from surgery, Gonzalo Echenique didn’t play because of an injury. But, these facts didn’t affect Recco’s play. The champion built a 9:0 lead before Quinto scored its first goal, which happened 28 seconds before the middle break. Recco’s captain Aleksandar Ivovic scored five goals, Francesco di Fulvio added three.

This week, Pro Recco has hosted the national teams of Montenegro and Canada at joint preparations. Both teams will play at the Olympic qualifications in February. Montenegro returns home tomorrow, while Canada, coached by Recco’s former coach Pino Porzio will stay in Genoa for another week.

Posillipo edged out Savona. But, Savona will have a chance to take revenge for this defeat next week, in the match of the 6th round, that will be played in Naples.

Posillipo stunned Savona in the opening ten minutes. The visitors earned a 4-goal lead in the first quarter and added two goals early in the second to jump to a 7:1 advantage. By the middle break, Savona halved the distance (5:8). The home team was a better rival in the third period and managed to reduce the gap to one goal a few times (7:8, 9:10,10:11). Savona finally equalized in the 26th minute, when Patchaliev scored his second goal (11:11). Shortly after Posillipo center-forward Giuliano Mattiello, the man of the match, found the net for the seventh time, to give the visitors a 12:11 lead. Baraldi scored from an extra for 13:11. Savona cut the deficit but didn’t manage to equalize once more.

Telimar started the season very well. In September, the Palermo-based team qualified for the Final Four of the National Cup. But after that, they played just two matches and lost to Ortigia and Lazio in the league. The Sicilian derby was Telimar’s first match after November 28.

The game was a very balanced battle from the first whistle until the last buzzer. At halftime, the rivals were tied (4:4). Ortigia opened the second half with two quick goals and took a 6:4 lead. For the first time, the difference between the teams was two goals. In the middle of the quarter, Ortigia led 7:5. But, Telimar struck back powerfully, with four consecutive goals for a 9:7 lead. The visitors entered the last period with a 10:8 advantage. In the fourth period, they stretched the margin to three (13:10). However, Ortigia equalized – 13:13 with 01:16 remaining on the clock. But, Marziali converted a man-up 45 seconds before the end for Telimar’s 14:13 win. Ortigia’s Valentino Gallo was the best scorer of the match with six goals. Luca Damonte led Telimar with five.

The second phase of the regular season

Groups for the title