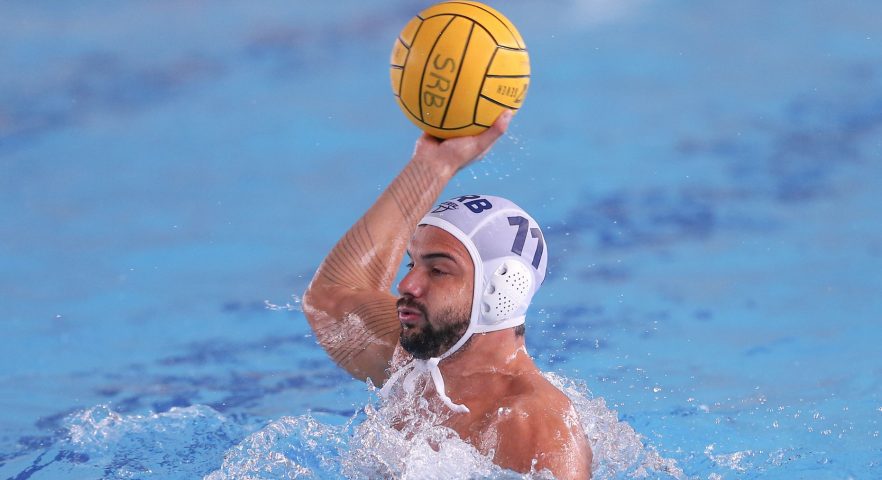 The first day of the LEN Euro Cup Round 2 offered a lot of thrills. Today’s games proved that this stage of the competition would be very interesting.

Six games were on today’s program, and most of them were very exciting. The highlights were a draw in the match Mladost – Mediterrani (10:10) in Zagreb and Steaua’s narrow victory over Valis in the group in Bucharest (12:11).
Honved struggled, but it defeated Primorac (7:6). Trieste bettered Jadran Herceg Novi after a great comeback (11:9).

Jadran opened the game excellently, but Trieste came back from three goals down and proved that it was the favorite in the group.

Jadran headed into the second period with a 4:1 lead. Trieste cut the deficit to 3:4 and 4:5. Still, Jadran built a 2-goal advantage before the middle break as Danilo Radovic converted a man-up for 6:4 in the 14th minute. Trieste desperately tried to come back, but a poor percentage of extra player shots was a big problem. The Italians missed three man-ups in the last 02:17 minutes of the first half. They continued in the same manner in the third period, wasting the fourth consecutive chance with an extra player.

Jadran kept a 2-goal advantage until the 21st minute. And then, Trieste started storming. The Italian team scored three unanswered goals in less than two minutes and went ahead – 7:6. Japanese Yusuke Inaba beat the buzzer and converted a man-up a second before the end of the third quarter to double his team’s advantage (8:6). In the first minute of the fourth quarter, Jadran scored its first goal in the second half (Radovic netted from a penalty). However, Trieste responded with a 3:0 series and earned a safe 11:7 lead.

Solaris entered the match against Sabac with only 12 players – Erak was suspended because of a red card and a four-minute exclusion in the last game at the previous tournament. Still, the Croats kept up with the Serbs in the first half. Solaris had a 2:1 lead, but Sabac netted four straight goals and built a 5:2 advantage. By the middle of the second period, the visitors cut the deficit to one goal (4:5). Still they ran out of energy for the second half. Sabac dominated in the third period. Ognjen Stojanovic scored his 6th goal in the match in the 24th minute to make it 11:5, and everything was decided. Six goals was an unattainable difference at that moment, although Solaris scored a goal in the dying seconds of the third period.

Mediterrani could be more satisfied with a draw in the first round than Mladost, which is one of the favorites for the top two spots. But, from the beginning, it was clear that the Croats wouldn’t collect easy points. Mediterrani earned a two-goal lead a few times in the first half (4:2, 5:3, 6:4). Mladost leveled with two goals in the last two minutes and a half of the second period. The teams exchanged goals in the third period, but the Spaniards controlled the result and had a slim advantage before the final quarter (9:8).

At the beginning of the final quarter, Rakovac leveled at 9:9. In the 29th minute, Gluhaic converted a man-up and Mladost went ahead for the first time (10:9). However, not for long. Radic responded with a power-play goal immediately – 10:10. There were no goals in the last two and a half minutes, and the rivals shared the points. Five seconds before the end, Mladost’s Gluhaic found the net after a foul, but the referees canceled the goal because the scorer was in the 6-meter area.

The second match of the day was exciting too. Honved beat Primorac much harder than expected. Primorac proved that it had a solid team. The Montenegrins scored an opener, and Honved got on the scoreboard only in the 6th minute. But, the Hungarians took control and earned a 2-goal lead (3:1, 4:2, 5:3). However, the Montenegrins leveled -5:5, so the rivals started into the fourth period from the same line. Still, Honved didn’t let Primorac surprise. The Hungarians defense worked perfectly in the fourth period. Midway through the last quarter, they rebuilt a 2-goal advantage (7:5) and maintained the difference until the final minute. Primorac halved the deficit (6:7), when it was too late – 14 seconds before the end.

Nothing but Ortigia’s big win was expected in the first game of the tournament in Bucharest.

Host Steaua defeated Valis in a game with plenty of twists and turns. Steaua scored the first two goals in the match, but the Serbs caught up with the rivals before the first break, and took the lead in the second quarter (4:3, 5:4, 6:5). Steaua regained an advantage before the final eight minutes (9:8), but new twists were yet to come. Valis opened the fourth period with two quick goals for a 10:9 lead. The hosts replied in the same way and took an 11:10 advantage (29th minute). A minute and two seconds before the end Valis leveled at 11:11. It seemed that the match would end with no winner. Still, Vlad Georgescu found the net with just three seconds to go and gave Steaua a 12:11 victory.