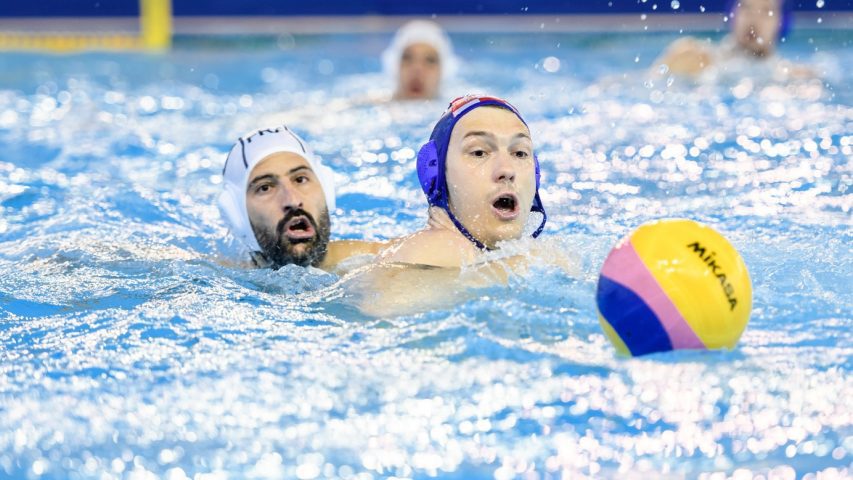 Hungary and Croatia will play in the fifth-place match at the Final Eight of the European Qualifications for the World League in Podgorica.

The Hungarians edged out Greece(14:13) in the first semifinals for places 5th-8th. Croatia defeated France (13:12).

There is no significant difference between 5th and 8th place in competitions like the tournament in Podgorica. All teams that lost in the semifinals play for pride. Sometimes, better recovery from the quarterfinal losses can be crucial.

This time, Hungary and Croatia emerged as winners in close contests. A goal separated the rivals at the end of each match.

Both games had thrilling finishes, but the scenarios weren’t similar. Hungary secured the win with three late goals. Croatia had a four goals advantage in the middle of the fourth quarter and managed to hold back France’s comeback attempt in the dying minutes.

Both teams had ups and downs in the first match of Day 2. In the end, Hungary prevailed thanks to a 3:0 series at the finish of the game. 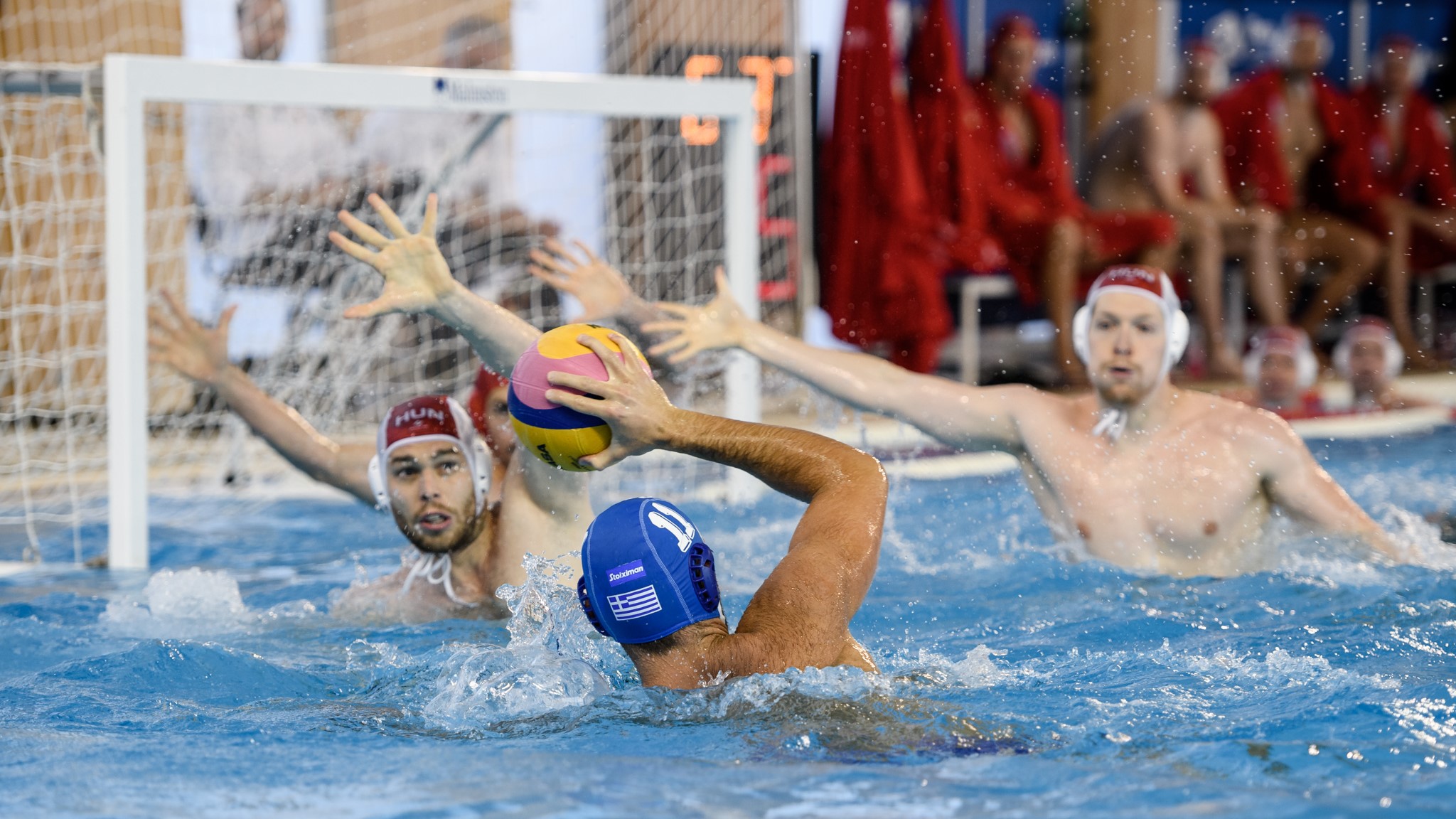 Greece, led by Konstantinos Genidounias, opened the match well and took a 2:0 lead. However, Hungary responded with five straight goals and earned a 5:2 lead midway through the second quarter. The European champions had a 7:6 advantage at halftime. But, Greece regained a lead (10:9) before the final quarter. 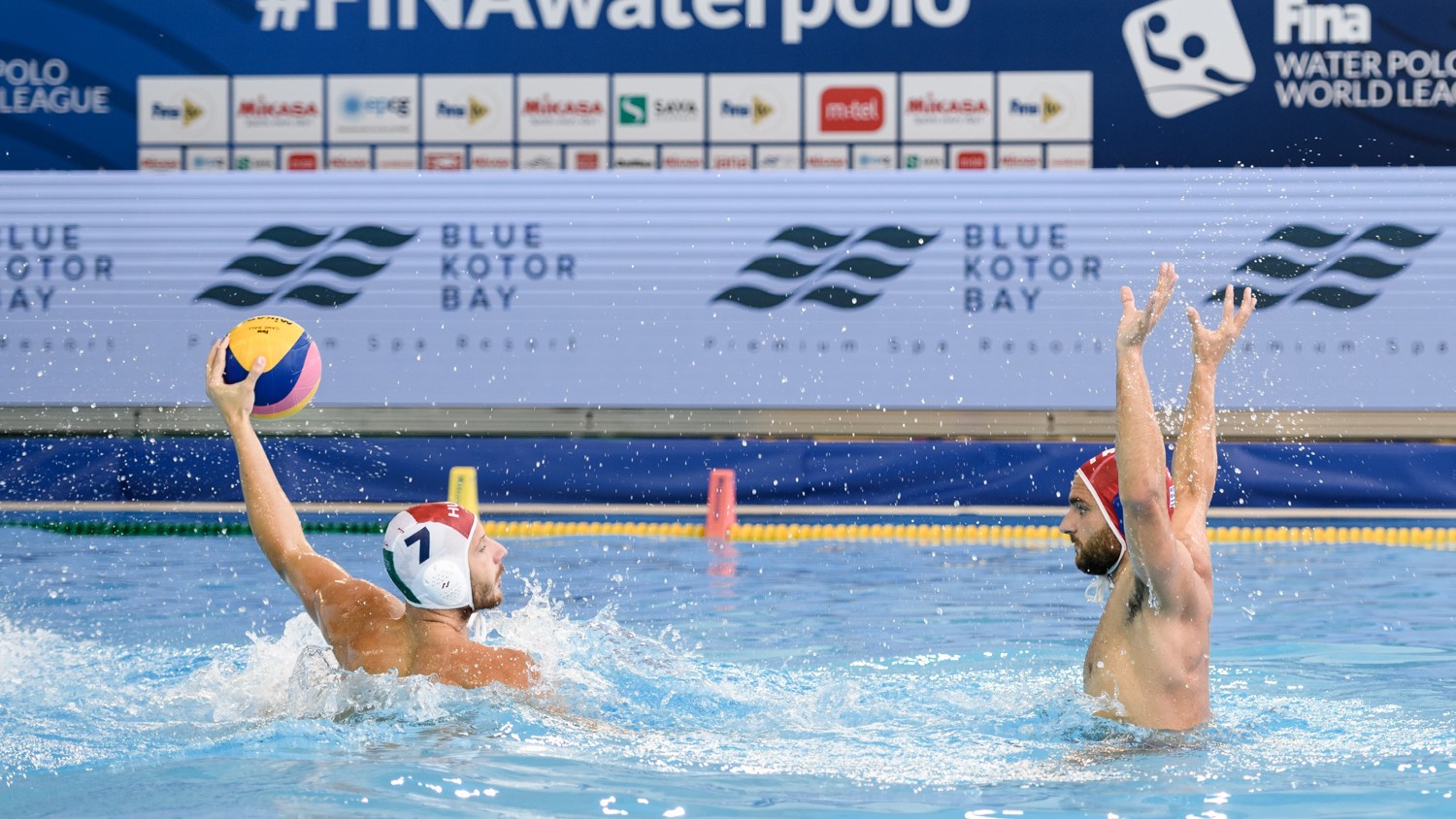 In the fourth period, Hungary leveled at 10:10 and 11:11, but Greece regained a lead on both occasions.

Two minutes and 12 seconds before the end, Burian converted a man-up to level at 12:12. The Greeks had an extra player immediately after but missed and they paid for it. At the other end of the pool, Gergo Fekete scored an action goal and gave Hungary a 13:12 lead. Then, Konstantinos Genidounias had his shot blocked, and the Hungarians started a counterattack, which ended with Gergo Zalanki’s goal for 14:12 with 40 seconds to go. Argyropoulos scored a consolation goal for Greece.

The Croats led for most of the time, but France kept up with them for three quarters. After a 2:2 first quarter, Croatia opened the second period with two quick goals (Zuvela and Kharkov) to build a 4:2 lead. The Croats maintained a 2-goal difference for a while (5:3, 6:4). Still, the French caught up with the rival before the end of the first half and went ahead twice in the third period (7:6 and 8:7). But, the Croats struck back strongly – with three goals in a row and regained a 2-goal lead (10:8). France’s Marion-Vernoux scored the last goal in this period (9:10), and everything was open before the last eight minutes. 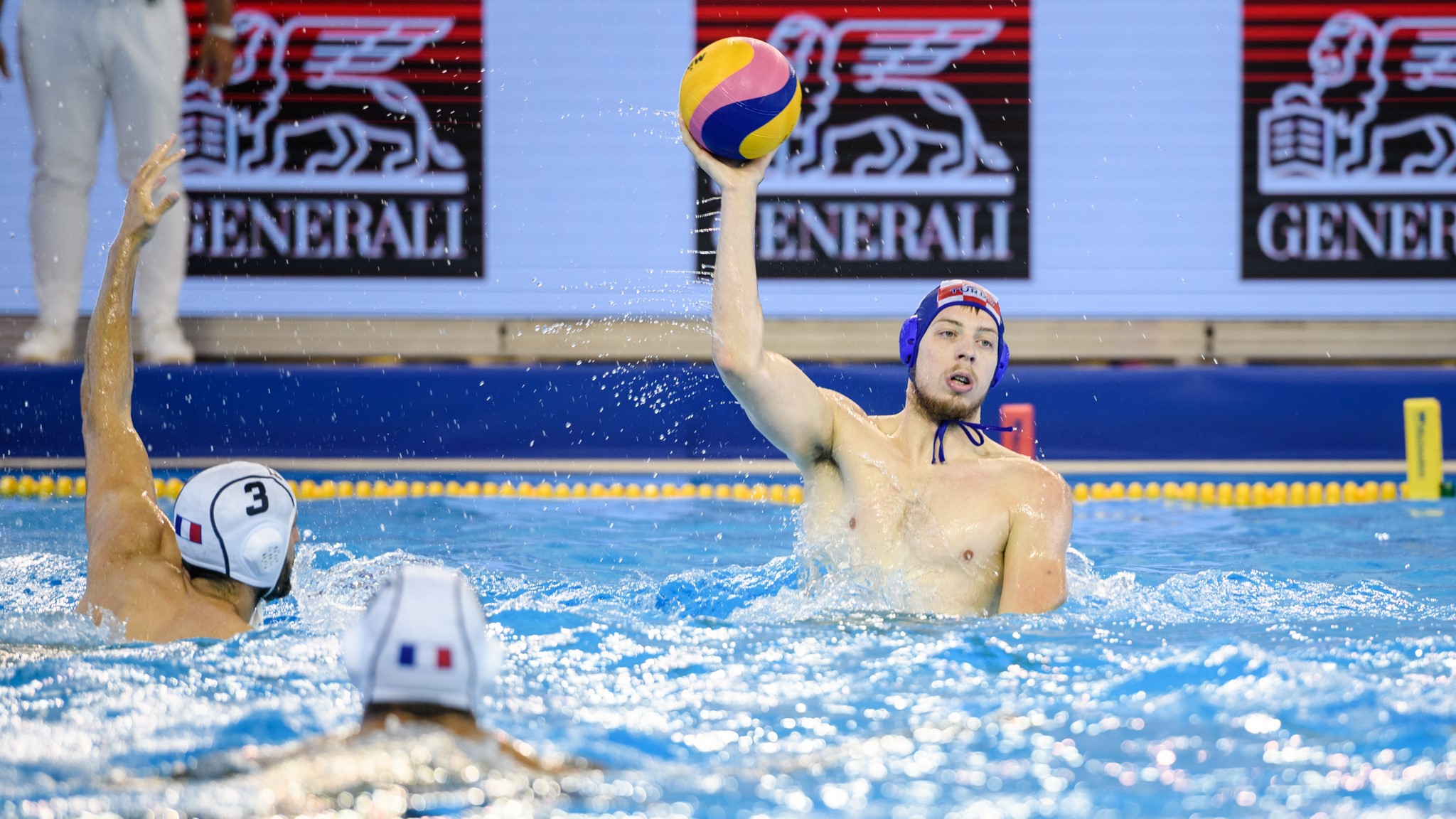 Croatia got off to a flying start in the fourth quarter. The man of the match Konstantin Kharkov, who played his second game for Croatia today, converted a penalty for 11:9. Shortly after, he scored an action goal. Ante Vukicevic added another and Croatia jumped to a 13:9 lead (27th minute). It seemed that everything was decided. But, France didn’t say its last word. The French were able to cut the deficit to one – 12:13 with 59 seconds to go (Marzouki). Still, Croatia saved the win. 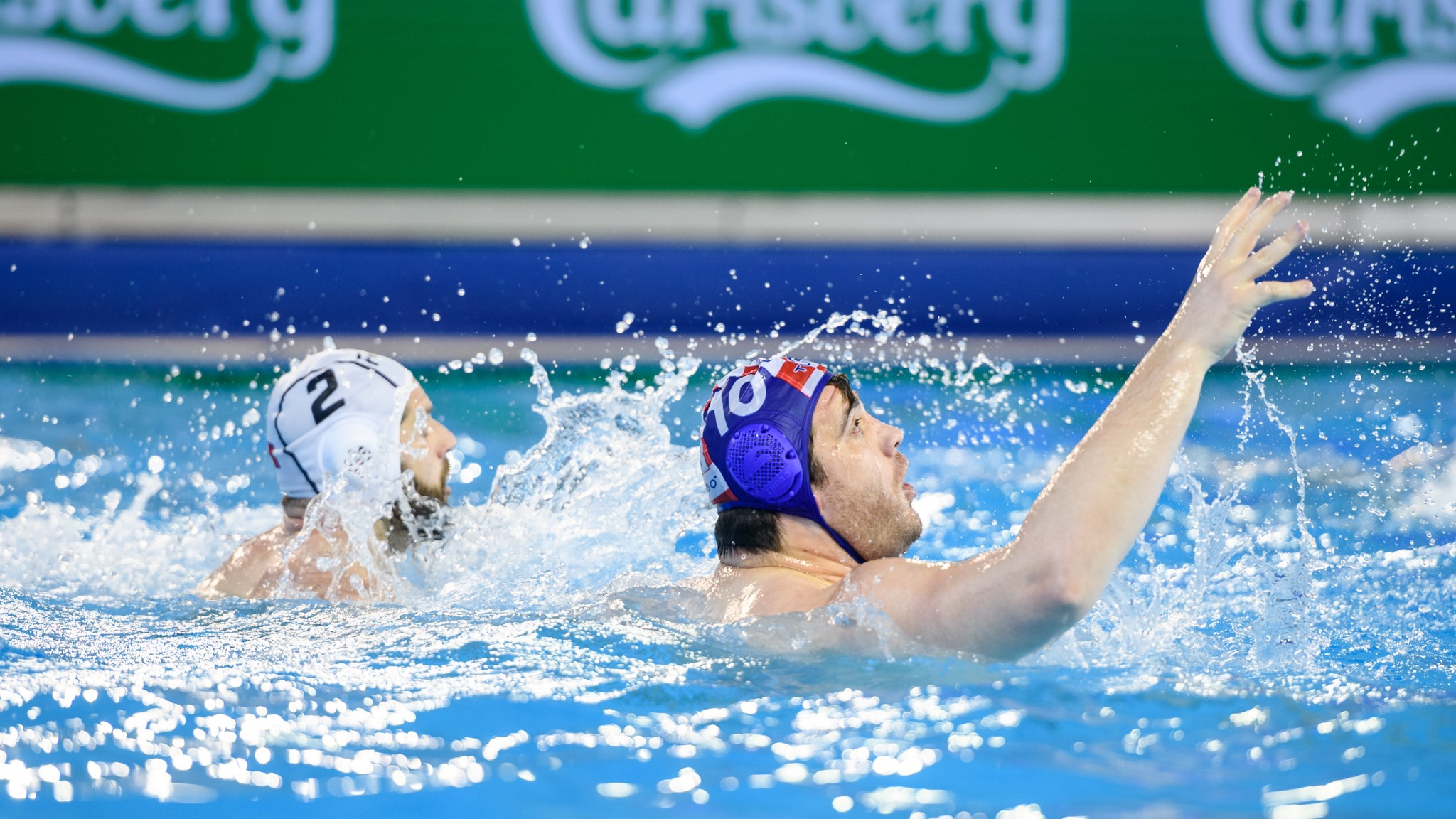