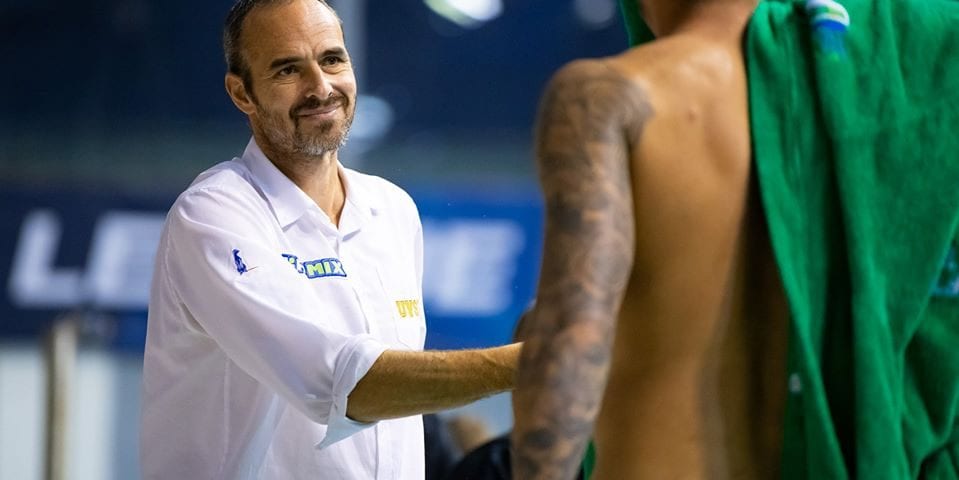 Tibor Benedek, one of Hungary’s best players of all time and a former head coach of the national team, won’t work in water polo anymore.

The three-time Olympic champion, who was UVSE’s head coach from 2018 until the start of May, announced that he had withdrawn from all activities in water polo.

As of May 1, I will retire from all water polo-related activities and in the following years, I will only participate as a fan in the life of Hungarian water polo and in the further professional work of UVSE.

I would like to thank you for the three and a half years spent in the club, during which I received a lot of love, support, and trust from the leaders of the club, especially from president Peter Lovas and my colleagues.

Special thanks to all the young athletes I was able to teach. I loved being a Master (coach), I got almost the same joy from him as a player and I am proud of the team I worked with for a season and a half. Overall, I can say that as both a Federal Captain and a Youth Coach, I got everything I could, unfortunately, I couldn’t win everything, but I don’t want to look insatiable.

I do not wish to make any statement other than this announcement, the reason for my decision is purely private.

I am delighted to be replaced by a great professional to whom I will hand over the management of the senior team for the remaining months with a calm heart, and whose identity we will soon inform our water polo friends.

He retired from the national team in 2008, while he stopped playing water polo in 2012. Benedek finished the career as Pro Recco’s player.

Benedek’s biggest success in the coaching job was the gold medal at the 2013 World Championships in Barcelona. That was Hungary’s first gold at the Worlds after ten years.