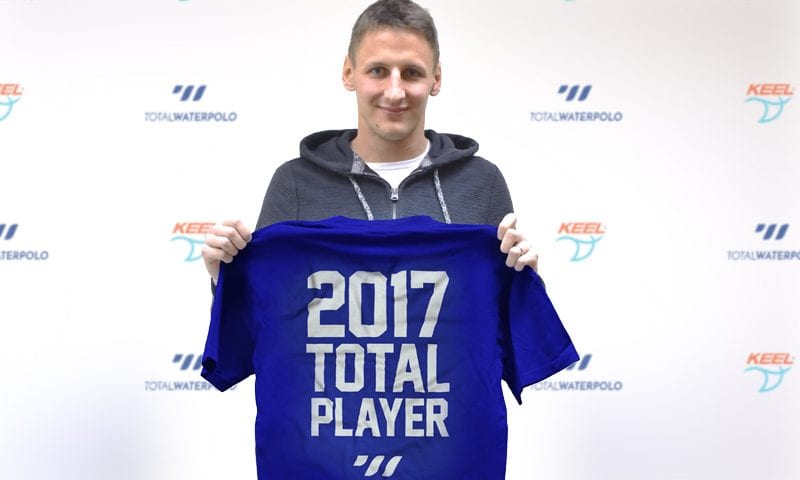 Without delay, Total Waterpolo is proud to bring you the exclusive interview with our first Total Player of the Year, World champion, and Croatia’s current team captain Sandro Sukno. He takes us back to his humble roots, talks about the past and upcoming season, as well as water polo in general. Get to know your Total Player 2017. 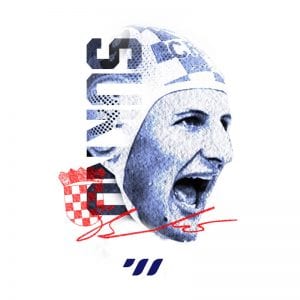 Sandro, first of all, congratulations on winning the first ever Total Player Award – the finest coaches and experts around the world have recognized you as the best of 2017. Your thoughts?

I’m very glad about the received recognition and applaud the social aspect of this award. I’m looking forward to donating a set of limited edition equipment to lesser water polo communities considering that our sport can use all the exposure it can get.

Thank you for taking the time to sit with us – water polo fans around the world want to get to know their Total Player of the year, so let’s start where it all began.

Water polo. Your father played it, your brother played it – Have you ever even considered to take up anything else?

My family did influence me, but the biggest impact probably had my little hometown by the sea – Cavtat, close to Dubrovnik. I grew up 20 meters away from the local water polo pool, literately a stone’s throw away.

During the whole summer, I would get up in the morning, immediately grab my beach towel, a water polo ball and head to the pitch. As kids, we spent whole days in that pool…playing, shooting… And that’s how I fell in love with water polo as a kid. I started practicing it at VK Cavtat and began my training, interestingly enough, without ever actively practicing swimming before. 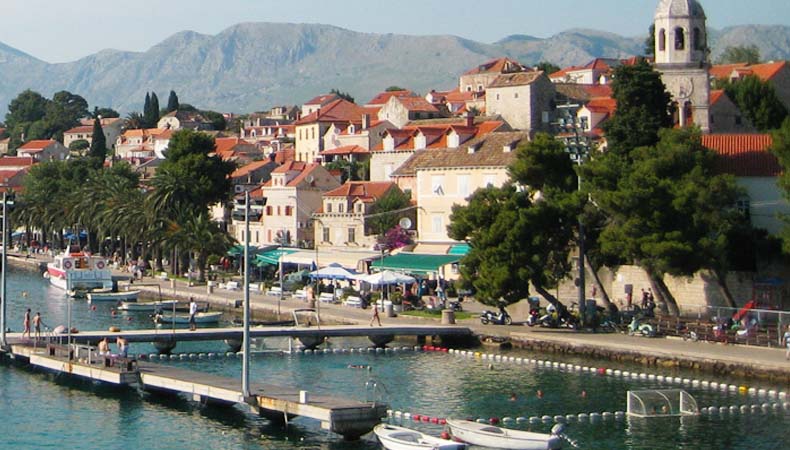 The local pool in Cavtat – where it all began.

Very enviable roots. Growing up, at what moment in time did you realize that you have the potential to become a truly great player?

Honestly, I never looked at it that way. I can’t say, that I ever planned to financially secure myself by practicing water polo. My passion for the sport is what has always guided me. The circumstances in Dubrovnik back in these days were very different from todays. For example, during the winter, it was very cold, which I absolutely cannot stand. The pool, covered by a simple airdome, could not be heated and every workout was a struggle. If I didn’t love the sport, I would have definitely quit. That’s why I want to help out and donate a set of the Total Player equipment to my first club, VK Cavtat.

When I transferred over to Jug Dubrovnik’s youth divisions, all that became a little more sophisticated – my talent alone wouldn’t have meant anything though, without hard work and sacrifice.

Who were the coaches with the biggest impact on your career?

My first coaches in Cavtat were coach Milan Trkulja and Pavo Pulić, who taught me my “first steps”. Later when I joined Jug I slowly advanced to the men’s team thanks to Željko Milić, Aljoš Lončarić, and Ivica Čular.

At that moment Emil Nikolić definitely had the biggest impact on me because he gave me a chance to play for the men’s team as a junior athlete – a team which back then tended towards the top positions in the national and international championships. When you train in that kind of company, you can learn a ton of things and improve rapidly. 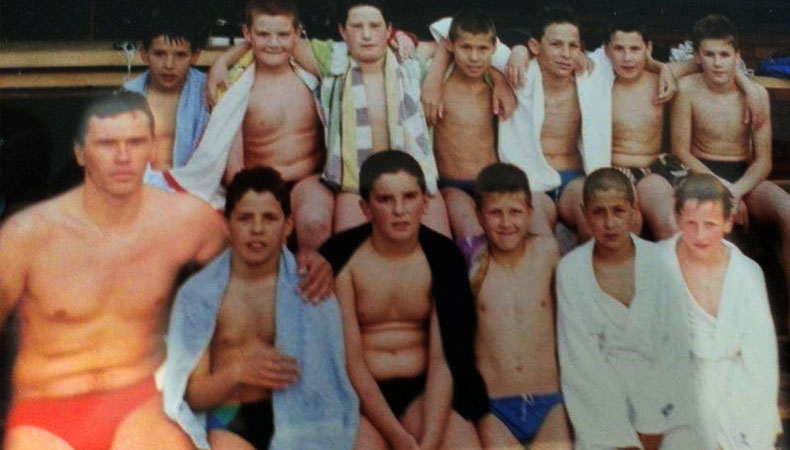 Every player at Jug during that period was world class. I watched players playing my position and followed what they did during practice and game time. So I ended up extracting all the good things. That helped me learn a lot, but I can’t say that I had that one special idol which I looked up to.

I can be very grateful to have been able to spend my years of development surrounded by top class players because playing in a team of winners has a bigger impact on your growth than playing in a losing team.

That winning mentality in mind, what goes through your head during the most difficult times of a match? What drives you when you can’t seem to match up to your opponents?

It is always the opponent who draws out something more from you. The better the opposing team, the higher is your motivation to win. That is the beauty of sports and I believe that every athlete enjoys outwitting and overcoming their competitors.

We did exactly that during the past summer in Budapest. As the tournament progressed, we grew with every game and were rock solid during the knock-out stage, thus becoming the world champions.

You mentioned Budapest 2017 – what is your view on the past season as a whole?

Only the 1st place is recognized at Pro Recco. The team is constructed for exactly that purpose, we are the frontrunners at every championship, in every game. This exceptionally motivates opponents facing us, which makes it so much more difficult to play. Unfortunately, history from the season before repeated itself, where you lose a single game and the whole season is perceived as a failure.

We did win the trophies from the national competitions, though. Now we plan to work even harder in this present season to correct and lift this psychological blockade, which we had during the final six and rightfully dropped out in the semi-finals.

After wrapping up the club season, preparations for the national team began. That’s when I had my injury which endangered my participation at the world championships. I never gave up though, sat out the world league and hoped for my finger to heal in time. The doctors did a great job on the band-aid and in the end, everything worked out perfectly: We won the world title and I didn’t injure myself any further. 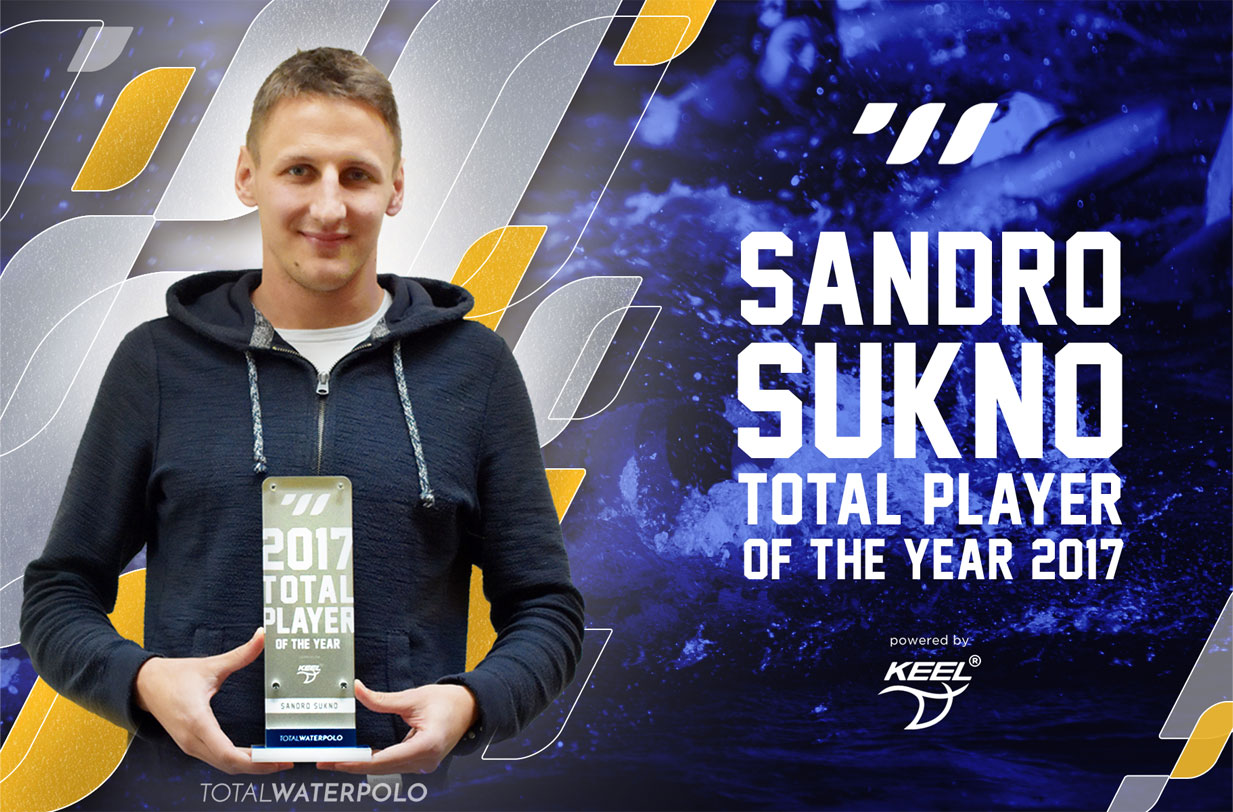 Looking forward to the next season – can Croatia repeat their performance and grab the European gold in Barcelona next year?

We have a consistency when it comes to medals since 2007, which makes us a serious contender, but the deciding factor will again be in the details. We have to continue with the same drive and effort and give it our best in order to continue our success. This will make our team mature and again be the best in Tokyo 2020.

Looking even further down the road, what are your plans after your active playing career?

I still have a strong drive for playing and winning, so I don’t really think about what I will do after my water polo career. I will start thinking about that when I feel my active playing days coming to an end.

Water polo is facing many difficulties when it comes to exposure. What can be done in your opinion to further promote the sport?

A more sophisticated infrastructure would be more appealing for spectators – well-constructed open or half-open outdoor pools with big screens for replays to be displayed on. Settings we already see at the major tournaments. But with such projects financial issues present the biggest challenge.

Investments in marketing, bringing the events closer to the people. Who is playing, at what time, who are the athletes performing – there is a lot of basic information which need to be presented to the viewers to increase their interest.

We are the players, yet nobody asks us about anything. I think the more competent people should ask us and the coaches what can be done, which would definitely lead to some solutions.

Which was the very best, which the absolute worst moment of your career?

My favorite moment was definitely winning the Olympic gold with not even 22 years of age. That gave me strong motivation for my further career. Before that gold, Croatia had a long period without an Olympic medal. But we managed to play an excellent tournament in London and win the medal every athlete dreams of since their childhood without suffering a single loss.

The worst experience is that moment when you have a health problem. It makes you realize how powerless you are in fact.

Again, thank you Sandro and congratulations on your achievements – let’s wrap this up with your Top 5 picks for 2017.

Great call, all the best for the future.

The interview with our Total Player 2017 marks the conclusion of our extensive project from the editorial site – we will keep you updated on the “giving part” of the project as soon as we work out the details with our exclusive partner KEEL – stay tuned.
read more 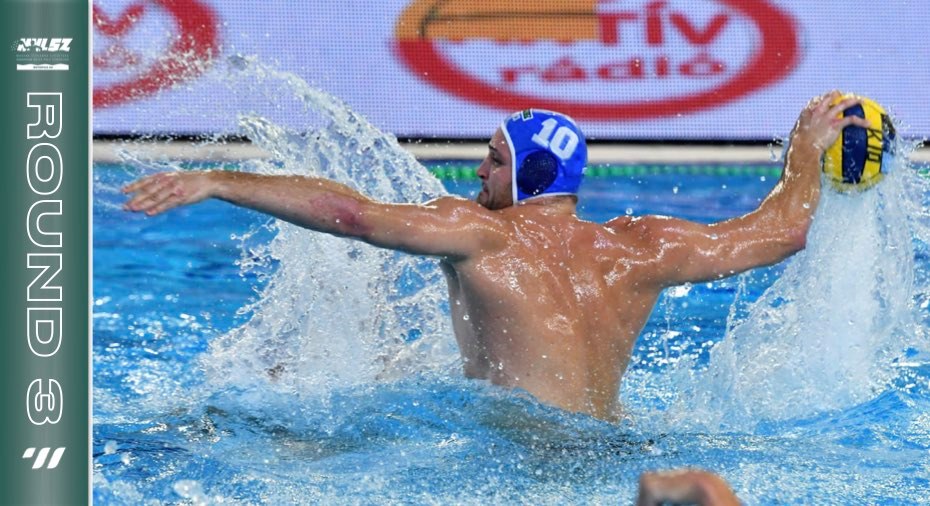 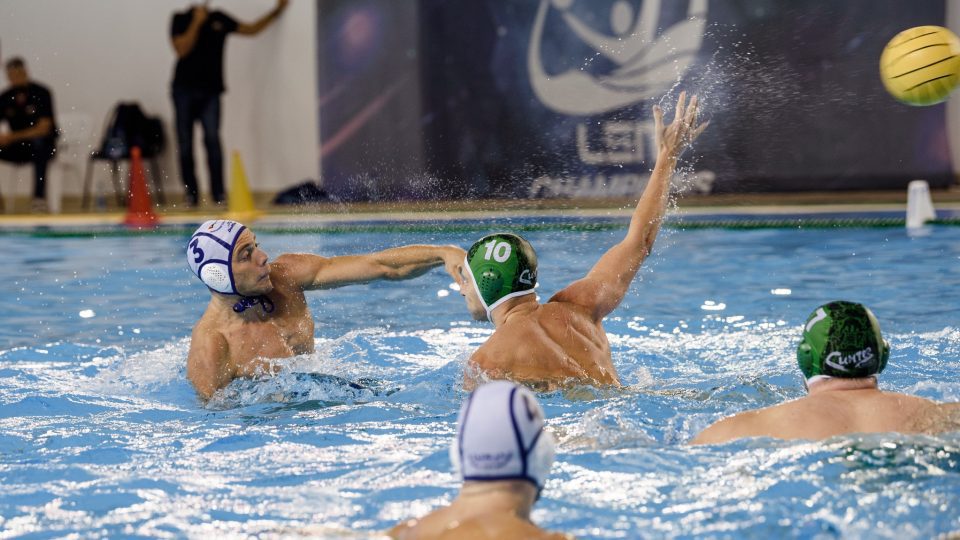