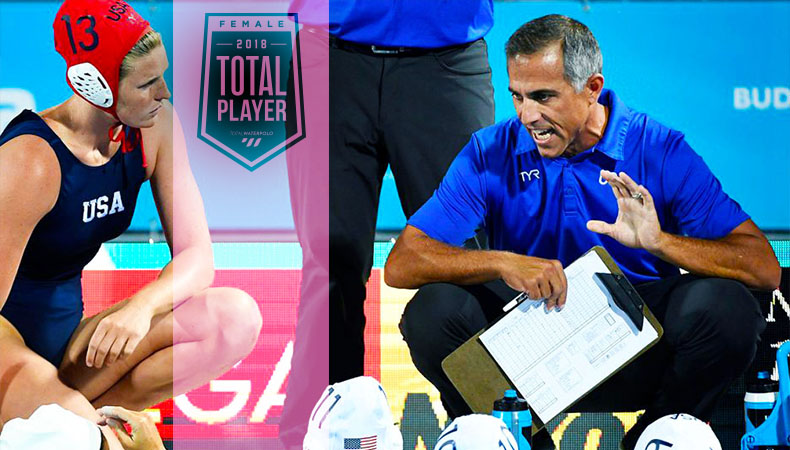 Adam Krikorian is the head coach of the USA Women’s National Team who brought two golds from the Olympics. The first one USA got was in 2012 in London, and the second one in 2016 in Rio.

He was also named the USA Olympic Committee Coach of the Games for 2016. There are 15 NCCA titles shared among his careers as a player, assistant coach, and head coach at UCLA.

“In effort not to be biased, I will decline to vote for any of my own players. Instead, the players I have selected below are from a variety of the different teams we face. This wasn’t easy, but in the end, I have taken into consideration their entire game (offense, defense, intelligence, leadership, etc.) and have chosen the 5 best overall. As hard as it was to separate the top 5 from everyone else, it was even more difficult to decide what order they should be. Here they are…”

“She helped her club team win the Euro League Championship and can change the game with her offense and defense.”

“Her team may have not won any medals this summer but you can’t deny the impact she has on every game. Her ability to score and work ethic are unrivaled.”

“Maud helped her team to Gold at European Championships and can play every position in the pool.”

“When you can’t decide between either Center, you pick both of them! Ironically, they are completely different players that still play the same position. I’m not sure there is anyone in the world who draws more attention than Maica. And Asamaki’s energy, toughness, and leadership make it difficult to keep her off this list.”

“Anni has seemed to be the most consistent player on a team that has been consistently good for the last 6 years.”