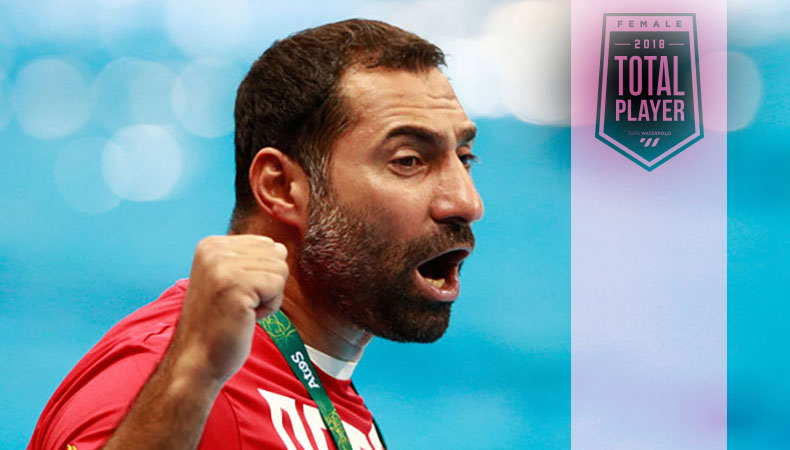 Gaidukov is the man behind the success Russian Women’s Team achieved lately. Only this year, Russia managed to get the silver medal at the World Cup and bronze in the World League. See who the former player and current head coach picked!

“Without a doubt, I wanted to mention Ekaterina Prokofyeva on this list. She’s a great player, as well as the brain and the heart of the team. But the coaching ethics do not allow me to vote for the players from my own team.”

“It’s hard being the best in a strong team, but Johnson does it, and manages to do it over and over again. She’s a reliable goalkeeper, and in tough matches, the goalkeepers are the key.”

“Megens is a player who’s dominating all over the pool. It’s mainly due to her endurance, which is quite fascinating at times, but also in the way she uses her advantage. The fact that she’s dangerous in any position makes a great combination.”

“Currently the best Center in the world. Garcia is a team leader with the characteristics every leader should have – she’s strong both physically and mentally.”

“Asimaki proved her quality time and again. Not only does she perform greatly in almost every match, but she also has a knack for tactical thinking. These skills allowed her to become and remain the leader of the Greek National Team.”

“Van der Sloot’s accuracy is unmatched. Every shot she takes is a threat, and every time she gets the ball, she’s dangerous for the opponent’s goalkeeper. Apart from her skill, she also led the Dutch National Team to victory.”