The next Juror in the Total Player 2018 Female Category is Attila Mihók, the coach of Dunaújvárosi FVE. The Hungarian club is mainly known for its women team, who has won eight National Championships since 2001.

In 2018, Mihók led his team to the Women’s LEN Trophy, beating Olympiacos with 13:11 and gaining the first title of the sort. See his pick for the Total Player!

“This year, Laura had the kind of season that other players can only envy. She won the gold medal at The European Championships with the Dutch team, and also the gold at the LEN Cup and Super Cup with Dunaujvaros. She played an important role in the success of both her teams. This was her top season of the career.”

“Sabrina has been the top player of the Women’s European Water Polo for a long time. She was the best player at the European Championships when they were first in Barcelona and she was third in the Euro League in Kirishi.” 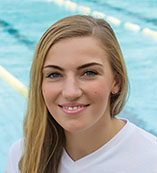 “Greta is a great individual of the women’s water polo in general. She is the dare-devil of the offense. This year, she was the winner of the LEN Cup, along with winning against Kirishi with Dunaujvaros in the Super Cup. In the European Championships, Greta’s nose was broken, unfortunately. Despite that, she played successfully with a special face protector in the semi-final match.”

“This year she has been one of the best players in Spain. Ortiz’s team was third in the European Championships and the Euro League finals with Sabadell. She’s a determinative and principally complex, qualified player.”

“Asimaki is practically a legend of the women’s water polo. She is a fantastic center forward. This year, she has reached the top of her achievements at the European Championships semi-finals against Spain.”