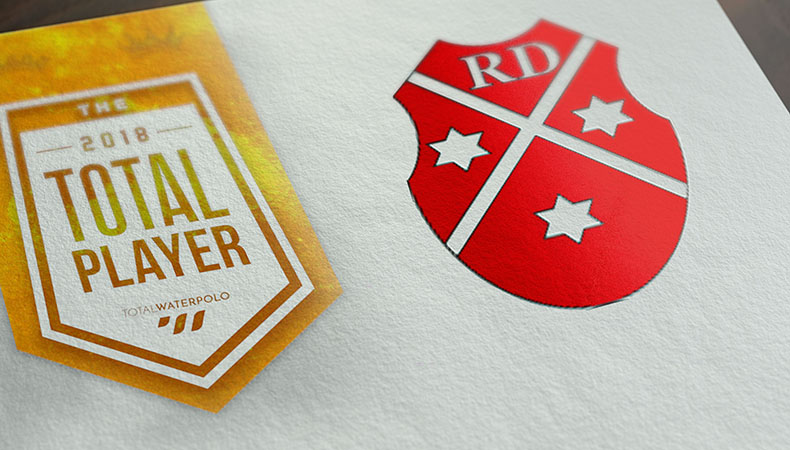 Dance.hr is a Croatian water polo portal founded a decade ago. Its foundations lay in the traditional water polo played in Dubrovnik, Croatia. The idea is closely related to the founding of VK Jug in 1923, as the word “Danče” represents a cove in which the first water polo players gathered.

As a cradle of Croatian water polo, Dubrovnik symbolizes the sport, and Dance.hr continues its fame. The portal is strick, analytical, and doesn’t miss a single piece of information important for the sport. They’re joining the Total Player Award for the second time with their detailed analysis of the players in the last season.

This year’s vote for the Total Player is much harder and more demanding for us, the jurors. Last year, Sandro Sukno, Andrija Prlainović, and several others players stood out from the rest. And those names were often seen on the lists.

The two above mentioned players would certainly be on this year’s list if it wasn’t for illnesses and injuries they suffered. Sukno, the last year’s winner, skipped the entire season. Prlainović received a ribcage injury that set him back on the Final Eight and prevented him from playing for the National Team, not to mention the European Championships.

As far as the voting process goes, firstly we separated those players who had a stunning performance at the two most important competitions. The result was about 12 names. The first two from our choice really stand out, but it was the little things that decided the rest. Some that also deserved their places on the list are Perrone, Bušlje, Fatović, and Nagaev.

“By far the best individual in Olympiacos. He scored four out of nine goals for his team in the Final Eight finals. What’s even better, he scored three goals from the positions unusual for him. Besides that, he contributed in many other ways in the win against Pro Recco in Genoa. At the European Championships, he wasn’t dominating so much, but he was the most effective player on dance.hr’s fantasy. That was easily shown through the statistics.”

“Ivović is easily the best Back of the last season. He’s the best in defense, where only Bušlje can come close to his play, and also in the offense – the field in which Merkulov might be joining him in the upcoming seasons. Some matches Montenegro played at the European Championships were a water polo school hosted by Ivović. There were impressive defensive reactions where he dominated, only to continue the same dominance in the next attack. All of this happened despite the opponents’ attention being focused on him. He was the key player for Pro Recco too, and now he’ll become the captain of the team. According to our fantasy, Ivović was the second best player of the Europeans.”

“Serbia won the fourth European Championships in a row, so we simply have to put someone from their team on the list. It was hard deciding who, though, because no one stood out explicitly. Apart from Mandić, Duško Pijetlović and Miloš Ćuk were the options. Ćuk had a somewhat worse club season, and Pijetlović missed the Final Eight. Mandić is a player who could become even bigger in times to come, especially when he takes Filipović’s role. Watching the last three key matches on the Europeans, Mandić was slightly above the average. We think he should have played a bit better in Genoa, but he’s the youngest player on the list.

“The only player on this list who haven’t played the European Championships. But he was so great with Olympiacos (along with Bušlje and Obradović) that he lifted the level of play in the competition. He had outstanding defenses and the experience worth of the finals. It’s no coincidence that Bušlje and Obradović were the only scorers and that Pavić had a 3/4 defense ratio. Apart from winning the game, they lifted the pressure off their teammates.” 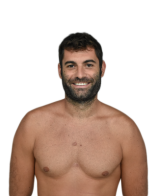 “Third with the National Team, fourth with the club, fifth on this list. Xavi played a great Championship in his Barcelona wearing the Croatian cap. He led the game and had the most passings – 19. His play exceeds in every segment and we can often see great moves, even in the defensive lines.”

“The Spanish National Team can be proud of having such a player among them. Ortiz mastered the shooting techniques and she still manages to surprise, despite the fact that the situations are not always ideal.”

“Van der Sloot has been in the top female players for quite a time now, and she does her best to stay there. We have to mention the European Championships, where she came out as the best players. The opponents have a rough time matching her energy.”

“The last two gold Olympic gold medals in the women category could easily be her doing. She’s one of the leading players in today’s women water polo and it’s no coincidence she’s the captain of her team.”

“A goalkeeper like we haven’t yet seen in women’s water polo. She blocks the unblockable shots and surprises both the opponents and the audience with her performance. Johnson got a well-deserved place on this list.”

“Even though she didn’t have the best season, Prokofyeva still managed to be among our Top 5 players. Overall, she’s one of the most influential players of today, which she proves with her dedication toward the sport and her play in general.”

If LEN and FINA had a sense for the times we live in, we would get much more, especially in 2018. if we were to get more details on the statistics of the big games and competitions, these votes would be much easier. But we don’t even have official information about the players, let alone the rest of coherent details we could have. To conclude, we need to have a more scientific and numeral approach to better analyze votes like these.