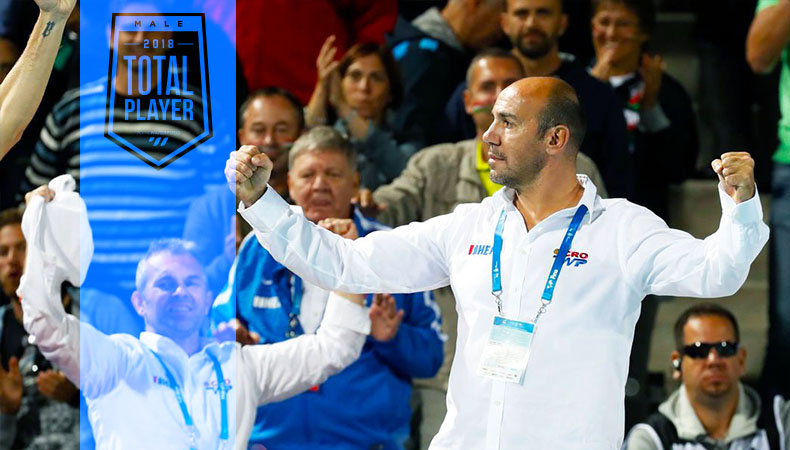 The man who led Croatia to the gold medal at the World Championships in 2017 and another one at the Europa Cup in 2018 – Ivica Tucak – joins the Male Category vote once again.

He’s been leading the Croatian National Team since 2012 when he took over after Ratko Rudić. In the past six years, Tucak won 10 international medals for Croatia and coached a lot of players whose careers are some of the most valuable in today’s water polo. Apart from making some of the greatest achievements as a coach, he had a rich playing career with a dozen clubs he’s been playing in.

Tucak has been the first Juror of the last year’s Total Player Award. Check out who he picked this year!

“Without a doubt, the best Back in the world at the moment. Bušlje is a player who can easily climb the top of the list.”

“Mandić is currently the best left-handed player in the world. Also, he was the player who was fully creditable for the gold at the European Championships.”

“Fountoulis is an extraordinary player of the Greek National Team and Olympiacos. He’s one of the best shooters around and certainly was the best at the European Championships.

“Along with Dušan Mandić, Ćuk is one of the players who were responsible for the European Championships gold. Maybe he was even the best Serbian player on the tournament.”

“A player who has been progressing rapidly in the last few years. With time and effort he invested into his play, he’s become one of the key players of his National Team, and especially in his club – CN Marseille.”