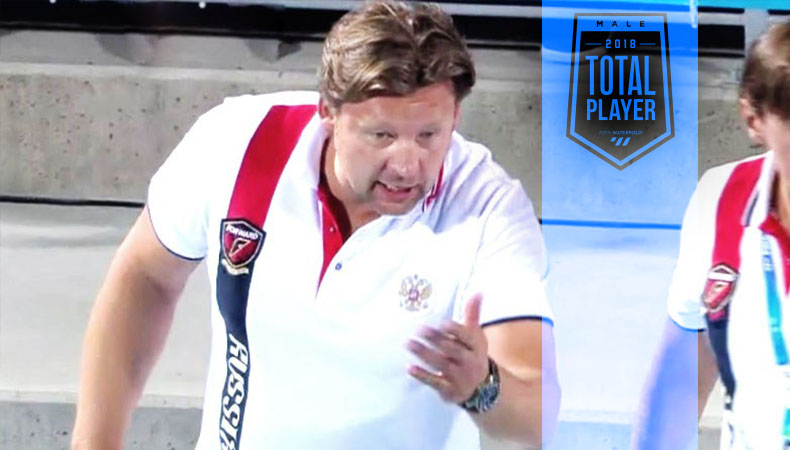 Back in the 90s, when Yevstigneyev’s playing career was at the peak, he won bronze medals at the 1994 World Championships and 1997 European Championships. After a pause in which he played for local teams, came 2015 and his coaching position. He took over the Russian Men’s National Team.

It’s been four years since then, with Yevstigneyev leading Russia to the World and European Championships.

“Prlainović is a leader, first of all. Even in difficult times during the matches, he’s able to find solutions. With a player like him, it’s no wonder Serbia found their way to the top and got another European gold.”

“As one of the major players in Olympiacos, Bušlje won the Champions League. As for the Croatian National Team, with Sukno being absent for the season, Bušlje easily overtook his place as the most important player in the team and as the leader as well.”

“At the moment, Ivović is one of the strongest players in the world. He’s the main weapon of the Montenegrin National Team with which he won the gold at the World League.”

“It’s been an unforgettable season for Barceloneta thanks to this man. He was an excellent goalkeeper as his net rarely shook while he boosted the team’s morale. The European Championships are where he outplayed all, helping his team winning the silver medal.”

“Fountoulis won the Champions League and became the top scorer. Apart from that, he’s a wise leader in the attack zone with the Greek National Team.”