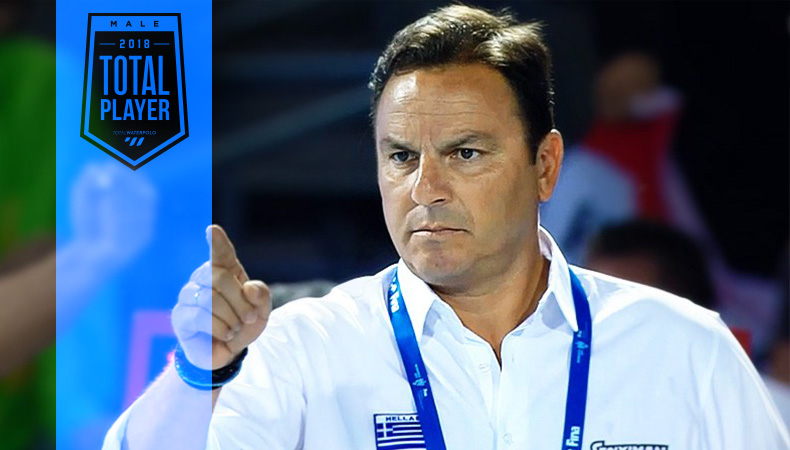 Thodoris Vlachos is the man behind the Greek upturn in the water polo world.

During his years spent in the pool, Vlachos won numerous titles with Olympiacos, as well as achieving good results while playing for the Greek National Team. After the retirement, he became an assistant coach, then the head coach of Olympiacos in 2011.

Since the day he started coaching Olympiacos, he delivered 6 consecutive titles in the Greek League, along with 5 Greek Cups. Though one of the greatest achievements in his coaching career was the last year’s Champions League title in Genoa, where Olympiacos beat Pro Recco in the finals, completing a Triple Crown.

“He had an excellent continuous performance throughout the years and especially in the three final games in Genoa. He was an amazing leader who offered everything to Olympiakos at the LEN Champions League.”

“His contribution to Barceloneta in the Champions League was huge, given the fact that they won the bronze. Apart from that, his performances during the European Championships in Barcelona with the Spanish National team was priceless. They really deserved that silver medal.”


“This man is characterized by the stable performance in Olympiacos, as well as his impact in both matches and groups during the Final 8 in Genova. Moreover, he’s been the leader of the Croatian National Team, offering a lot in order to achieve the Europa Cup and the bronze medal in the European Championships in Barcelona. All of this got him on this list.”

“When we mention Perrone, we are talking about the “mind” and the player who changed the whole game in the Spanish National Team. He also showed a necessary quality in order to win the bronze medal at the European Championships in Barcelona.”

“He was one of the biggest players in Recco during the whole year and until the Champions League Final 8 as well. He has also been very valuable in the Serbian National Team, getting the gold medal during the European Championships in Barcelona.”