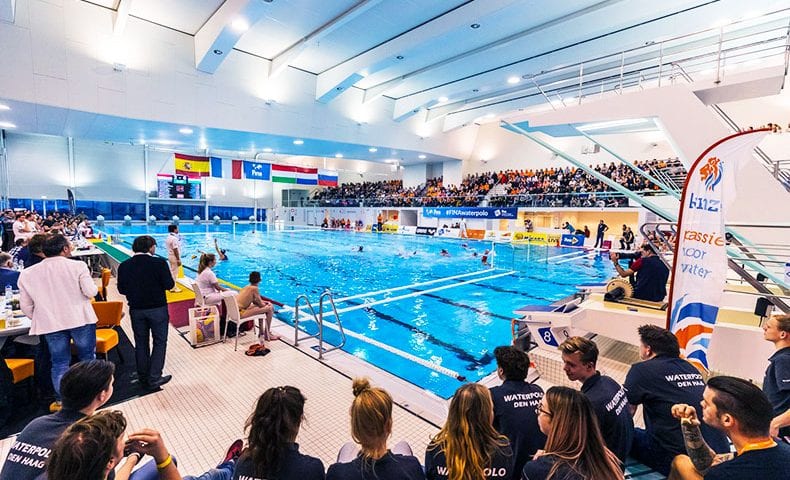 From March 29-31 the best European women’s water polo teams will play in the evocative setting of the Palazzo del Nuoto (Pallanuoto) in Turin, Italy, in the Final Six tournament of the Europa-Cup.

The kick-off is on Friday, March 29 at 3.30pm with the first of the two matches valid for quarters final, Hungary vs Greece. Soon after Spain, world silver and European bronze medalists will face the European champions from the Netherlands.

The winner of the match between the Iberians and the Oranges will meet Saturday the Italian team, Olympic silver medallists in Rio 2016, who qualified directly to the semifinals for having topped Group A in the preliminary phase of the competition.

On the other side of the board, Olympic and World bronze medallists, who also qualified directly for the semifinals finished on top of Group B at the preliminary phase, will be facing either the Magyars or the Hellenic. The first three will qualify for the Super Finals of the World League, with Hungary already qualified as the host team, scheduled in Budapest from June 4-7. The overall winner will be the first qualifier for the Tokyo 2020 Olympics.

The Europa-Cup Final will be played according to the new rules approved by the extraordinary FINA congress last December, in Hangzhou. This is the first time that the new rules are enforced at such a high international level.

An added value of the tournament at this time of the year is that it will serve as a very significant test in view of the World Championships that will take place in less than four months in Gwangju, South Korea

Given the importance of the tournament, all teams – the strongest in Europe and in the world together with the United States and Australia – have arrived in Turin in good shape and with the best players in their respective roster.