Twelve hopes, but only three Olympic tickets are available in Rotterdam 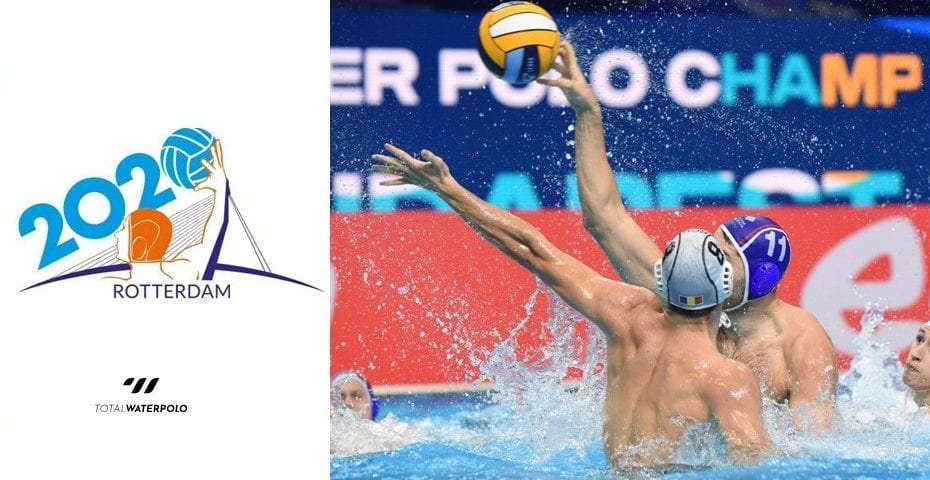 Twelve teams will battle for the remaining three Olympic berths from Sunday until the end of the next week. Tomorrow, the men’s Olympic Qualification Tournament (February 14 – 21) begins in Rotterdam (Netherlands), Europe’s largest seaport.

The teams are split into two groups of six.

The tournament will be held at the Zwemcentrum, which was opened three years ago.

The first four teams from each of the groups will go to the knockout round – the quarterfinals. The first three ranked sides will qualify for the Olympic Games.

Each of the 12 teams has its Olympic dreams, but all participants and water polo lovers are aware that three teams stand out as favorites in a race for the remaining three tickets – Croatia, Montenegro, and Greece.

Croatia, the 2012 Olympic champion and the runner-up in Rio in 2016, was very close to earning an Olympic berth at the previous three qualifying competitions. Croatia won silver in the 2019 World League, bronze at the 2019 World Championships, and finished 4th at the 2020 European Championships. The Croats don’t want to miss the last chance to take a ticket for Tokyo. Since its independence, Croatia hasn’t missed the Olympic Games and has won three medals (gold in 2012, silver medals in 1996 and 2016). 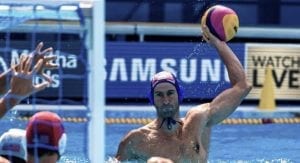 The Croats didn’t open the year in the way they wanted. They finished 7th at the European qualification tournament for the World League in Debrecen (losses to Montenegro in a penalty shootout -14:15 and Hungary 11:13, and a 17:5 win over France). Their last preparations matches were games with the USA in Zagreb last week (a 21:22 loss after a penalty shootout and a 14:10 victory). All in all, it would be a big surprise if Croatia doesn’t earn an Olympic berth.

Many Croatian and Montenegrin players won Olympic medals playing for the national team of Yugoslavia. One of them is Montenegro’s coach Vladimir Gojkovic (silver in Athens in 2004). Montenegro has been keeping the continuity of the Olympic appearances since the country’s independence, like Croatia. But the Montenegrins haven’t won a medal, although they reached the semifinals three times. They are coming to Rotterdam encouraged by a good result in the World League Qualifications. The Montenegrins won 2nd place in Debrecen after wins over Croatia and world champion Italy (14:10), and a loss to the Greeks (7:12) in the final match. Their last test before the qualifications was an International tournament in Podgorica, where they finished 2nd , behind the USA and ahead of Serbia. 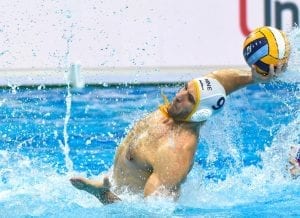 The Greeks entered the year as best as they can – winning 1st place in the World League Qualifications in Debrecen, and that result was quite surprising. Greece cruised to a win over France (12:3), then they defeated two favorites – the 2019 World Championships silver medalist Spain (12:11) and Montenegro (12:7). They are in good shape, despite the fact that the Greek League has been suspended since November, and many of the members of the national team haven’t played many matches since the start of the season. 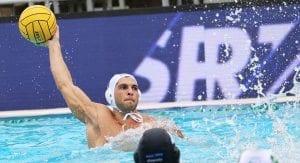 Greece has been a regular participant in the Olympic Games since 1980. But they advanced to the semifinals just once and finished 4th. It was in 2004 when Greece was the host in Athens.

Which European teams can surprise?

Besides three favorites and home team the Netherlands, six teams will represent Europe in Rotterdam: Russia, Germany, Georgia, Romania, Turkey, and France. According to the competition system, only the four best non-already qualified teams from the European championship (Montenegro, Croatia, Greece, Russia) and host the Netherlands earned the right to participate in the Olympic Qualifications. But, no teams from Asia, Africa, and Oceania applied to participate in the Rotterdam tournament. Argentina withdrew after the draw, and the teams ranked 9th-13th in Budapest were invited to play in Rotterdam.

It isn’t easy to predict what these teams are capable of at the moment. Of course, some of them can make surprises, while their mutual matches can be very interesting and exciting. Most of the six teams are at a similar level.

Konstantin Kharkov (RUS) was the best scorer of the 2020 European Championships with 21 goals Photo: HAVK Mladost

Russia and Germany are the strongest teams in this circle. They will battle for 2nd place in Group B, behind Croatia. If they reach 2nd place (or even surprise the favorite and got on the top), the spot in the semifinals will be very close.

The Germans’ problem is a lack of matches since their national championship hasn’t started yet. All members of the national team play for German clubs.

France, which played at the 2016 Olympic Games, and the Netherlands have experienced teams, but both sides disappointed their fans at the last year’s European Championship. The French made progress later since they reached the quarterfinals of the World League Qualifications. But, they suffered three big losses in Debrecen. The French Federation has invested a lot in water polo in the last few years. Many foreign players joined the French clubs, and there is no doubt that the national team will make significant progress until the 2024 Olympic Games in Paris. 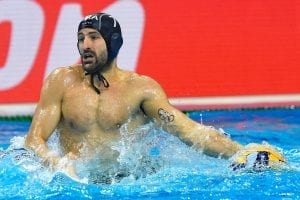 Romania rejuvenated its squad. A 39-year-old Cosmin Radu is still on the roster, and Romania is a team that other rivals shouldn’t underestimate.

Georgia, with a new head coach Dejan Stanojevic, and Turkey also hope that they can surprise. These two teams have never played at the Olympic Games. 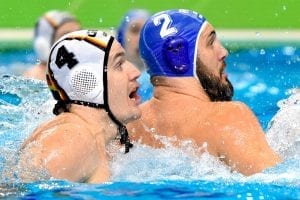 Olympic Games: –
Major competitions in the last two years– 2019: didn’t qualify for the World Championships, didn’t play in the World League; 2020: 10th place at the European Championship, eliminated in the preliminary stage of the World League qualifications, but qualified for F8 as a host.

Canada and Brazil have taken the preparations for Rotterdam very seriously. The Canadians arrived in Europe in mid-January. They trained alongside Pro Recco for three weeks. The key person for this partnership is Giuseppe Porzio, one of the most successful coaches in Pro Recco’s history. Porzio has been coaching Canada since 2015.

The Brazilians also planned to come to Europe a few weeks before the tournament. They agreed on joint training with Germany, but the travel restrictions, caused by the pandemic, ruined that plan. The Brazilian citizens weren’t allowed to enter Germany. So, the team arrived in the Netherlands directly from Rio de Janeiro.

The two national teams haven’t had official matches for a long time, but the biggest stars of both teams are in good shape since they play in Europe. Canada’s center-forward Nicolas Constantin Bicari has been Ferencvaros player for a while. Brazil’s goalkeeper Slobodan Soro plays in the Serie A1 (Lazio), and striker Gustavo Guiamares in Spain (Mataro)

Brazil and Canada can reach the quarterfinals. The non-European teams will face each other tomorrow in the first round, and that match is one of the crucial games for both sides. 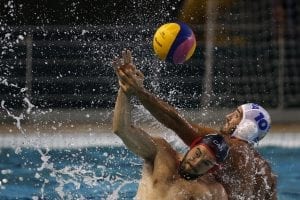 All matches will be broadcast live on FINAtv.