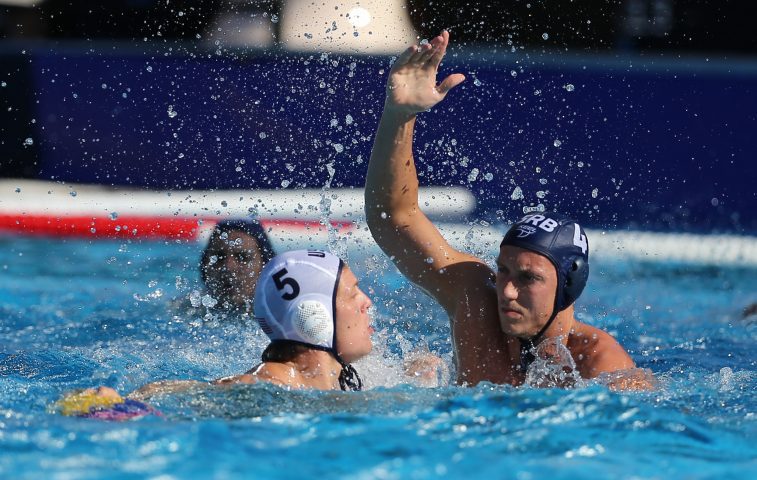 Two reigning champions didn’t win medals at the 19th World Championships in Hungary, but they finished the tournament with wins.

Olympic champion Serbia beat Team USA in the 5th-place match (13:10). In the second quarter, Serbia built a 4-goal lead (8:4), and didn’t let the Americans come back.

For the first time in history, the male Hungarian national team didn’t win a medal at a major water polo tournament played in Budapest.  Hungary played well in defense in the 7th-place match and defeated Montenegro – 8:6. The first three periods in which Hungary conceded only three goals were crucial for the outcome

The first encounter between Serbia and the USA at the 19th World Championships turned into a flood of goals. Serbia won 17:13. Today, both defenses were better.

There were a lot of goals in the first quarter of today’s duel (3:3), but Serbia took control after the first break. The Olympic champions opened the second quarter with three straight goals in less than three minutes (S.Rasovic from a penalty, Randjelovic, and Mandic action goals) for a 6:3 lead. In the middle of the quarter, Team USA’s coach Dejan Udovicic switched the goalkeepers (Holland replaced young Weinberg, who was a hero of the win over Hungary).

Still, it didn’t stop Serbia’s shooters. In the 14th minute, Mandic stretched the margin to four (8:4). However, the Americans netted two late goals in this period (Dodd and Hallock) to half the difference (6:8).

According to the plan, Lazar Dobozanov jumped into the water in the second half to substitute Serbia’s captain and goalkeeper Branislav Mitrovic.

The Serbs restored a four-goal lead in the middle of the fourth period. Strahinja Rasovic converted a penalty, Marko Radulovic scored with an extra man, and the Olympic champions gained a 10:6 advantage. Serbia’s centers Lazic and Vico did a good job well. They forced a lot of exclusions, and the Serbian team converted most of these chances into goals. Bowen made it 7:10, but Lazic gave Serbia an 11:7 (it was Serbia’s 5th power-play goal). 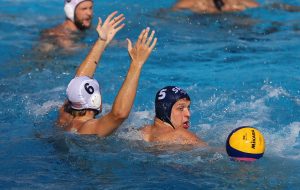 The Americans didn’t surrender. They did their best and reduced the gap to one twice – 8:11 and 9:12 (both goals were by Alex Bowen). They made many good opportunities, but Lazar Dobozanov was excellent. At 3:30, the Serbs defended with a double man-down (Dobozanov posted his 7th save). Shortly after, Sava Randjelovic found the net for 13:9. Ben Hallock’s consolation goal came too late – with 51 seconds to go.

All in all, Serbia can’t be unsatisfied with the Championships, although it returns home without a medal. It suffered only one loss (to Croatia in the quarterfinals). Team USA made a few steps further than at the Championships in Gwangju (9th place), and repeated the result from the Olympic Games.

The first quarter of the 7th-place match was a defensive battle. Adam Nagy scored an action goal to break a deadlock in the 5th minute. It was the only goal in the first quarter. The Hungarians added two goals early in the second and went to 3:0. Dusan Matkovic put the Montenegrins on the scoreboard n the 12th minute. Shortly after, Montenegro had a chance to reduce the gap to one, but they lost the ball. The hosts started a counter-attack, which Jansik finished with a goal for 4:1. Markovic replied with a power-play goal for 2:4, but Maton Vamos fired the ball from a distance in the dying seconds of the first half, and the hosts rebuilt a 3-goal advantage.

Denes Varga stretched the margin to four (6:2) from a counter-attack (19th minute). Montenegro didn’t convert a double man-up in the next possession and their chances to win were slimmer and slimmer. Before the last break, both teams scored a goal apiece and Hungary entered the fourth quarter with a 7:3 advantage. 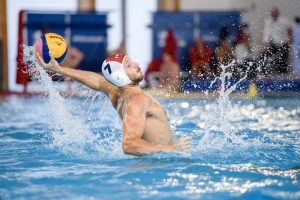 Zalanki gave Hungary an 8:3 lead. Montenegro goalkeeper Petar Tesanovic (who replaced Lazovic at halftime) posted several saves in the following minutes and helped his team to come back. Midway through this quarter, Perkovic narrowed the gap with two quick goals (5:8). Two and a half minutes before the end, Kanstantin Averka scored from a 6 on 5 for 6:8. Still, the hosts didn’t let Montenegro go further. In the last two minutes, the hosts killed the opponents’ two man-ups and secured the victory.