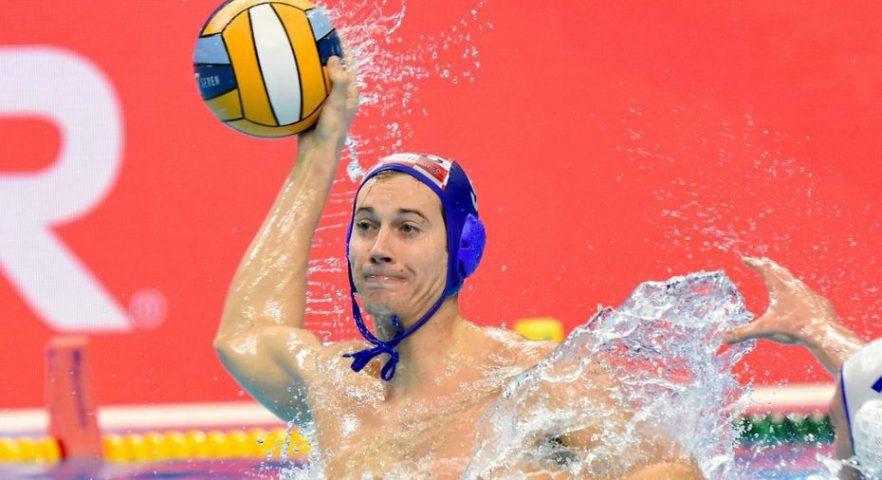 The seven-time European champion Partizan, which had big ups and downs in the past years, was on the edge of the abyss two years ago. The club managed to overcome a big crisis and composed a quite good team last summer. But, Partizan faced a mass departure of players after the end of the season.

Today, Partizan held a press conference. The club’s president Jovan Lazarevic, director Nikola Kuljaca and member of the Board, Filip Filipovic, spoke to the journalists.

They spoke about long-term plans, which include working with junior and youth teams as a primary goal. Young players are the future of Partizan’s first team.

The club leaders said that the team for the next season had been almost composed, but they didn’t reveal who would come to the club.

But, as things stand now, two Croatian players will play in Partizan next season.

Lovre Milos, who debuted for Partizan in January, will probably stay at the club. There are some technical details that have to be done regarding the renewal of the contract with Milos, Kuljaca said. He added that the newcomers would be presented in the following ten days.

It has been rumored for a while that Croatian center-forward Lovro Paparic, who played for Vouliagmeni in the past seasons, could join Partizan.

The club hasn’t confirmed the information yet, but Paparic, who started his career in Primorje Rijeka, told Croatian media that he had signed a contract with Partizan. Paparic was on Croatia’s national team’s extended roster for a while, but he wasn’t invited to the final preparations for the European Championships in Split. Because of that, he sent a letter to the Croatian Water Polo Federation. In the letter, he says that he doesn’t see himself in the national team and he doesn’t want to participate in the preparations until something changes, Croatian daily Sportske Novosti writes.

As for Partizan, the club leaders underline that their main objective remains the work with junior and youth teams, which had a pretty successful domestic season.

Filip Filipovic said that an experienced coach Dejan Jovovic returned to the club, and he will be a coordinator of the work of all age categories (including the senior team). Jovovic coached Partizan (and won the LEN Euro Cup in 1998), Radnicki, the clubs in Turkey, Egypt, the female and junior national teams, etc. In the last season, he worked at Novi Beograd as a coach of junior and youth teams. He guided Novi Beograd first team between Vladimir Vujasinovic’s departure and Igor Milanovic’s arrival.

Filipovic reminded that Partizan was even in a more difficult situation twenty years ago when almost all senior players left the club. Still, the club survived and played with a very young team (Filipovic was one of the leaders of the squad), coached by Dejan Udovicic. Many of the members of the team that was composed after that mass departure became superstars and Olympic champions.

Kuljaca confirmed that Partizan would play in domestic competitions, the Regional League, and the LEN Euro Cup.

Anyway, the team will be younger in the next season. There are rumors that Paparic won’t be the only newcomer from abroad, but let’s wait for confirmation.