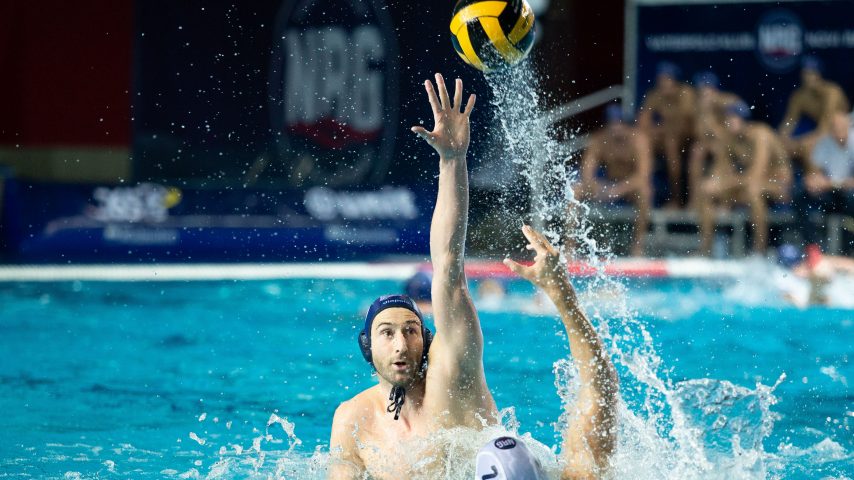 Day 3 of the Second Stage of the Premier Regional League offered a lot of excitement.

Four games were real thrillers. Everything was open until the very end.

The big match of the day in Group C in Budva was the clash of two champions – Jadran (Montenegro) and Radnicki (Serbia) that ended in a 12:12 draw.

Primorac caused a big surprise. The Kotor-based side played against favorite Novi Beograd. This match ended with no winner, too – 11:11.

An encounter between Crvena Zvezda and Šabac was very thrilling too. Crvena Zvezda emerged as a winner – 14:12. Partizan stormed past Mornar 19:8. 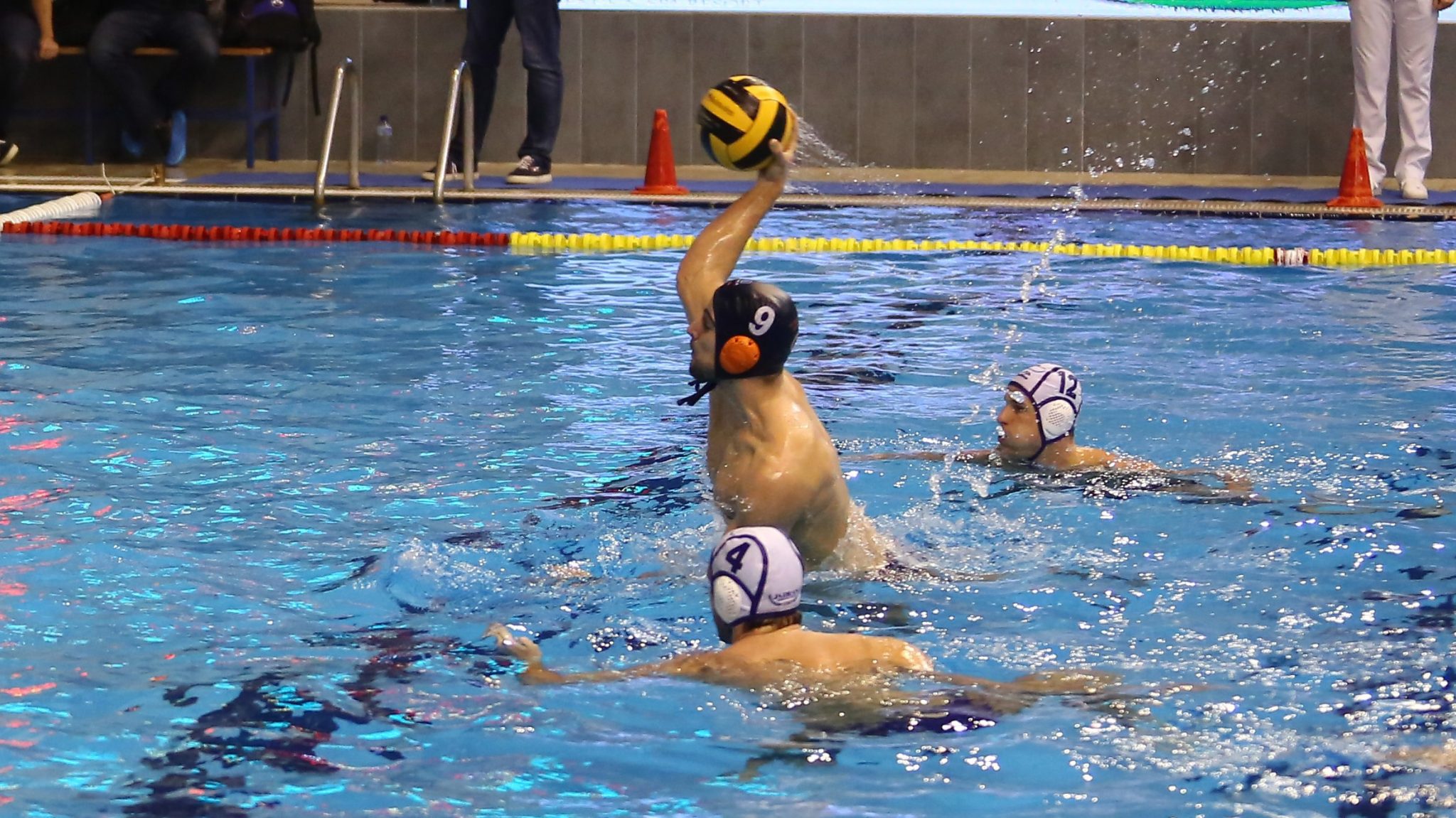 Solaris recorded a convincing win, but it needed a lot of time to secure the points. Budva fought hard in the first half, and it had a 1:0, 2:1 ad 3:2 lead. Then, the Montenegrins ran out of gas, just like in yesterday’s match against Primorac. Solaris turned around a one-goal deficit to a 6:4 lead. In the 28th minute, Budva scored its fifth goal (5:6), but the hosts couldn’t find the net in the last 12 minutes of the game and they are still with no points.

Jadran and title-holder Radnički shared the points. The Serbs were favorites, but they could be more satisfied with this outcome than Jadran, as they saved a point in dying seconds. 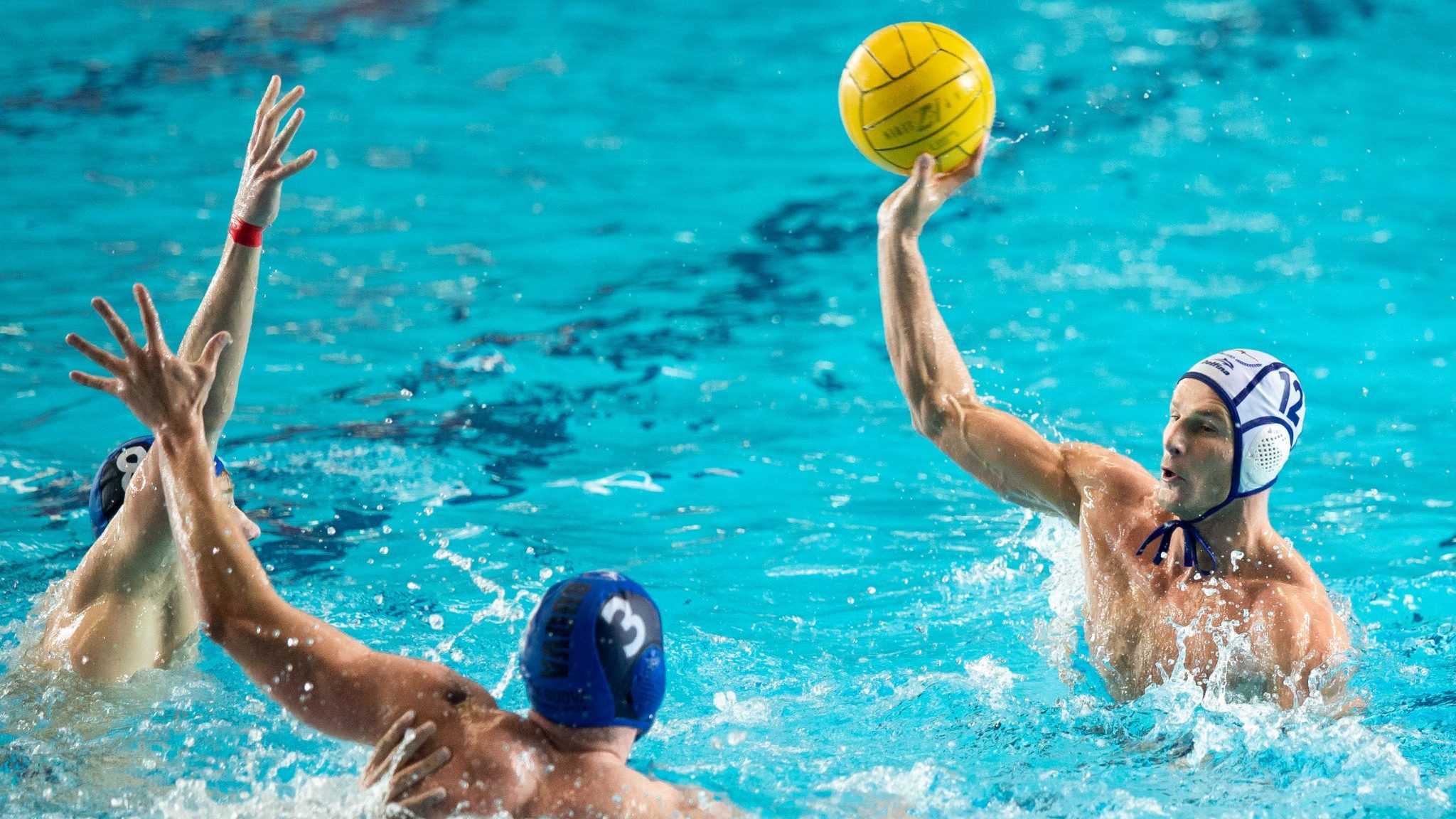 The first quarter belonged to the Serbs. Jadran was a better rival in the second period. It even had a 3:1 lead, but the title-holder managed to equalize at 3:3 before the middle break. Marko Radulović, who was the Radnički’s power engine today, along with Nikola Lukić, opened the third quarter with an early goal for 3:4. But, Jadran replied with four goals and earned a 7:4 advantage. The Regional League champion cut the deficit (6:7), but Jadran regained a 3-goal lead before the end of the third quarter (10:7). Radnički started climbing back after the last break and leveled at 11:11 in the 30th minute (11:11). Immediately after, Jadran’s center-forward Jovan Vujović made it 12:11. Radulović added his 6th goal by converting an extra man with 39 seconds to go (12:12). Jadran had a man-up in the last attack, but it made a mistake, lost the ball and the rivals shared the points.

Primorac earned an early 2:0 lead, but Novi Beograd took control midway through the first quarter and built a 6:3 advantage by halftime. It seemed that the favorite was on the right track. However, Primorac was able to get back into the game. Step-by-step the Kotor-based side was coming closer and closer to Novi Beograd (which played without Nikola Jakšić, just like yesterday). Fourteen seconds before the last break, Drašković equalized – 7:7 and the teams were at a new beginning. 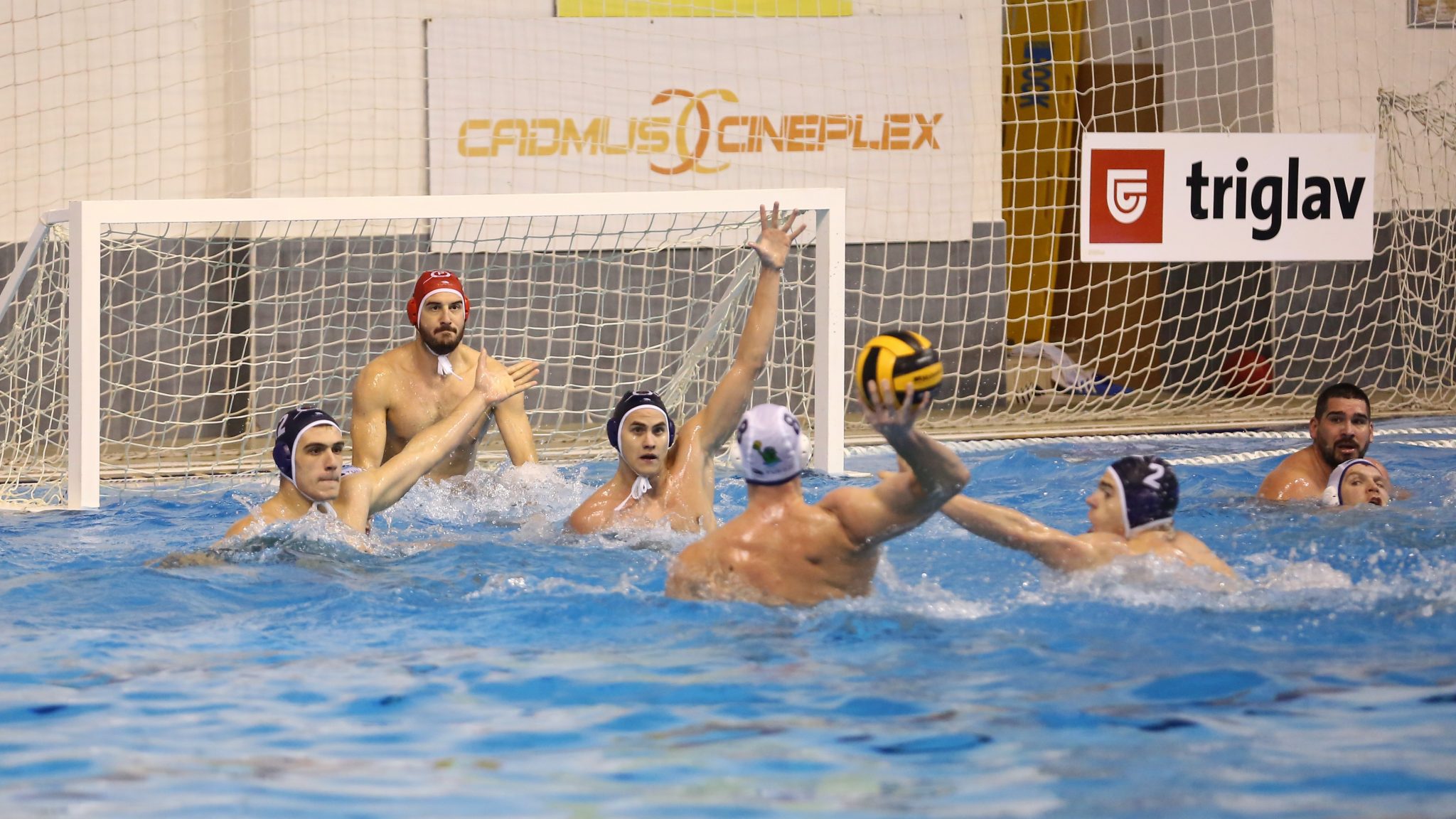 Mršić gave Primorac an 8:7 lead in the early stage of the fourth quarter. But, the Serbian club, scored three goals in a  row and built a 10:8 lead (30th minute). Still, the drama wasn’t over yet. Primorac responded with two quick goalsfor 10:10. Radomir Drašović scored the 11th goal for Novi Beograd just 26 seconds from time (11:10). Primorac had the last attack, and didn’t miss the chance. Dušan Matković beat the buzzer with his 6th goal. Three seconds before the end, he found the net for the final score – 11:11.

After a loss to Crvena Zvezda in yesterday’s derby, Partizan achieved an easy victory over Mornar. The Serbs rushed to a 7:0 lead. Mornar started recovering from an opening shock in the middle of the second period, when Vrdoljak converted a man-up (1:7). However, it was already too late for a comeback. Partizan dominated and only the winning margin was in question. By the end of the match, it increased to 11. Centre-forward Petar Velkić netted four goals. 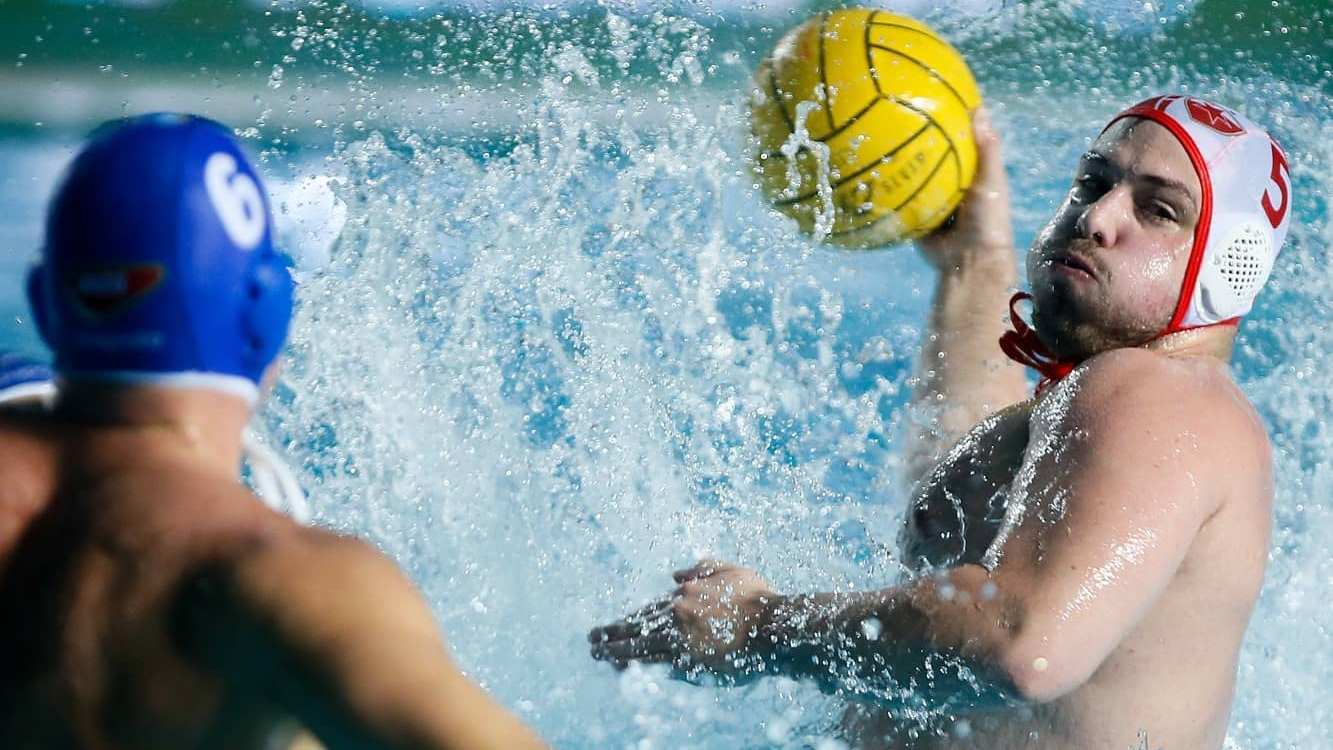 Crvena Zvezda controlled the result and didn’t let Šabac take a lead in the first half of the match, but it didn’t build a significant advantage and the sides were tied at 6:6 at halftime. In the 20th minute, Šabac’ center-forward Savo Ćetković, who was outstanding today (7 goals) put the visitors ahead (7:6). But the Belgrade-based team replied with three straight goals within 93 seconds (Subotić 2, Pješivac) for 9:7. The home side entered the final quarter with a 10:8 advantage. Still, Šabac managed to catch up with Zvezda once more. In the middle of the fourth period, Ćetković scored his 7th goal and leveled at 12:12. Crvena Zvezda secured a 14:12 win with two goals in the last two minutes (Radović and Trtović)

Jadran stunned Jug in the opening minutes. The Split-based side played excellently in defense and kept Jug scoreless until the 12th minute. Jadran had a 4:0 advantage in the middle of the second period. Captain Elvis Fatovic scored from a penalty and put Jug on the scoreboard. The Dubrovnik-based side found its rhythm. It added three quick goals and leveled at 4:4 (15th minute). But, immediately after that equalizer, Jerko Marinic Kragic gave Jadran a 5:4 lead. The Croatian Cup winner kept a minimal advantage until the middle break.

Konstantin Kharkov doubled Jadran’s lead after 26 seconds in the third period. But Jug struck back strongly – with three action goals in less than two minutes and went ahead for the first time – 7:6 (19th minute). Jadran leveled at 7:7 and 8:8. Still, Jug built a 2-goal advantage at the finish of this period. It had an 11:9 lead at the last break.

Jerko Marinić Kragić scored two goals, shortly after the start of the final quarter, and leveled at 11:11. But, Jug re-built a two-goal lead quickly (13:11). Marinic Kragic scored his sixth goal, this time from a penalty for 12:13, and that boosted Jadran’s hopes. But, not for long. The Dubrovnik-based side produced a 3:0 series (Benic, Papanastasiou, Argyropuolos) and went to 16:12 with 01:47 left on the clock. Jadran fought until the end, but it couldn’t produce a miracle. The Split-based side just reduced the gap.

Since Novi Beograd earned only a point against Primorac Jug climbed atop of the table.