United States of America retained its FINA Women’s Water Polo World League Super Final title with a deserved 8-6 victory over the Netherlands at the Kunshan Sports Centre on Saturday. This is USA’s 11th crown and fifth straight title. 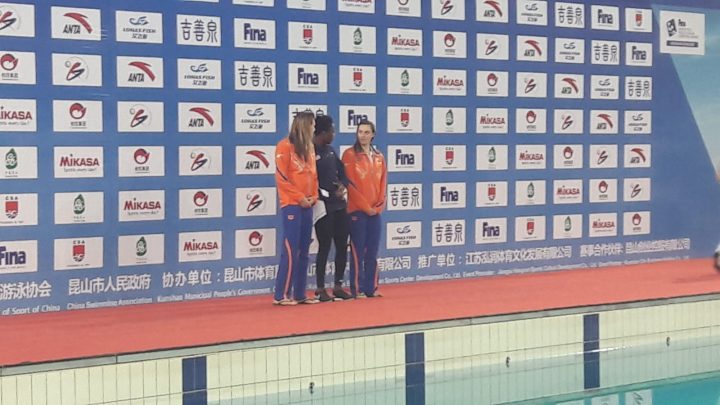 As with every team in Kunshan, Australia struggled to adjust to the fast-paced game of Japan and the style that is vastly different. It was not until late in the third period and early in the fourth where five unanswered goals by the Aussie Stingers proved the turning point.

Australia stuck to its game plan of feeding Elle Armit at center-forward for much of the first quarter and she could not win a trick, having the ball Shino Magariyama stolen, losing it and turning over. It was a goal apiece with Amy Ridge opening from the top and Yumi Arima responding quickly on extra-man attack.

Japan nailed he first two goals of the second as Australia worked its attack while under intense pressure. Arima repeated her fast shot of the first quarter and Minori Yamamoto pounced on an unguarded rebound from in front for 3-1. 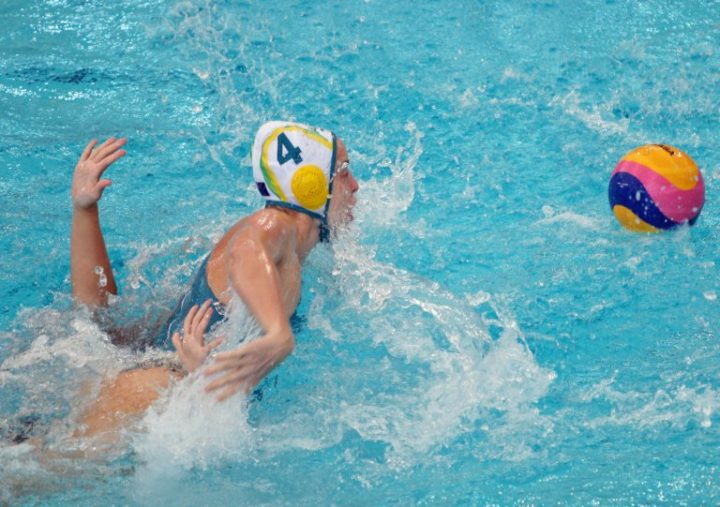 Ridge scored from deep left after the extra-man time had expired at 5:39 and Armit finally gained some reward for her efforts, dragging down a cross pass to the far post on extra for 3-3. Japan was pressing the Aussie Stingers out the top and wide, cutting the options. That pressure continued in the third period and honors, if not the score, were even.

Japanese pressure forced mistakes and, but for a fumbled penalty attempt, Japan could have been level at the last break. Isobel Bishop opened on extra and Shino Magariyama drove into the top, received the pass and shot from four meters for 4-4. Bronwen Knox, two shy of 350 internationals in a long career that includes Olympic bronze, backhanded a free throw from five meters.

Arima fumbled the penalty attempt, but o the next Japanese attack, captain Kotori Suzuki powered in a goal on extra-man attack for 5-5. Then came the final few seconds, literally. The ball was passed down the right to Ridge, who turned and lobbed on the buzzer, soaring over the head of Miyuu Aoki — an excellent shot from 12m and from the side of the pool.

The first four minutes of the final quarter was Japan’s downfall as Australia scored through Bishop (off a cross pass), captain Zoe Arancini (deep-left bounce shot) and Armit (center-forward lob when the goalie came out) for 9-5. Arima snapped in another extra-man goal at 1:52, Hannah Buckling netted from center-forward and inside the final minute, Yamamoto scored her second, also from center-forward, to close the match at 10-7. 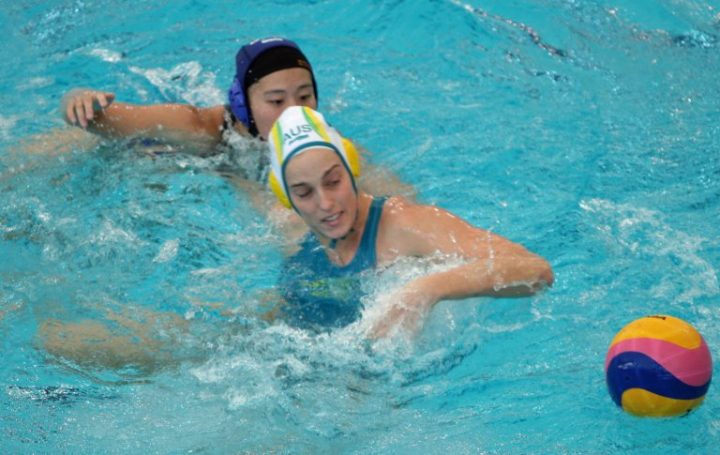 Spain, so close to competing for the gold medal, had to be satisfied for fifth place in Kunshan, using a 4-1 second quarter as a springboard. Spain is a class team with plenty of credentials and the ability of Anna Espar to penetrate at will was a big mistake by China.

Rightfully so, the emphasis was on nullifying the huge center-forwards, and to some extent, did so. Just Maica Garcia slipped one through at 6-2, a second from time after each team took a timeout in the final 22 seconds. 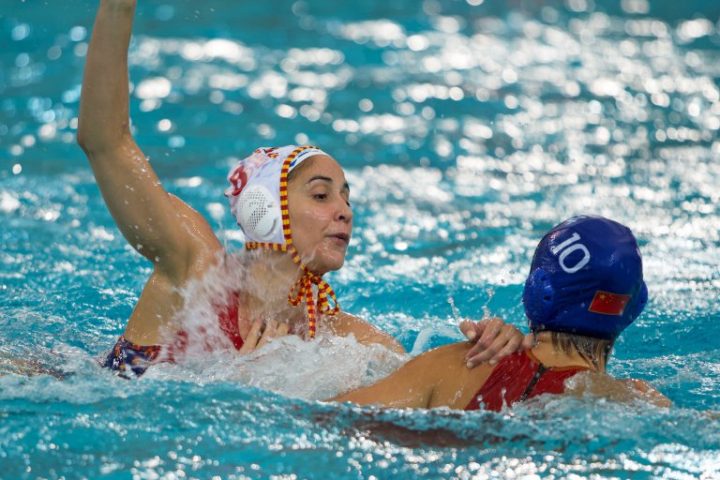 Spain had 11 seconds and then gained a corner and with less than three seconds fired it to Garcia who converted. It was Espar who did the damage, scoring three times in the surge to 5-2. In the third period, Helena Lloret, so often in the scoring in Kunshan, converted extra-man attack for 7-2 as goals were traded to 8-4 by the final break.

Matilde Ortiz on extra and Jing Zhang from top right moved it on to 9-5 by 5:56. The near-filled stands thrilled at China’s perseverance and determination. Such was the defense at each end, the final goal did not come until nearly six minutes later through Beatriz Ortiz from deep left with four seconds remaining. Spain had a satisfying victory. 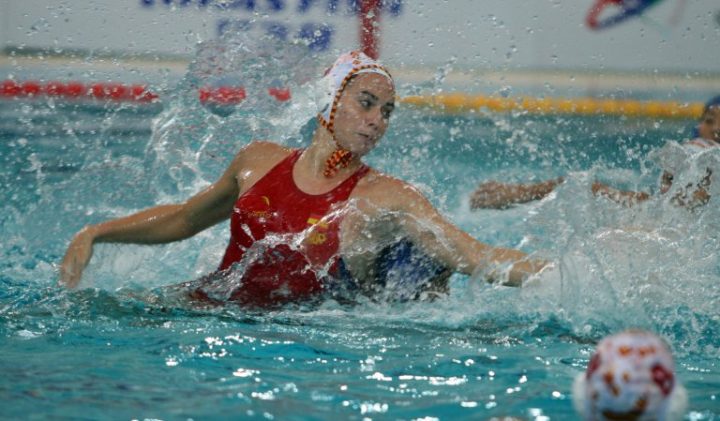 A goal after the buzzer to break a deadlock is heart-warming for one team and heart-breaking for the other. Russia did just that after a Canadian player took the wrong option with the ball as a shootout loomed and Russia scored on the counter to claim the bronze medal.

Both teams wanted the victory badly enough to play at the top of their games. This was some of the best water polo displayed by these teams, especially in desperation and desire to earn every foul and goal. Canada started first and two Russian goals changed the lead before Canada equalized with two minutes left in the first quarter. 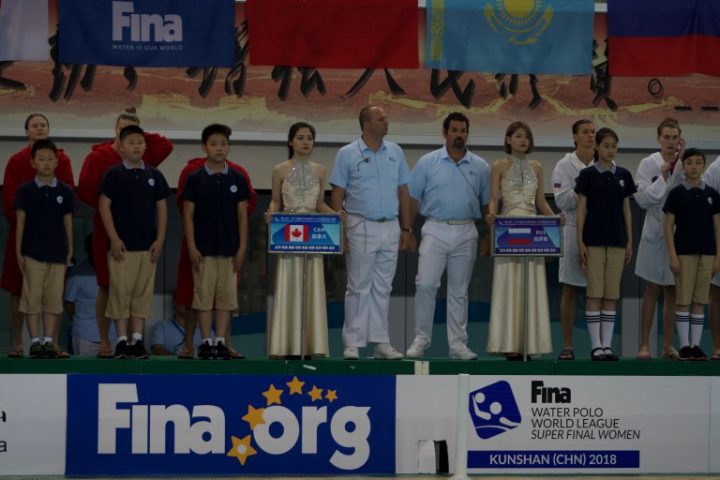 Canada twice went ahead in the second quarter and twice Russia equalized. The pressure was immense and both teams were playing physically as often as possible. Russian skipper Ekaterina Prokofyeva scored with a lob on the counter in the first quarter and converted a penalty in the next. Left-hander Emma Wright scored on extra and from the penalty line in the second quarter.

Canada’s start was spearheaded by Monika Eggens, with an eight-meter missile inside the first minute, setting the tone for her team’s effort. The third period was all swimming and shooting with no result. Canada went to a timeout at 4:33 and botched the attack, only for Russia to charge and Elvina Karimova to go on the counter. She used a push shot at speed, but the ever-impressive Clara Vulpisi blocked it with her body.

Russia gained an exclusion and took a timeout soon after and Maria Borisova planted the ball into the net from the deep left after the exclusion period and punched the air with her fist as Russia regained the lead at 5-4. Another counter was stopped by Vulpisi and Canada was looking vulnerable. 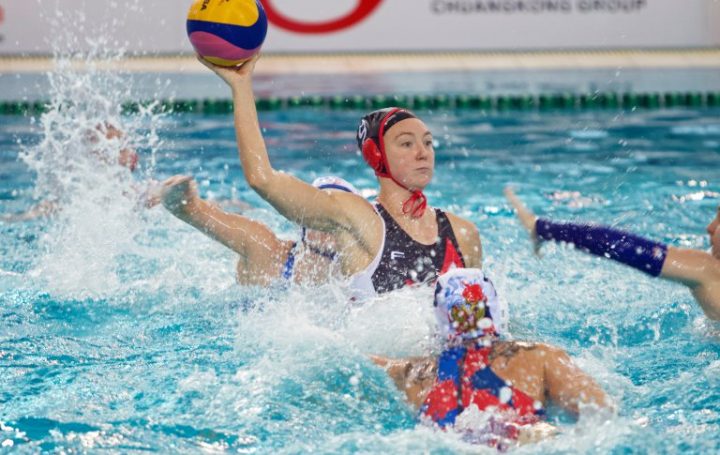 However, at 0:43, Axelle Crevier balanced the books with a superb inside move on extra that had Russian head coach Alexander Gaydukov calling for an offside. Soon after he was watching from the upper stand as he had been red-carded and could not call the shots from the pool deck.

The all-important fourth quarter continued the drama. Russian assistant coach Andrey Belofastov called a timeout and the resulting shot hit the crossbar. On the next Russian attack, Prokofyeva was in front, turned, received the ball mid-air and tipped it back into goal for 6-5 at 3:31 — the most spectacular goal of the week.

Canada took a timeout at 1:59 on exclusion to try and force the shootout. The first shot attempt was fumbled, but the ball shot out to Emma Wright who bounced it in for 6-6 at 1:40. Russia had its shot stopped and then Canada swam it up to pool and the player shot before the end of possession time straight at the goalkeeper.

Russia sped the ball to the advancing Daria Ryzhkova who swam and lobbed on the buzzer to beat Vulpisi and take bronze. It was a sad way for Canada to lose the match, but all credit to Russia in such a tight encounter. 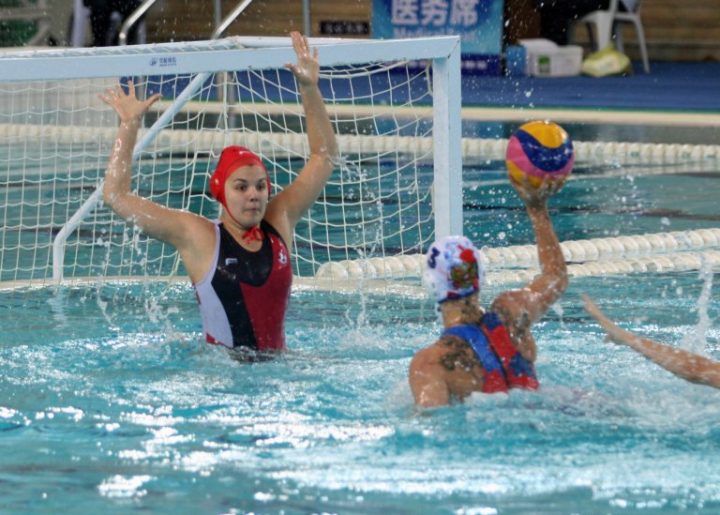 United States of America retained its crown with one of the biggest threats to its supremacy from a determined and highly fancied Netherlands. The win did not come easily with the Dutch levelling the match at six late in the final quarter before USA provided the killer punches. 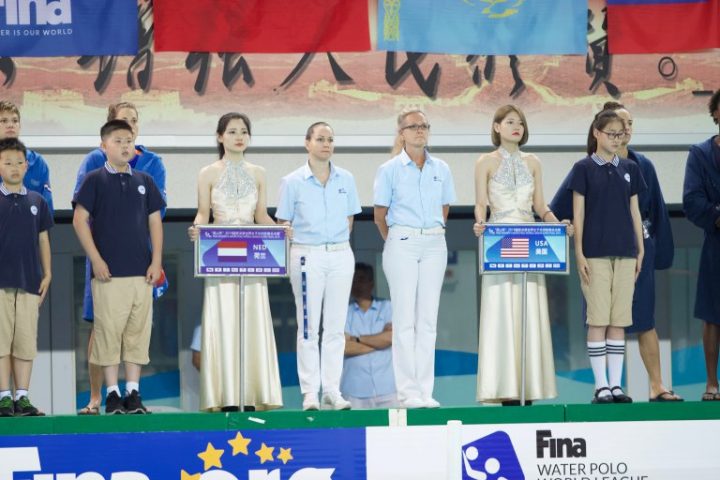 Netherlands made the scoreboard first through Catharina van der Sloot at center-forward and the swiftness of the goal unsettled USA. It took until 2:07 for Rachel Fattal to convert extra for 1-1. Dutch captain Dagmar Genee scored from top left and Netherlands once again had the advantage.

No such luck in the second quarter as the USA scored the only two goals, via Fattal and Mel Seidemann. Netherlands had the belief that a major upset could occur and USA had the knowledge that it takes four quarters before medals are handed out. The third period was where it all happened with Alys Williams giving USA a two-goal margin.

Van der Sloot scored the third and fourth goals for Netherlands after Fattal took it to 5-3. The Dutch were looking good for an equaliser only to have USA race to the other end and Seidemann slid one in from six metres with five seconds remaining. With a 6-4 lead, USA was heading for a record extension of its World League domination. 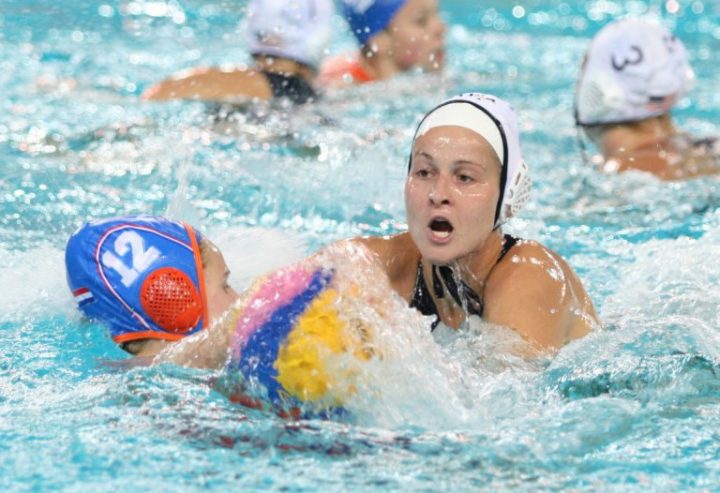 Maud Megens put away her 15th goal of the week from the top, sliding it across the water, just like Seidemann, catching Ashleigh Johnson unawares. She nearly watched another go past when Ilse Koolhaas rose high, turned and dropped the ball on the line, a little short of the equaliser.

Brigitte Sleeking lifted the capacity crowd with a conversion on extra at 2:27 only for USA captain Maggie Steffens to scream one in from the top for the 7-6 lead at 2:06. USA went to a timeout at 1:39 on extra and eventually Paige Hauschild slotted the winner for 8-6 at 0:56. Vivian Sevenich nearly drew a penalty foul in the dying seconds, to no avail and USA has once again delivered. 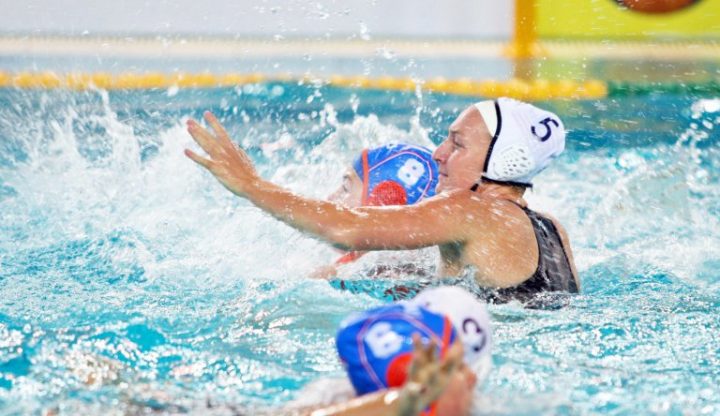 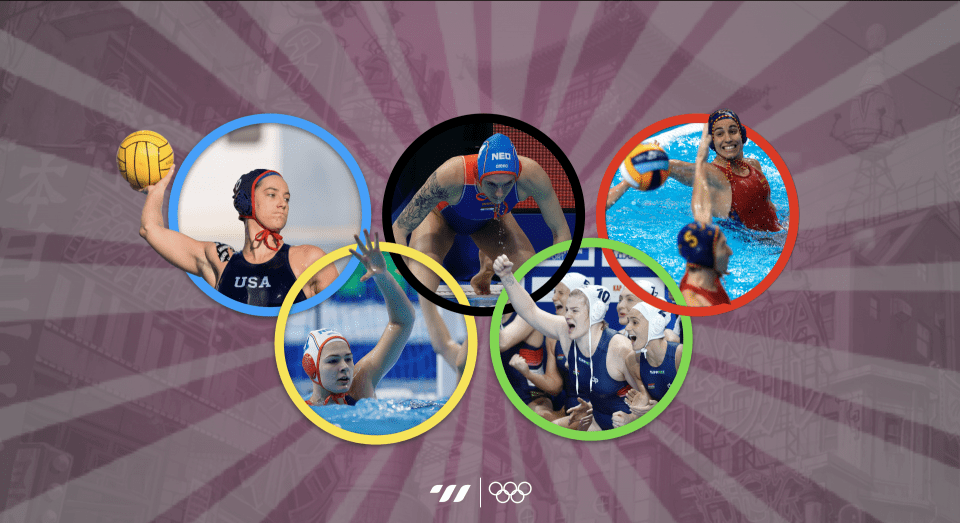 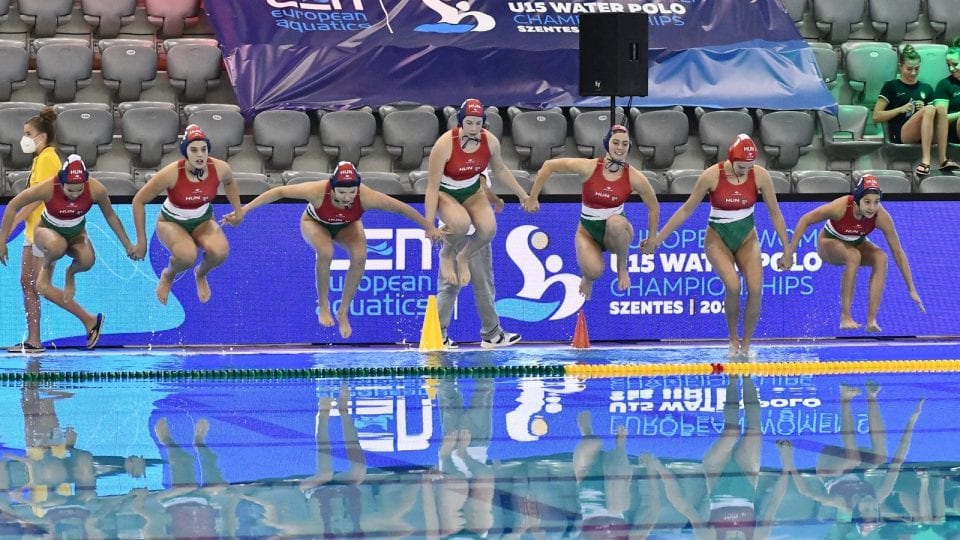 Hungarian U15 girls are European champions 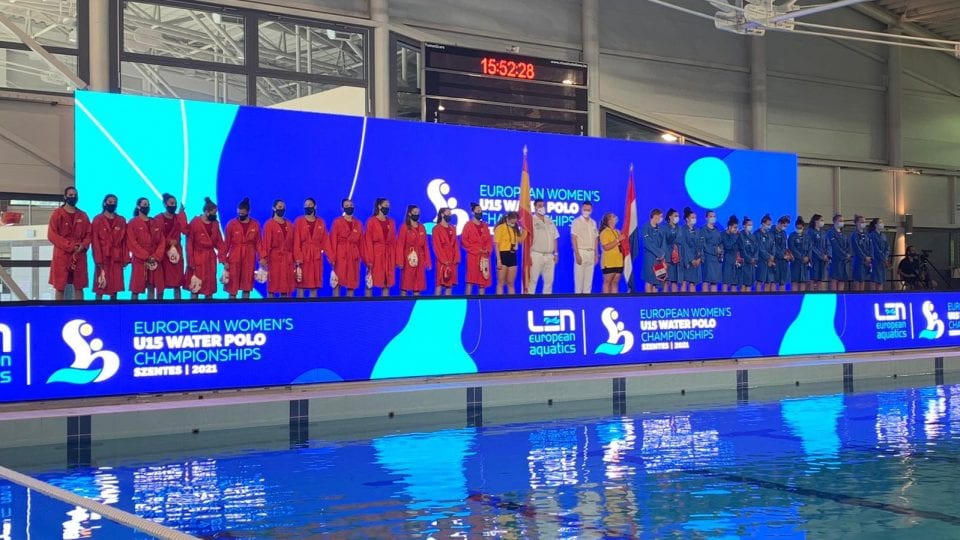 Women’s European U15 Championships: Spain and Hungary atop groups