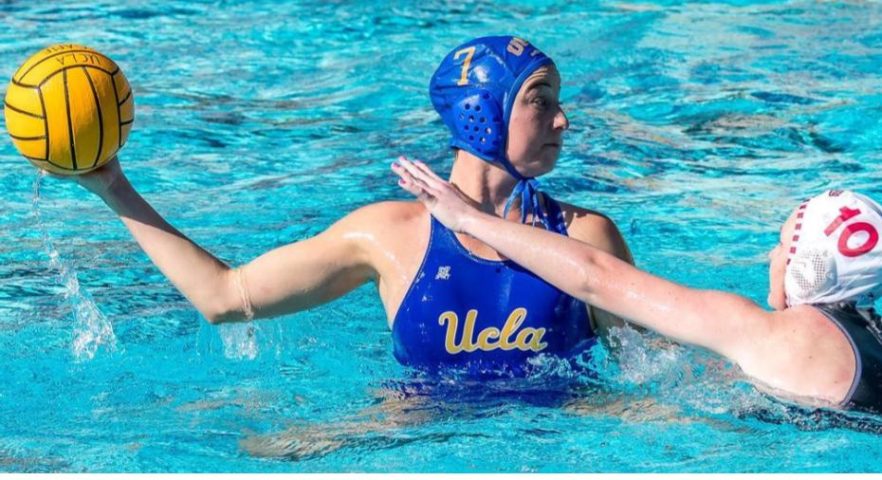 The women’s college water polo scene was ablaze this weekend as teams across the country kicked off their seasons with a bang.

The Cal Bears, led by former Olympian Coralie Simmons, also made a strong start to their season over the weekend at the Bulldog Fest in Fresno. The Bears achieved three thrilling victories against top-10 opponents, including a nail-biting 13-10 victory over Michigan Wolverines, a decisive 15-10 victory over UC Irvine, and a well-deserved 16-10 win against the host team, Fresno State. Cal’s Shea Salvino’s impressive display (seven goals) earned her the MPSF player of the week award.

Hawaii Wahine continues to make waves in the college water polo scene, impressing with two significant and dominant victories. On Saturday, they took down the No. 7 ranked Michigan with a commanding 15-6 victory, and on Sunday, they followed up with an even more impressive 13-6 victory over the No. 8 ranked Fresno State Bulldogs. These victories solidified their undefeated streak, as they remained unbeaten in five contests against ranked opponents.

Long Beach State kicked off their 2023 season with a bang, dominating their opponents at the Beach Invite on Saturday. They crushed Claremont with a score of 21-3 and decimated Whittier with a staggering 26-2 victory. Tougher things are certainly to come for Shana Welch and her coaching staff – which includes Rachel Fattal.

The UCLA Bruins, ranked No. 3, delivered an impressive victory against the 14th-ranked Indiana Hoosiers in the first MPSF conference game of the season opener at Dirks Pool.

The victory underscored UCLA’s rich tradition of starting the season well, with this being the 24th consecutive opening day victory for Adam Wright’s side dating back to 1999.

The game was intense from the start, with Genoa Rossi of UCLA scoring the first goal, followed by Indiana’s Lanna Debow and Zoe Crouch who quickly answered back, tying the score at 2-2. But the Bruins were determined to take the lead, with Pearson and Johnson scoring back-to-back goals in the first quarter.

The second quarter belonged to Sienna Green and Katrina Drake, who added two more goals for the Bruins.

The game was far from over, with the Hoosiers showing their own determination with Sophia Sollie scoring the first goal of the third quarter, but the Bruins were not going to let them catch up. Johnson, Green, Drake, Ayala, Lineback, and Allen added six more goals in the third quarter, while Indiana’s Holcomb and Downs scored one goal each.

The fourth quarter was a true showcase of the Bruins’ dominance though, with Anna Pearson, Hannah Palmer, Molly Renner, and Malia Allen adding four more goals, with Indiana’s Zoe Crouch scoring the final goal of the game.

What to look out for this weekend

The first and second-ranked teams, Stanford and USC, are set to begin their seasons this weekend.

USC will start at the Lancer Joust meet in Riverside with their Saturday morning clash with Long Beach, one of four games they play over the weekend, including Pacific, Biola, and Cal Baptist.

Stanford has a slightly tougher assignment as they head to Berkeley, facing San Jose and Fresno before a highly-anticipated clash with the Cal Bears on Sunday morning.

Read more about water polo in the USA