UVSE back on top after Dunaujvaros get revenge over FTC 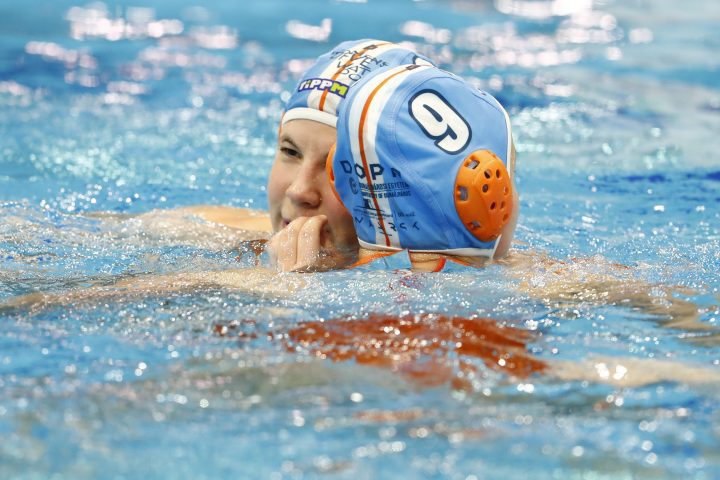 It was a pivotal day in the Hungarian OB I as UVSE are back on top of the league after Dunaujvaros denied FTC three vital points in the title race. With just two games to go in the regular season left, there is still much to be settled. With UVSE beating BVSC, they look favourites now, but FTC and Dunaujvaros still have life in them yet, and both are still to play the reigning Hungarian champions.

Elsewhere in the division, Szeged beat Keruleti to extend their poor run of form, while Eger were expectedly dominant over Gyor. Szentes put on a fine performance in front of a home crowd to see off a struggling Tatabanya.

In a seismic game in the OB I, Dunaujvaros have made a massive dent in Ferencvaros’s title hopes with a 10-6 victory at the TC swimming pool in Budapest. The game was close in the opening exchanges, but FTC capitulated spectacularly in the middle third of the match –  conceding six goals in a row from Mahieu, Gurisatti, Mucsy, Horvath and two from the ever-reliable Krisztina Garda.

Its worth saying that there is still much water polo to be played. FTC take on UVSE in what will be box office viewing in their next game at Alfred Hajos. But there is no denying defeat at home to Attila Mihok’s Dunaujvaros is a huge blow. All the pressure is now on Fradi, if they want to re-claim that top spot, they will have to beat UVSE.

For Dunaujvaros, this season may be a hard pill to swallow, but this was a massive win for them. They face UVSE on the final day of the season, and who knows, that could be a title deciding match. With their LEN Trophy game against Ethnikos fast approaching too, this result at Fradi could be the momentum kickstart they need to finish their season on a massive high

UVSE took full advantage of FTC losing at Dunaujvaros and beat BVSC to return to the top of the OB I. The game was fairly comfortable for the visitors; with four goals for Natasa Rybanska, and a trio of scores for the young Eszter Macsai.

UVSE still have much to do, as they play FTC and Dunaujvaros in their final two games, but Marton Benczur’s side now know everything is within their control.  BVSC should be fine for 4th, but Eger are now edging closer in 5th.