UVSE come from behind to defeat Eger 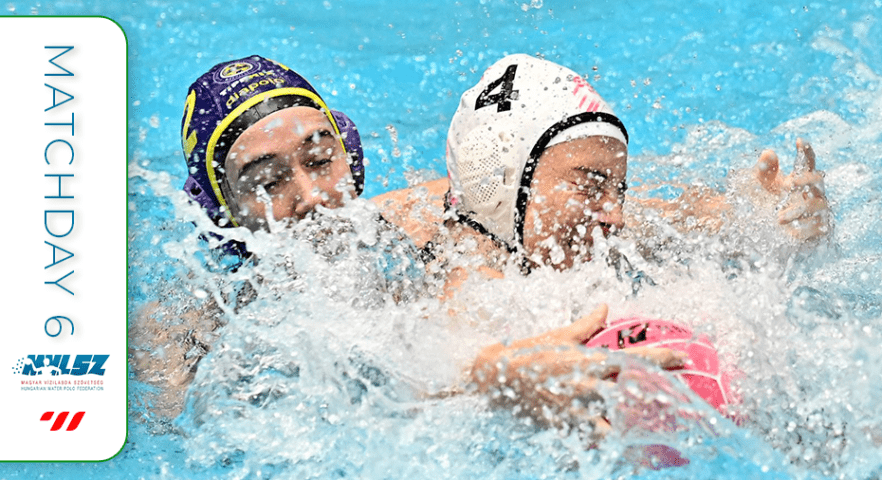 On matchday six of the Hungarian OB I, UVSE overcame a four-goal deficit against Eger to secure their seventh consecutive victory in the league.

In a significant contest, Eger couldn’t maintain the level of their game from the first quarter, and have now lost to three of the top four teams in the league in the last two weeks.

Elsewhere, Dunaujvaros defeated BVSC by an incredible score of 6-4, while Fradi practised its shooting against Tatabanya (22-9). Keruleti defeated Szeged by three goals (13-10), while Szentes won its first game of the season against Gyor (13-5).

Next weekend, Hungary will turn its attention to the Champions League, as Eger and UVSE will each host the second qualifying round of Europe’s premier club competition. As both teams are in Group B, FTC’s trip to Eger is a short one. Dunaujvaros, who also progressed to the next round, will play in Padova.

Despite an incredibly slow start, UVSE came from behind to secure three important points at Bitskey, defeating Eger 12-9.

UVSE ultimately proved more clinical in front of goal, but Eger will be extremely frustrated to have thrown away such a commanding lead early on.

Kinga Peresztegi-Nagy added three more goals to her season tally, taking her to 25 for the season. Dora Czigany also reached a hat-trick, but was denied a fourth goal from a 5m penalty by an excellent Alda Magyari save.

Eger rushed to open up a 4-0 advantage after the first eight minutes. Rebecca Parkes, Borbala Kekesi, and Dora Czigany scored the opening goals in the first, while UVSE could only muster a single-shot on target, which was comfortably saved by Alexandra Kiss in the Eger goal.

Early in the second quarter, the visitors mounted a comeback, with Eszter Varro and Kinga Peresztegi-Nagy both making full use of  UVSE’s extra-player scenarios. Although Ilona Borsi added a double for the hosts, Panni Szegedi’s finish with less than a minute left in the half had cut Eger’s lead to just a single score (6-5).

UVSE’s two rookies swung the momentum and put their team ahead by two scores heading into the final period. 15-year-old Panna Tiba tied the game at 6-6, and 16-year-old Kata Hajdu, who made her senior international debut last month at the World League Super Finals, scored two late man-up goals to give Marton Benczur’s team a two-goal advantage heading into the final sector (9-7).

The reigning champions soon opened up a three goal lead via Kinga Peresztegi-Nagy’s second of the game, and while Eger twice pulled back within two scores (Szilagyi and Czigany), another score for Peresztegi-Nagy (penalty), and a first strike from Kamilla Farago settled the match.

It’s a third straight defeat for Eger, who lost to FTC in the midweek, and Dunaujvaros the week before. UVSE stay top of the league, having played at least game more than all the other teams in the league

Keruleti were pushed hard by Szeged, but came away from the Tiszavirag swimming pool with three points, once again led by a breathtaking goal-scoring performance by their talisman, Gerda Brezovszki (6 goals).

The final quarter of the game was decisive, after a game that featured numerous twists and changes in momentum. The first period was dominated by Keruleti, while Szeged executed well in the second.

In the fourth, Szeged’s Kincso Kenez tied the game at 10-10. Brezovszki added a pair of goals, and before Kenz missed her own penalty, Panna Kudella converted her own 5m penalty to seal the victory for the third district – who are now unbeaten in three games.

On balance, Keruleti was unquestionably more effective, particularly on their power play opportunities (5/8); Szeged converted only half of their twelve extra-player chances. Tamara Torok performed admirably in goal, saving a crucial penalty in the final quarter.

Szeged are still without anything to show from their first six games so far this season.

In what turned out to be a very close match, Attila Mihok’s team has yet to lose this season, with a perfect 5-for-5 record.

BVSC did a satisfactory job of restricting DFVE’s attack. Two of Dunaujvaros’s goals were scored via penalty throws, while the other three were scored due to extra player situations.

The Orange and Blues took a three goal lead, with goals in the first two quarters from Nora Sumegi, and Krisztina Garda. It took twelve minutes before we saw BVSC’s first score in the match (Gemes).

A brace from Garda in the second half proved enough to secure the result.

Dunaujvaros will now have time to prepare for a tough trip to Italy for their Champions League battle with Italy’s best clubs, Ekipe Orizzonte and Plebiscito Padova, and ZVL from the Netherlands.

The match between Tatabanya and Ferencváros was an absolute goal fest, with Fradi prevailing by a comfortable margin of 22-9.

Five Ferencvaros’s players (Gurisatti, Illes, Kuna, Petik, and Domsodi) scored hat-tricks, so it was a great opportunity for the FTC players to rack up the goals, although Gyorgy Gerendas may be concerned about the number of goals his team conceded.

Ferencvaros continue to impress in the Hungarian league, but all eyes are now on how they will perform in their Champions League group; they have been drawn against Sabadell, Mataro, and Eger (the hosts).

Szentes are finally off the mark in the OB I, securing their first victory of the season with a 13-5 win over Gyor.

Szentes had previously gone four games without a win in the league, in addition to the home and away defeat in the Hungarian Cup to UVSE. The Saints will travel to Keruleti next weekend in hope of keeping their winning momentum going.

It was a disappointing display by Gyor, who last week secured their first win of the season with a 12-8 victory over Szeged. They will travel to face Eger on Tuesday.