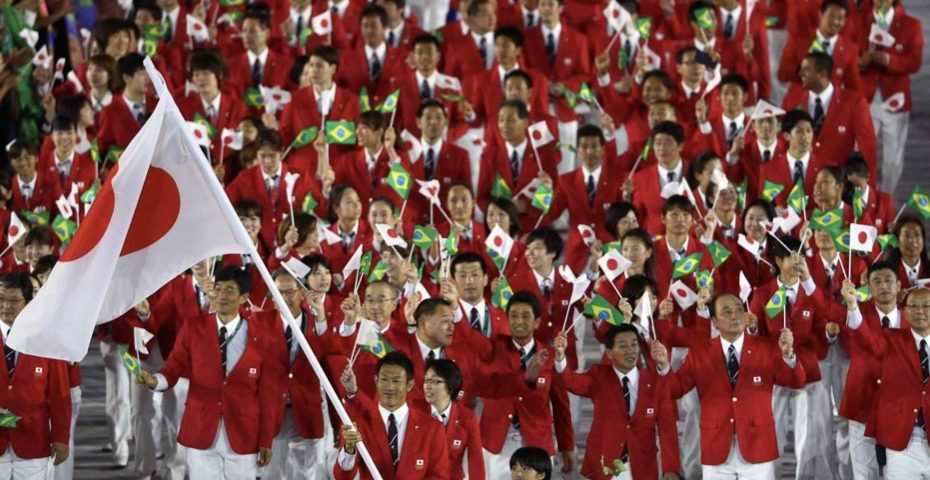 Today, the greatest sporting event on the planet will officially begin with the Tokyo Olympic games opening ceremony. The spectacle, which involves both artistic and cultural showcases from the host nation, is traditionally followed by a parade of some 10,000 athletes from over 200 countries. In normal circumstances, we would expect to see 68,000 people packed into the Olympic Stadium, however, due to Coronavirus restrictions, the spectator capacity will be a fraction of that number.

Two countries have selected water polo players to carry their nation’s flags at Tokyo. Olympic champion from Rio 2016, Filip Filipovic, will carry the flag for Serbia, whilst Drasko Brguljan will parade flying Montengro’s colours. Filipovic, who signed for Olympiacos earlier in the summer, has won two bronze medals (Beijing, 2008 and London, 2012) as well as his gold medal from Rio 2016, whilst Brgulijan, who is currently looking for a club to play for next season, is also looking to win his country’s first-ever Olympic medal.

Water polo has two flag bearers at Tokyo 2020, but the sport has had twenty-five flag bearers from fifteen different nations dating back to 1912. Yugoslavia, Croatia and the Netherlands have all had three previous flag bearers whilst Hungary, Montenegro and Great Britain have had two.

Nine other nations have all had one water polo flag bearer in their history at the Olympic games: Australia, Belgium, Brazil, Egypt, France, Italy, Singapore, Spain and the USA.

With Filipovic and Brgulijan carrying the flags at Tokyo, it keeps up a seven games streak with the presence of water polo flag bearers dating back to Atlanta 1996. As a result, it is the fifth occasion that we will see more than one water polo player bearing the flag.

Belgium’s Victor Boin is currently the only water polo player to have held the flag of a host nation (Antwerp, 1920), however, he also competed in the Fencing contest at the same games, winning a silver medal.

The all-time Olympic goal scorer, Manuel Estiarte, was honoured at his sixth Olympic games by carrying Spain’s flag at Sydney in 2000. He won the gold medal at Atlanta in 1996.