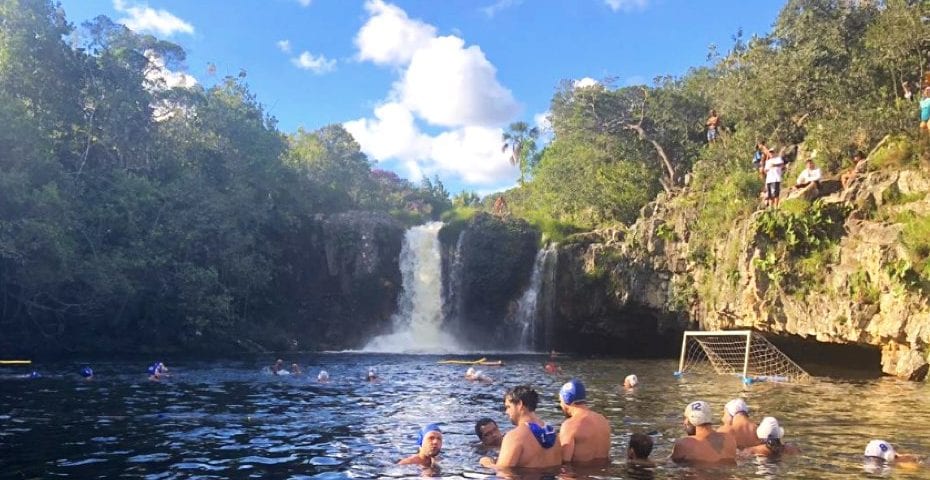 When you think of Brazil, you think of Copacabana, carnival and samba football. But in the largest country of South America, they also play water polo quite well. Felipe Perrone, one of the best water polo players of the moment, has Brazilian roots. And with all its beaches, Brazil has great beach water polo possibilities. Proud president of the Brazilian Water Polo League Alessandro Moscal gives us a nice insight into water polo in his country.

The Brazilian League organizes the main national competitions. Alessandro’s main goal is to make water polo better known in Brazil. He plays water polo from the age of fifteen. “I started at Clube Jundiaiense, the only club that had water polo in Jundiaí, a city located about 50 kilometers from São Paulo. I was part of the first generation of the competitive water polo at Clube Jundiaiense.” He became a Brazilian champion in the second division three times.

Since 2012 he is competing for the FINA world masters for São Paulo Water Polo Master Association (AMPA). He plays with great Brazilian players and achieves good results. “At the World Cup in Montreal (2014), we became second in the 35+ category; in Kazan (2015), we won bronze in the 40+ category and we also finished third in Budapest (2017). Then in the 45+ category. But the most important thing is that I make a lot of new friends that way.” It’s not surprising that his 17-year-old son Diogo also has been affected by the water polo virus. He is a goalkeeper in the U18 team of SESI.

The Brazilian League is just a young competition. It was played for the first time in the 2016 season. The Brazilian League consists of 13 clubs, all from Rio de Janeiro and São Paulo. They are Flamengo, Fluminense, Tijuca and Botafogo from Rio de Janeiro and Esporte Clube Pinheiros, Paulistano, Paineiras, Hebraica, SESI, Santos International, Clube Jundiaiense, ABDA and Hípica de Bauru from São Paulo. Water Polo is also practiced in other states. “Today, we have 750 athletes enrolled in the Brazilian League and approximately 350 more athletes in the other Brazilian states.” 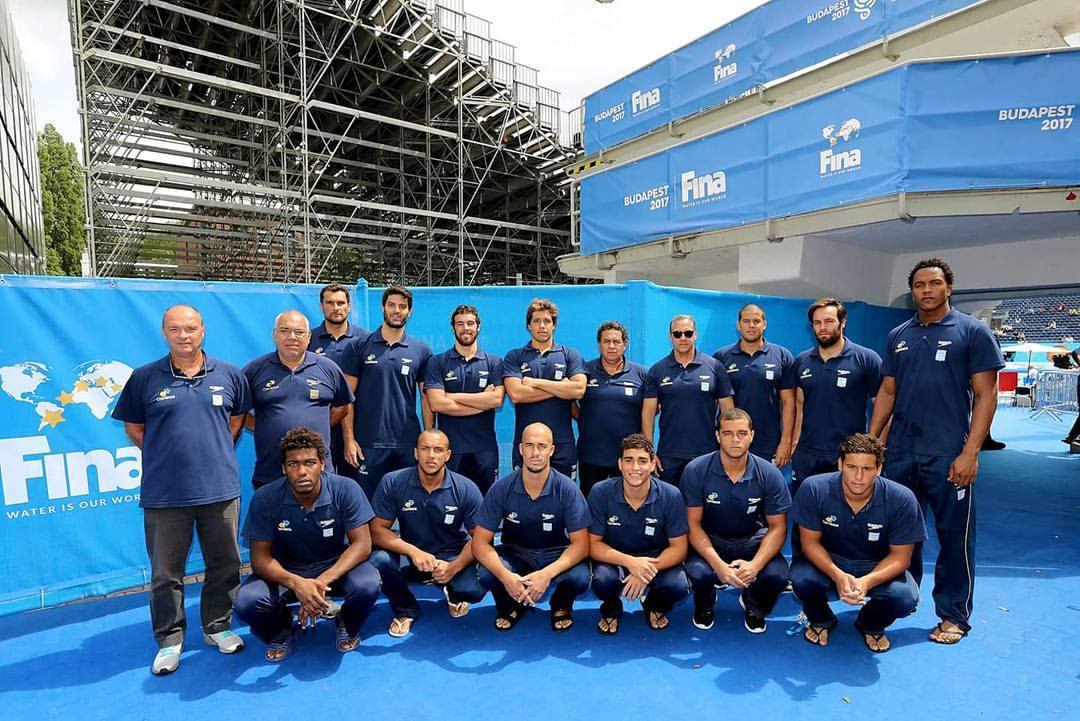 There are two divisions in Brazil. The First Division is composed of eight male teams and five female teams. The Second Division is composed only of male teams and covers all regions of Brazil. There are two rounds, with home and away games. The four best-ranked teams qualify for the play-offs, with semifinals and finals. The current champion is Pinheiros, for both men and women.”

In addition to the Brazilian League, there is also the Brasil Open every year. That’s a one-week tournament. “All First Division teams play one or two games a day. SESI (men) and Pinheiros (women) won this tournament last year.”

Some clubs take part in international tournaments. ABDA has participated in Habawaba in Italy since 2011. In 2020, ABDA will hold the first Habawaba Brazil festival in the city of Bauru in the state of São Paulo. Club Botafogo has participated in the South American Club Championship since 2016 and won all editions. The SESI team participated in 2019 in a tournament in Egypt. “They played against some good clubs: Savona (Italy), El Cheyde (Spain), Jadran Herceg Novi (Montenegro), Vasas (Hungary) and Gezira (Egypt) participated. They achieved a nice third place.” 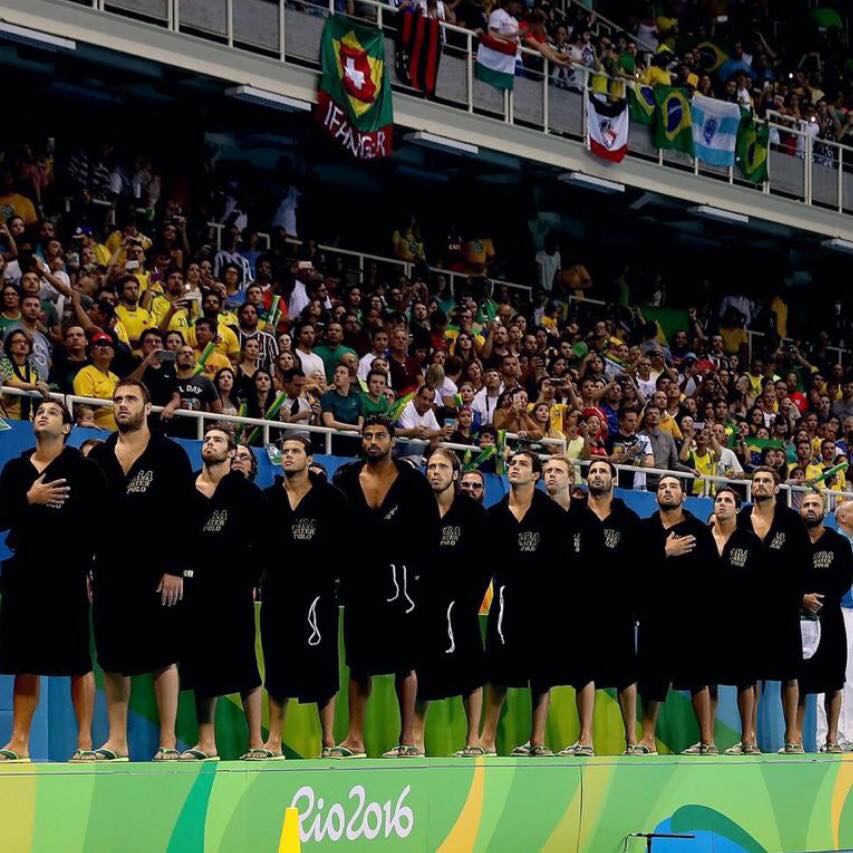 Curiously, the best water polo players of Brazil are currently playing for other countries. CN Atlètic Barceloneta-player Felippe Perone participated in the 2016 Olympics for his birth country, but now (again) plays for Spain. Among women, Izabella Chiappini was naturalized Italian after the Rio Olympics. Now she plays for the Italian national team and Club Roma. In Brazil, female water polo has been growing considerably in the last 10 years, partly due to the Olympic Games in 2016 in their own country. “Currently, the Brazilian League bets on women’s water polo as the shortest way to achieve international prominence.” 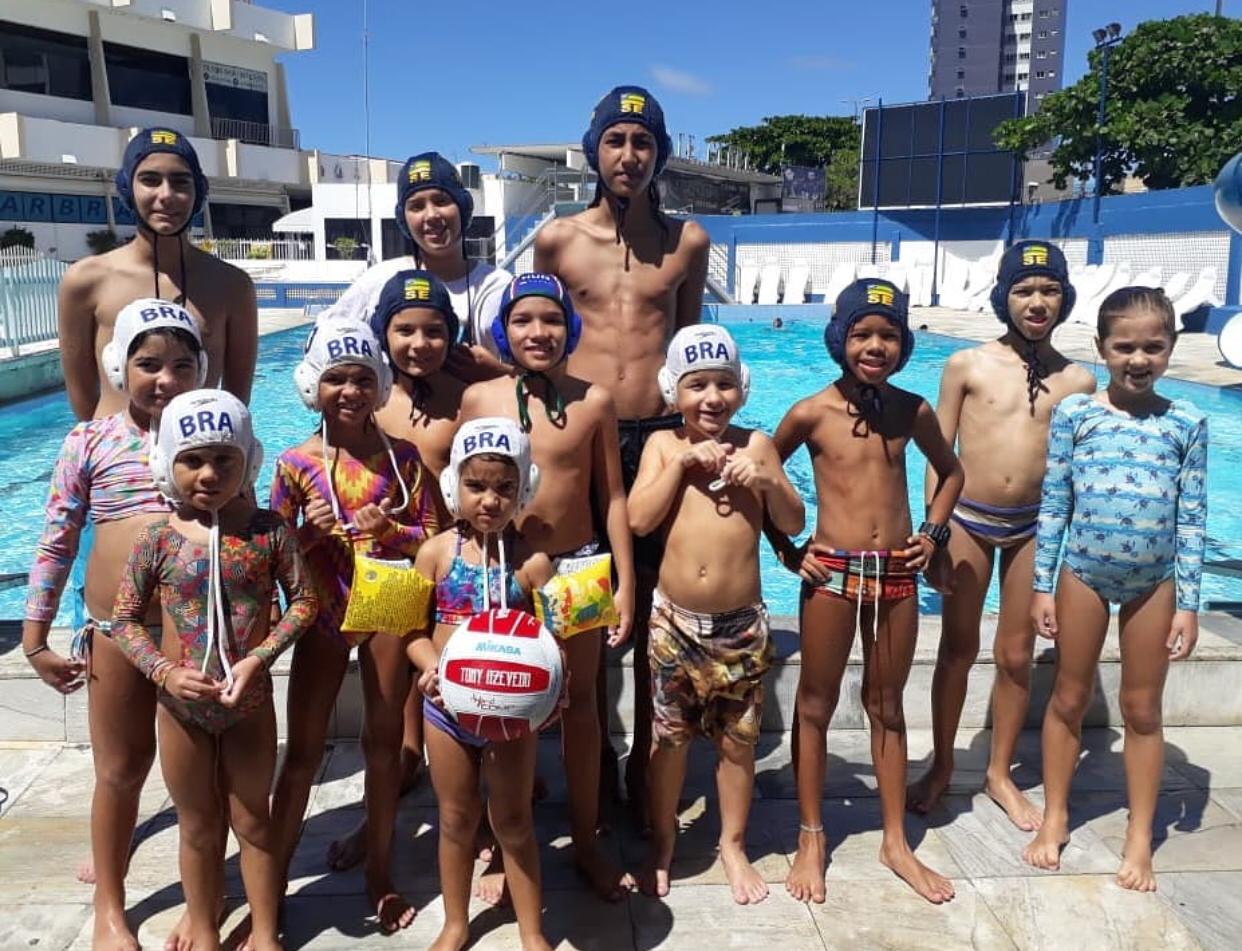 Broadcast Brazilian games on the internet

As mentioned, Alessandro sees it as his main task to make water polo more famous in his country. Therefore he wants to, among other things, introduce water polo in Brazilian school games. And professionalization of the sport is also part of that. “The organization of the Brazilian League is improving every year. Today we have a well-organized entity, with governance and transparency, focused on promoting the Brazilian water polo’s growth. All the coaches of the Brazilian League-teams are professionals and receive salaries. Players do not have to pay and some are even paid to play. Some teams already train twice a day.”

In 2020, it was planned to broadcast all games from the U14 to the seniors on the internet. “Unfortunately, this has been delayed due to the corona pandemic. Almost all competitions have been canceled. We will hold only one competition in 2020. It will be in Bauru between 18 and 22 November. Nine men and five women teams are registered.” The national team faces bigger challenges. “There is still a lot to improve there. They lack adequate training and planning conditions, which depend on financial resources. We are working hard to strengthen the Brazilian water polo.”

Curious about images of Brazilian beach water polo and other tournaments in open water with a paradisiacal landscape? Check out the following fun videos: 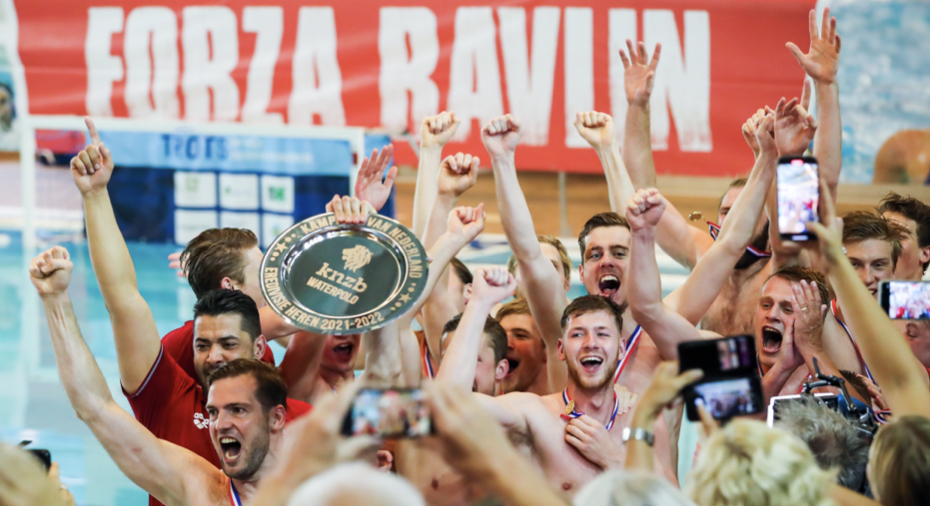