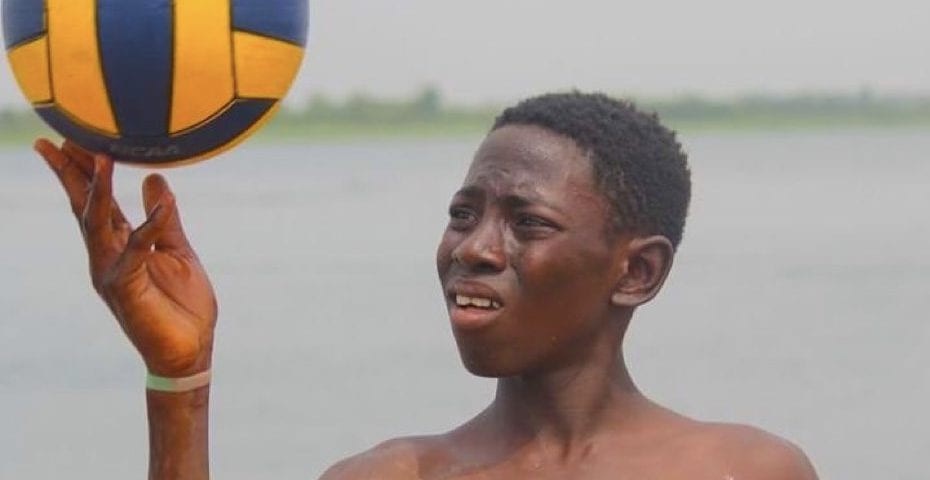 Ghana, the country in Western Africa, is well known in sports by its national football team popularly named “Black Stars” and successful boxers. But recently, water polo has started to develop in this country.

A pioneer of water polo in Ghana is Asante Sefa-Boaky, who was born in the USA. Asante’s father was born in Ghana.

He started playing water polo when he was 14 in his hometown Coronado, California.

Asante had asthma, and one of the former water polo players said to his mother that water polo and swimming are good for asthma. At the start, he wasn’t good in water polo and didn’t enjoy training, but he didn’t give up. He continued playing water polo at college and even was a team captain in his senior year.

A lot of Olympians come from Coronado. One of them is Jesse Smith, who won the silver medal with the US water polo team at the 2008 Olympic Games.

“It was really inspiring to see water polo Olympians so close to us, which helped me stay committed to the sport.  My experience has always been challenging because I found that I had to work hardest. My water polo journey has always been frustrating. But, my catalyst has been to incorporate all the quotes that I’ve heard, like “never give up, hard work beats talent”. I was inspired by many famous professional athletes like Michael Jordan and my personal biggest inspiration Muhammad Ali, and by their quotes of how if you get consistent, you will get the results. And I’ve implemented that in water polo.”

The dream of water polo in Ghana started in 2010, during a conversation with one of the US Olympians.

“He was explaining to me how the Olympics are truly a platform for diversity in athletics. And, he noticed a trend that there are no many non-European teams at the Olympic water polo tournaments. Only two African teams – Egypt and South Africa have played at the Olympic Games so far.  I said to myself, how cool would it be to go to Ghana and start up the water polo national team. That would be a turn in the water polo world to see the West African team. I didn’t speak much about it. I kept it for myself.  I wanted to polish it in my mind before I present it.”

After college, he was able to do some training in Europe – in Spain (Barcelona), France (Sete and Montpellier), Italy (Torino 81), Germany (Spandau 04), Montenegro. Asante was gaining experience in Brazil and trained with Botafogo in the season 2016/17, under Angelo Coelho.

He said that water polo had given him a lot.

“I was able to grow myself in everything, in schooling, athleticism, and I was able to see the world. I want to continue to do that and to push the opportunity to this new demographic. The biggest benefit for me with water polo has been whenever I could see somebody who looks like me on the main stage, like Ivan Perez, a big water polo idol of mine, Omar Amr, who played for the US Team. Now, Max Irving is on the men’s and Ashleigh Johnson on the women’s team of the USA. That feeling that I can see someone who looks like me, provides an overwhelming sense of inspiration and admiration. Those things push me forward.” 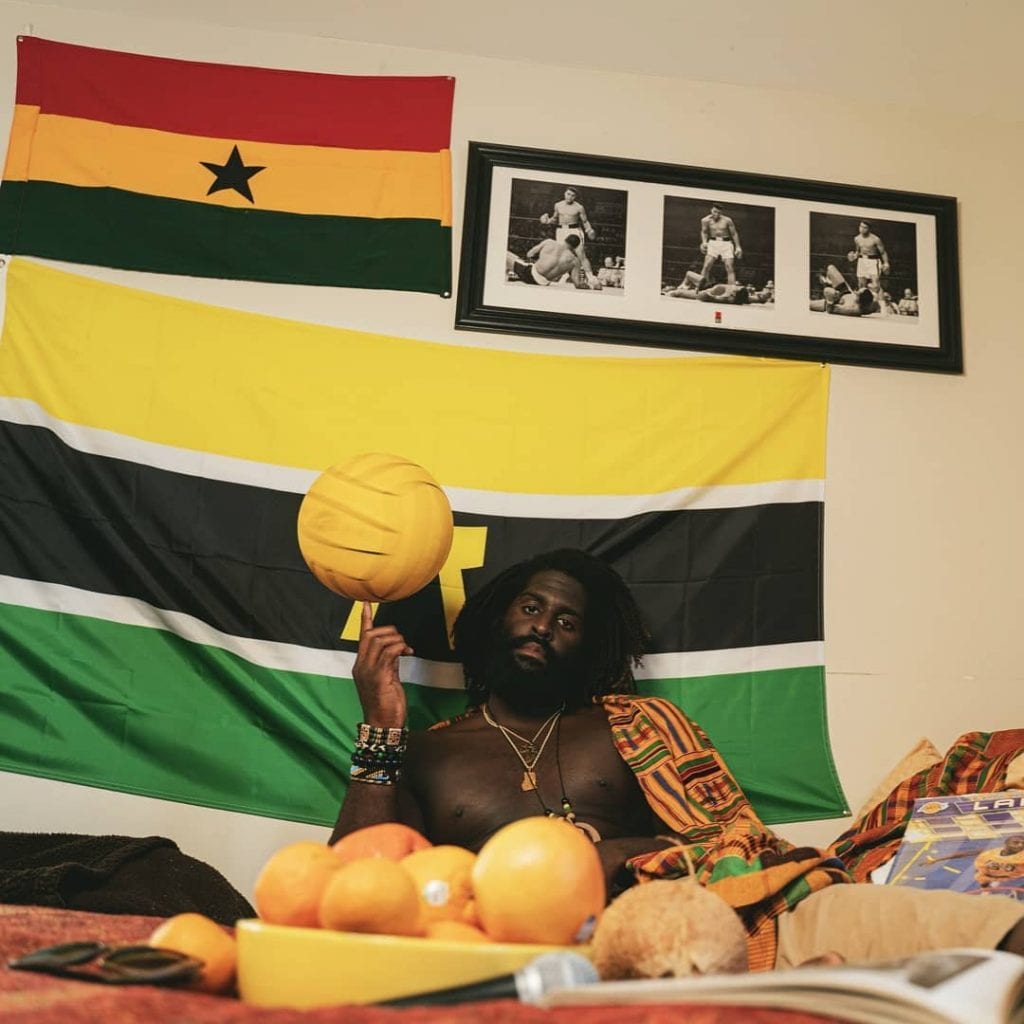 So what exactly have you started now – a federation, a club, school?

“Starting up a club program with a school team here is the best way to put it. There’s been a lot of support coming our way with it, so the plan now is to use that and go to more schools in different regions and inspire that same initiative. I made contact with the Ghana Swim Association in 2018, and with their assistance, I was guided to the Awutu Winton Senior School here in the central region of Ghana to make the first presentation of equipment. Since then it’s just been maintaining that good relationship, reaching out to other swim programs and continuing the efforts to grow Water Polo in Ghana with equipment and training clinics.

It feels great to be expediting the movement with the help of the right people here. Ghana is already home to a number of strong, dominant swimmers, so now the goal is to build the bridge and funnel those swimmers into a lasting Water Polo program.” 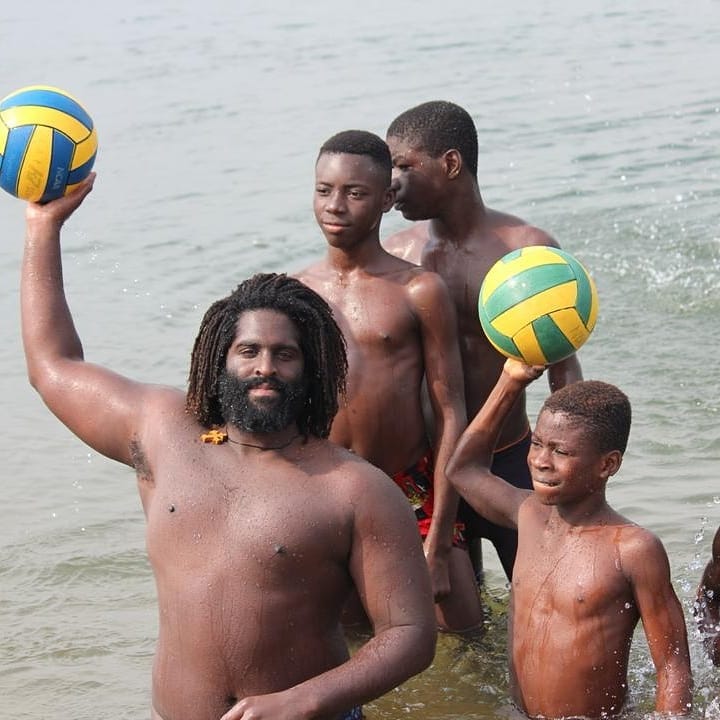 How many kids joined? How often do they train?

Between the programs in Awutu and Sogakope, I’ve worked with about 30 kids in total. I’ve also sparked the interest in some of the village children in Kumasi on some family trips there, so there really is no limit to how large this initiative can grow. Creating the training schedule recently has had to have been pretty strategic with COVID now, and the access to pools has also been a little tricky, but it doesn’t discourage too much. COVID has also paved the way in showing people that swimming in pools and open water are the safest measures of exercise, as a virus cannot be spread in water. The working goal is to make it so these kids can train at least 3 times a week, and then eventually build up to 5 times a week.

What are the conditions for training?

Right now it’s been totally all ages and all levels. I’ve seen athletes jump in with strong swimming strength and some that are just starting out with small experience. The best thing to see is the collective interest in the sport. Everyone that has shown up to train shares this desire to learn something completely new to them. It’s really amazing to witness as a coach and teacher. Above all talent and strength that an individual may have, the desire to stay excited and drawn to the sport is what ultimately propels their skills, growth and development. There’s a lot of fun had by us all at the sessions, and that makes me the most confident in the future of the sport here. It’s also pretty hot in Africa, so I think everyone loves a reason to jump in some water too. 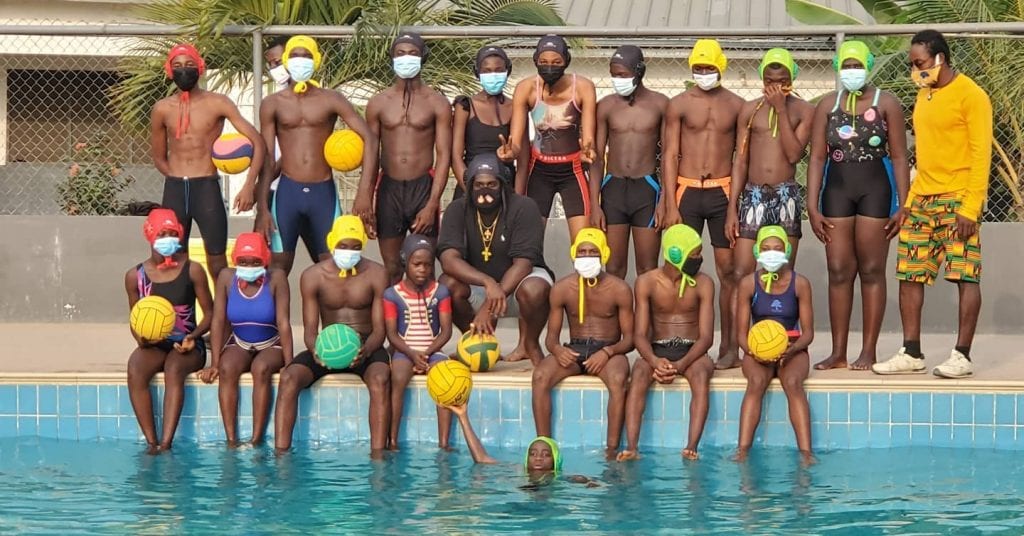 Do you plan any training matches?

Absolutely! The University of Ghana has an Olympic size pool that would be perfect for a match or even just a day of scrimmages. I reached out to the sports director and put in a request for an event, so God willing we’ll be able to put something together in March! The word has even reached some of the National Team swimmers here and they’re eager to put together a team of their own! It’d be a great day to have some fun with some competition and to showcase some Water Polo in a totally new environment. All in all, it’s just exciting to expedite the growth of the sport here. I’ve even been playing around with some ideas as well to put something together again in December. Stay tuned as time will tell!

What are the short-term and long-term plans for water polo development in Ghana?

Short-term goals consist of setting up consistent training schedules for the programs and distributing more equipment to more schools here such as East Legon, Achimota, the main University of Ghana, and others. With the help of GSA and the supporters back in the states and around the world, it’ll happen. Suits, balls, caps, & cages really go a long way to the community here. Another goal is to start some programs that can train coaches and referees here that can help make matches and training grow and become more consistent. That one I believe will have the most success with the help and support of Fina!

Long Term Goals include creating a bridge across the Diaspora to invite and welcome everyone back to Ghana and the Continent through sport. I can see a bright future in setting up an international tournament here with a lot of success. Increasing the melanated representation in the sport is really important to me, and doing so in a way that can impact the entire Diaspora across the world is a true blessing. There’s also a high drowning rate that exists in our communities, in and out of the continent of Africa, so lowering that out of existence through the instruction of water safety is another major goal. I believe it’s very important that everyone knows how to swim and manage themselves when in water. Especially in Africa where historically the water has been seen as a grim escape. Now the goal is to convert that fear into a leading strength on a major scale. 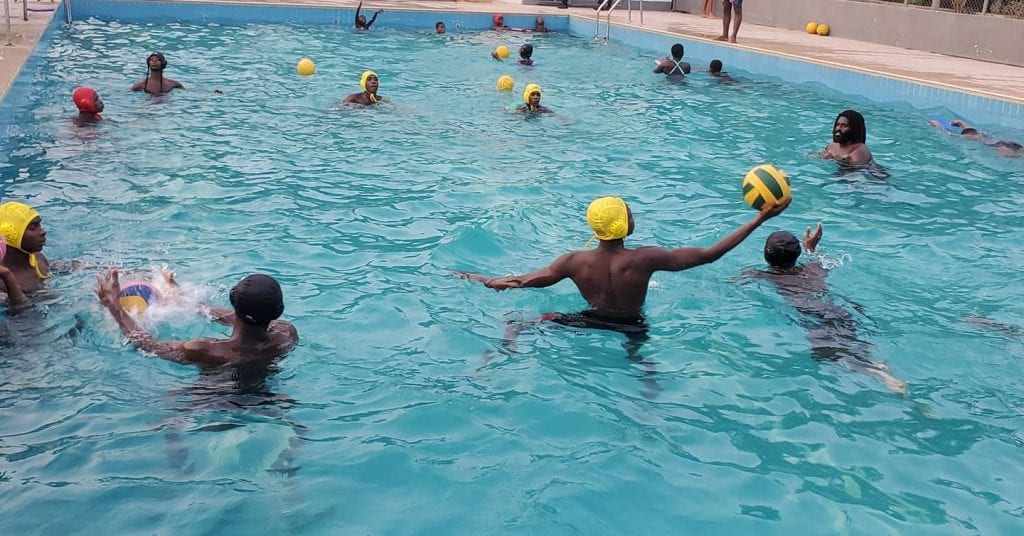 Lastly, the largest long-term goal is collaboration on the creation of a National Team for Ghana for the Olympics and bringing the Gold back home to the “Gold Coast”. I really feel the shock value of seeing an all Black West African team on the Olympic stage will get people deeply invested in the sport, the country, and the continent as a whole. Unity is what we strive for, and we have the strength of the Almighty on our side, so our future is bright! No matter how long it takes, that’s the goal! I am most excited to have people look back at this when it happens and see that this has been the plan all along.
The project title is: “Pool Runnings”! 😉