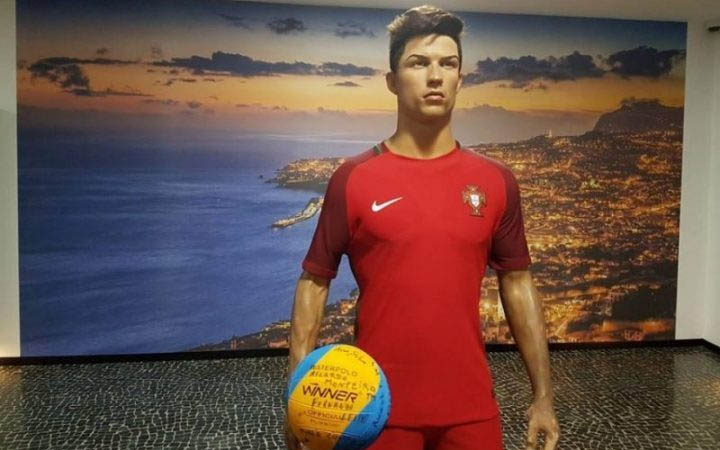 We sat down with  Fernando Leite, Portugal’s water polo head coach, to talk about water polo in Portugal and around the globe. Find out what he had to say about the hottest topics from the water polo world in his extensive interview with Total Waterpolo. 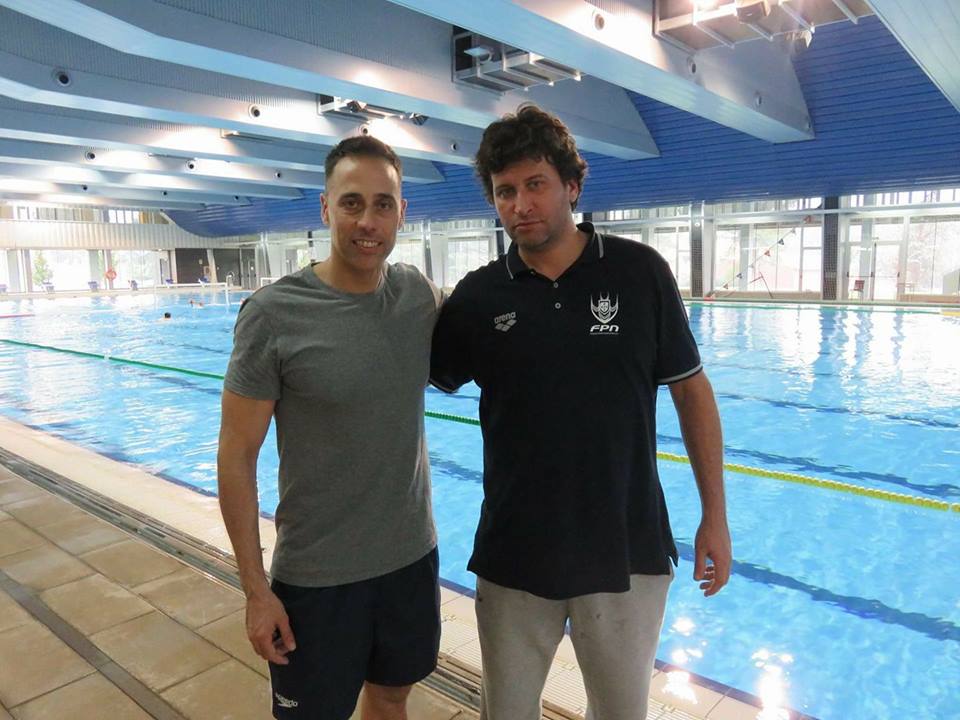 Let’s start with you – Where are you from?

How and when did you pick up water polo?

It all started with my parents. They were, and still are, big supporters of mine. When I was young they taught me how to swim. By the age of 10, I finished the swimming school in Clube Fluvial Portuense and started playing water polo there.

My first big connection to the water polo world was Rui Moreira who assembled great players during that time.

What were your achievements as a player?

Honestly, I personally was never a very good player. But while playing water polo, I had many opportunities to learn. I played in Fluvial as a junior, and later in Salgueiros on a senior level. In those clubs, I had the pleasure of meeting my lifetime friends and learn from them.

In Salgueiros, I was trained by Nuno Mariani for ten years. He is a coach with more than 12 consecutive titles in national championships.

When did you start coaching?

I started coaching 24 years ago when I was 18 years old. Since then, I have been trying to understand the coaching process and I’m still learning to this day.

So you have been gathering experience for a long time. When did you take over the national team?

In March of 2016, the president of the FPN (Portuguese Water Polo Federation), António Silva, invited me to the national team. I was to be the head coach for the seniors and younger national team, and also to assist in the implementation of the strategic plan for the Portuguese Federation. Our job was to develop a roadmap for water polo in Portugal.

What would you say was your biggest success to date?

Definitely being coach of the national team. It is a very responsible and honored position for every coach, especially for someone who comes from the country in which he coaches.

Besides my coaching career, I’m proud of my family. My wife Joana and daughter Sara are my great success and one of the biggest supporters on my journey. 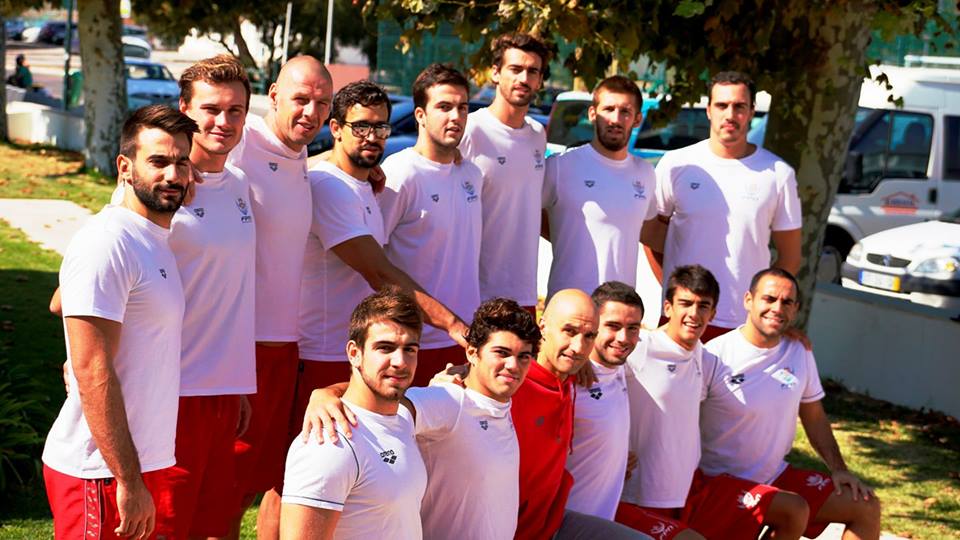 The state of water polo in regards to financial challenges is often discussed. How do clubs in Portugal finance themselves?

Shortly, with a lot of improvising and strict budget control. Clubs in Portugal try hard to “keep their heads above water” and manage those budgets in order to keep sustained growth.

Do they get any financial help from the government or local state communities?

To some degree. Local governments and communities essentially help in providing space to play and train.

There are only a few sponsors, but they are good. That’s a field in which we can develop. Acril Sports is an example of a Portuguese brand that wants to be a part of the water polo world.

How well is water polo covered in media in comparison to other sports?

Not too well, but I think it’s the fault of the people in water polo world. Today we have many technological tools. We have to be more persistent with the media.

What could be improved in the future?

There are quite a few things that need improvement:

Are there any beach water polo or 3v3 tournaments in Portugal?

Portugal is an Atlantic coastline country. We have many beautiful places to play beach polo. Last summer, River Polo Amarante and Académica Coimbra Beach Polo hosted events. And these are just two examples of what we’ll see in future.

Apart from that, Algarve and the islands Madeira and Azores have fantastic conditions to practice beach polo. 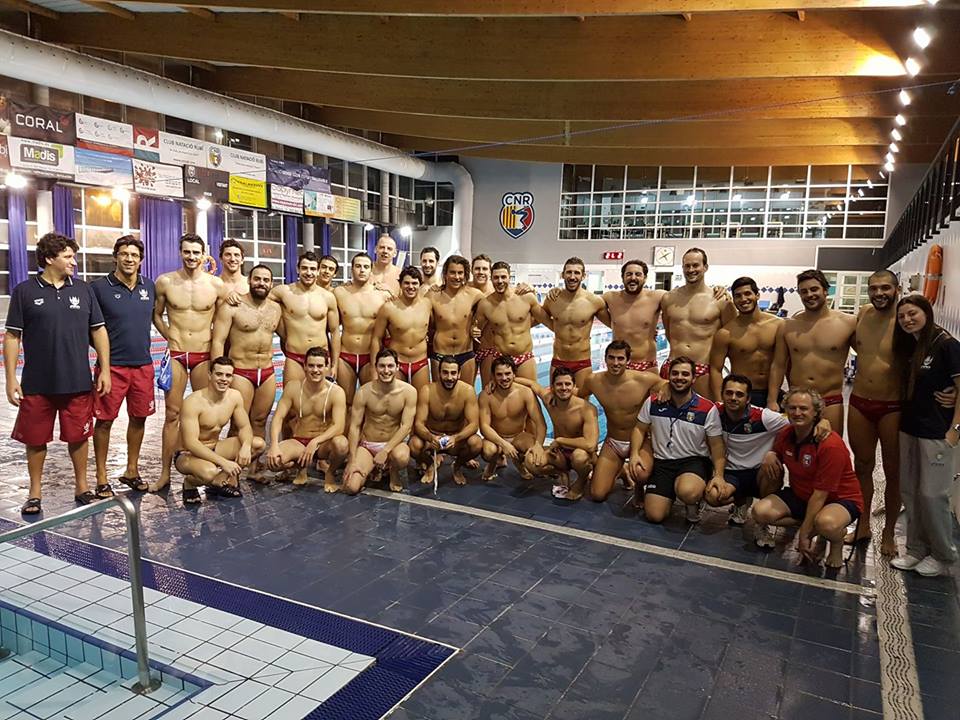 How many clubs/registered players are active in Portugal across all leagues?

There are 25 clubs in 19 different cities in all leagues and age groups. Together, they consist of around 1200 players.

Water polo is, in general, more concentrated on the north, around Porto. In the south, it’s popular around Lisbon. We have excellent infrastructures (indoor and outdoor), all around the country.

Let’s talk about the First Portuguese League organization. How many clubs are there, how many games are played and in which period?

The season starts in September with the Supercup and the Championship. The first phase begins in October and lasts until April. The second phase is played until June.

Which team is currently the best in your league and why?

The best team at the moment is Clube Fluvial Portuense. They were champions twice in last two years and they are first in this year’s championship. For us, this is the second year in which we are participating in the Champions League and managing to win a game.

You mentioned that the financial state of water polo is currently not so great. What are the salaries for the first league players in Portugal?

Mostly, the players don’t get any salaries, but clubs arrange a way to facilitate employment or they give other benefits.

We have two players playing outside — Moreira in Denmark and Inês Braga in Italy. They are important to us since they share special experience in good water polo leagues with better structure and budgets.

What about the Portuguese female league?

There are seven teams: SL Benfica, CF Portuense, Gondomar C, Lousada, CA Pacence and Paredes. In general, the league is similar to men’s.

How is the competition for youth divisions organized?

Youth divisions’ competitions are organized at the national level for clubs under 12, under 14, under 16, under 18 and under 20. The first phase is a regional one and the finals are national.

We have six regional water polo associations with the goal to make championships regular for regional teams in the ages below 16 and below 14.

Do you have any specific rules for children such as no 5m penalty shots and a smaller ball?

Yes. In the U-12 and U-14 teams, boys and girls play together. The U-16 format has no 5m penalty shots and the ball is smaller.

I think the rules must be adapted constantly, well explained to everyone as well as discussed and evaluated.

How often do children train?

Some clubs have very good schedules because they understand they have to train more to be better. On the other hand, there are clubs that don’t train as much as they should. This is partly due to the problem of having no pools to train in.

Do these clubs attend to international friendly tournaments?

Next July, we have a great opportunity for the “Habawaba” in Barcelona.

Portugal has excellent conditions to host competitive training camps, friendly tournaments, and official competitions – though they must be developed first.

Can you name some young Portuguese talents that could have international careers in the future?

We have a lot of talented players who still need to work hard to follow their dreams. I’ll name some of them: Carlos, Ramos, Salvador; Manuel, Nuno, Ramalheira, Leonardo, Carneiro. 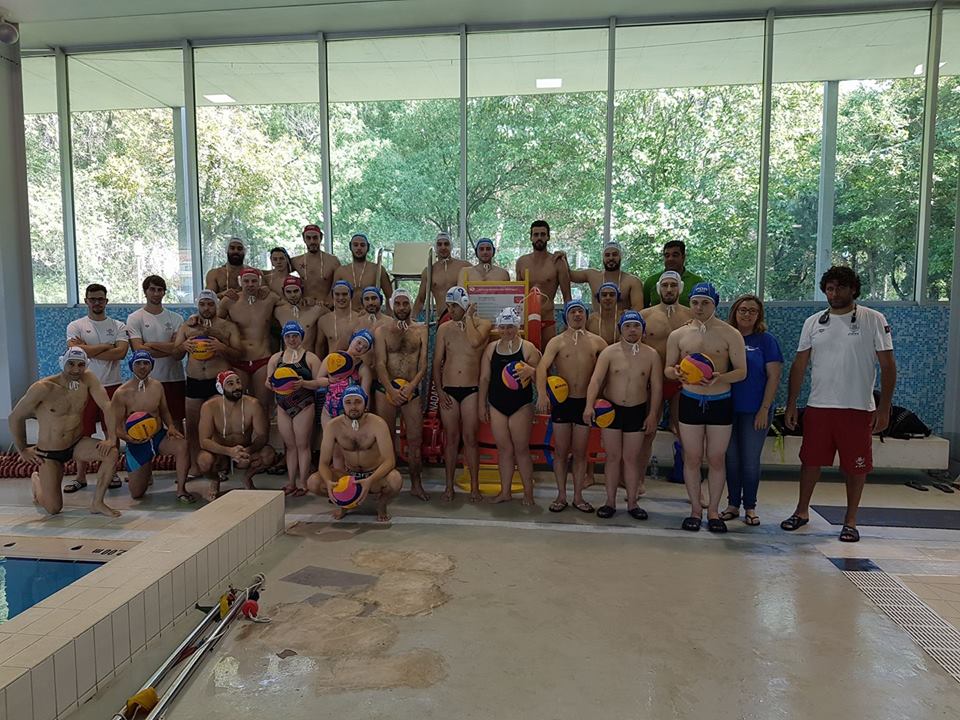 What are your biggest achievements on the national level?

The greatest achievement is maintaining the national team. With commitment and dedication, we have a lot of space for improving our national water polo training quality.

As for the big achievements, Portugal participated in the Olympic Games in 1952 with the Hungarian coach Emeric Sacz and in European B Championship in 2004 with Nuno Lobo as the head coach.

We won two tournaments in Loulé and won the fifth place in Szczecin. We had two training camps in Barcelona organized through BIWPA and played training games there. Also, we won the second place in the qualifying tournament in Rio Maior, maintaining our place among the top 20 teams in Europe.

53 players (juniors and seniors) and 11 coaches played in 21 pools. As for the media, we have had eight television reports on our National Team. We are constantly promoting water polo across the country.

Mainly to maintain and increase our training quality for the challenging games ahead of us. We played against Slovakia on the 24th of February in Portugal, and on the 3rd of March in Slovakia for the European Championship in Barcelona.

We need to develop a plan for our younger teams and get the players ready for the regional level games. Our technical directors — Ivo from AN Lisboa and João Pedro from ANNORTEP — are developing a structured project. We need this kind of work to become more frequent.

What are your biggest challenges in managing the national team?

To change the state of mind — we need to focus on training and high performance.

For me, it is a pleasure to work with athletes and I am proud to see myself as the national coach of Portugal. The challenges we face are positive, the players are motivated and the club coaches are of great help in the process of building the national team.

In my opinion, to build a national team, you need money, structure, and players. The vice president of water polo in Portugal, Jorge Cruz helps a lot. The federation has a long-term development plan for water polo.

Who are your best players currently?

The goalkeepers Nicolai and Silva, the center backs Costa and João, centers in the wings Ricardo and Salvador. Of course, there are Teixeira, Moreira, Pedro, Max, Ramos, Miguel and Parati.

Do you have a coaching role model?

For me, it’s important that you stay true to your words. To be a role model, one has to be honest and have ethics for his team to follow since there are team rules, athletic codes, and rules of water polo.

Here are some of my believes in coaching fundamentals:

If you could pick one international player to play for Portugal, who would you choose?

Which team (club or national) plays the best water polo in your opinion?

As a national team, Croatia had a great season last year. I liked the way the play. Hungary and Serbia are strong too. Italy, Greece, and Spain are the countries that are doing well and are focused on getting even better.

Partizan has produced more talents in recent years than any other team. They are a good team for creating big stars.

In your opinion, what can be done to make water polo more popular on a global scale?

Change the sport’s model. Water polo, at its core, is difficult to grasp. Let’s make it simple to understand.

Also, there is the problem with communication. We need to reach more people, and to do so, we need to find new participants.

Water polo is an Olympic sport and that is something important. It achieved a lot throughout its history and tradition to be an institutionalized and regulated sport. It has a number of highly skilled people from a wide variety of professions. They can all be mobilized and oriented towards water polo.

To support the growth of the sport, we must make it more visible and enjoyable. Because of its low media reach, water polo attracts only a small number of sponsors – we have to change that.

Also, water polo has only a few federal associations and clubs worldwide — their structure is very important. Competitions must be open to more countries. Long-term development programs and events need to be available to all, not just the elite.

We have to increase educational material such as books, manuals, and videos because water polo needs to enter the technological era. Along with that, we need coaching education programs and opportunities for them to make a career. Organizations such as World Water Polo Coaches Association must have a voice in the decision-making process.

We would like to thank Fernando Leite for having an interview with us. For all the latest news in water polo world, as well as other interviews, be sure to follow us on Twitter and Facebook. 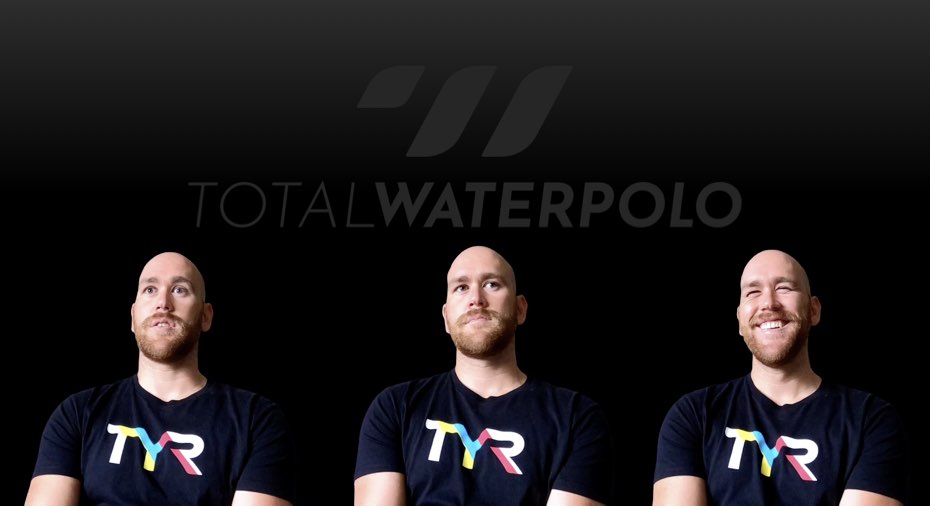 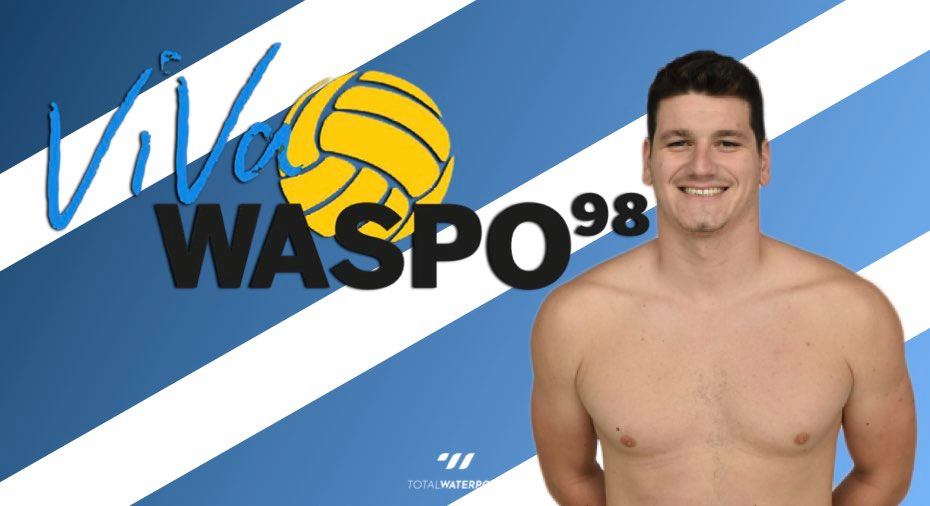 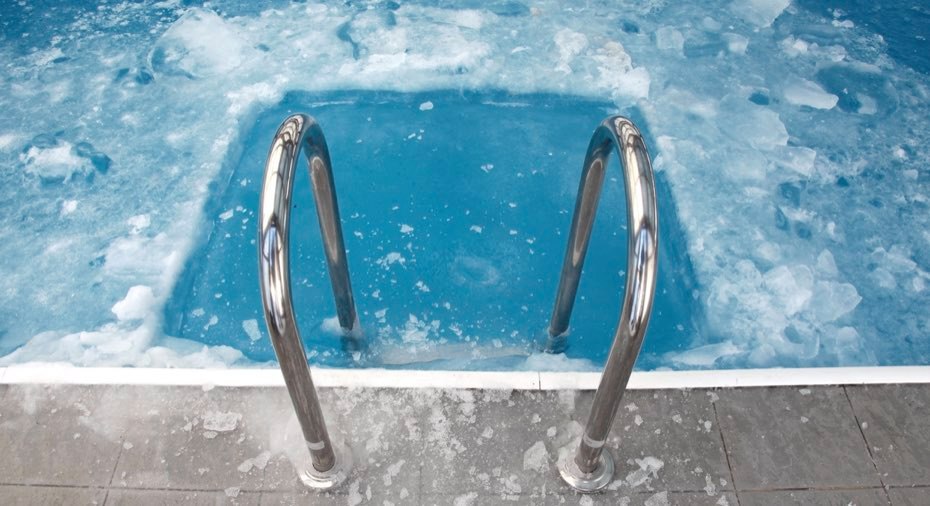