Water polo in The Netherlands 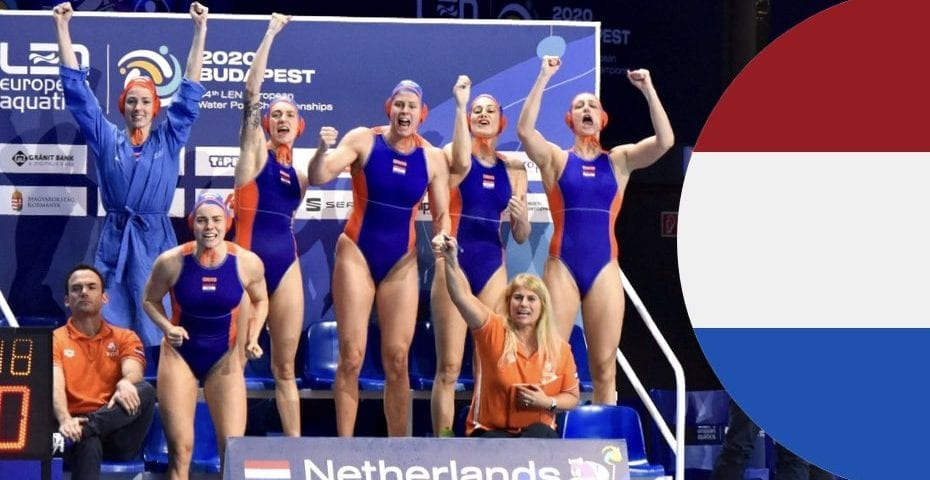 The Netherlands knows a rich water sports history. The small, densely populated country in northwestern Europe is located partly below sea level. The country has been fighting against water for centuries with dikes and polders. Learning to swim is therefore a basic element of Dutch upbringing. With nearly 1,800 water polo teams in dozens of leagues, the country has perhaps the most extensive water polo competition in the world. However, this broad base does not lead to structural international triumphs. Especially the men’s team craves new success.

The water-rich Netherlands ensures that the country has always excelled in water-related sports: sailing, rowing, windsurfing, swimming and when the water is frozen… speedskating. Water polo may also be included in this, although the national men’s team has fallen behind at the international level in recent years.

The numbers are impressive. There are 408 clubs in the Dutch swimming federation (KNZB). Water polo is played at 256 of them. More than 22,000 water polo players, divided over 1,777 teams, play at all these clubs. The youngest youth – under 9 years old, the so-called ‘Minis’ – are not even included, because at that age they don’t play in any league yet. Some clubs have a very large water polo section. The largest club is ZVL-1886 from Leiden. They have 35(!) teams that play in a league. ZPC Amersfoort (32 teams) and ZV De Zaan (25 teams) complete the ‘top-3’.

All those players and teams cause major differences in level within Dutch water polo. After all, playing water polo in the highest league (Eredivisie) is very different from playing at a regional level in a team with friends or with people over 50 years old. For all those players and teams, however, a competition has been set up, pool water must be rented and referees are scheduled. Add to that the fact that all those 22,000 water polo players also want to train a few times a week and it becomes clear that the water capacity is creaking at its seams. Because, as in many other countries, pool water in the Netherlands is expensive and scarce.

These different levels can be found in the competition format. At the national level, there are seven leagues. There are also national leagues for youth from the age group ‘under 15’. Below that, there are many regional leagues. 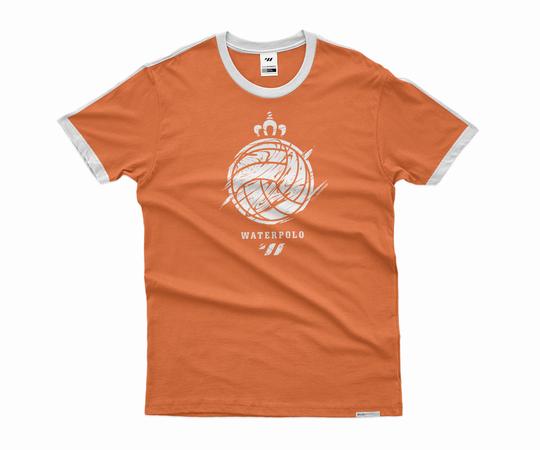 In the men’s league, there is a national championship since 1901. For the ladies, this exists since 1920. Het Y from Amsterdam is the most successful club in the country with 27 national titles, but those successes are not from a recent date. The last Amsterdam title dates from 1940 and in the meantime, the club has descended to the second division. After the ‘Amsterdam years’, the hegemony of The Hague began. HZ Zian predominated in the years after the Second World War and won 14 titles between 1940 and 1959. De Robben from Hilversum was the superpower in the sixties and seventies. The club from Hilversum won a total of 11 national titles. Then came the era of AZC from Alphen and den Rijn. In the 1980s they were unapproachable, as they were in the early years of this century. The intervening years, AZ&PC from Amersfoort and Polar Bears from Ede in particular alternated the national title. In recent years UZSC from Utrecht has been the best club in the country. They have won the title four times in the past five years.

Among the women, the Robben and HZ Zian are also the ‘big earners’ in terms of national titles. But here too, that is an image from the past. De Robben subsequently won the title between 1945 and 1975, but never again after that. More recent titleholders are Polar Bears, UZSC, ZVL and GZC Donk from Gouda.

There is also a National Cup. It is played from 1947 for men and 1986 for women. With 21 Cup-titles, AZC is the absolute Cup-champion among men. AZ&PC follows in second place with 6 Cup victories. Among the women, it is again the ‘established four’ (Polar Bears, UZSC, ZVL and GZC Donk) who seem to have a patent on winning the Cup. But Het Ravijn cannot remain unnamed in this context. The club from Nijverdal won the National Cup no less than 8 times.

The route to the Dutch national team

The broad base in the Netherlands is formed by many clubs. The stronger the clubs, the more youth players there are and the better it is, seems to be the motto of the KNZB. Children can take the first step up by joining a Regional Water Polo School (RWPS). There, ambitious and enthusiastic children come together in a regional program and in this way water polo is taught outside their own club. Participation in an RWPS can be a stepping stone to a Regional Training Center (RTC). The Netherlands now has 8 of such RTCs. These play a major role in talent development because there are insufficient clubs that can offer a program that is appropriate for talented and ambitious players. As a talent, RTCs allow you to follow an extra range of high-quality training courses in addition to the offer of the club. In line with the RTC program, the KNZB regularly offers central programs for certain age groups. There the scouting for the Dutch Juniors begins.

For the past two years, the greatest talents from the age of 15 can transfer to the national Water Polo Academy, located in Eindhoven. There, a full-time program of four years is offered to players who are really super motivated to focus on their development and have the potential to become a top player at (inter) national level. As in a pressure cooker, they are immersed in top sport. The primary focus is individual development in physical, tactical and mental sense. 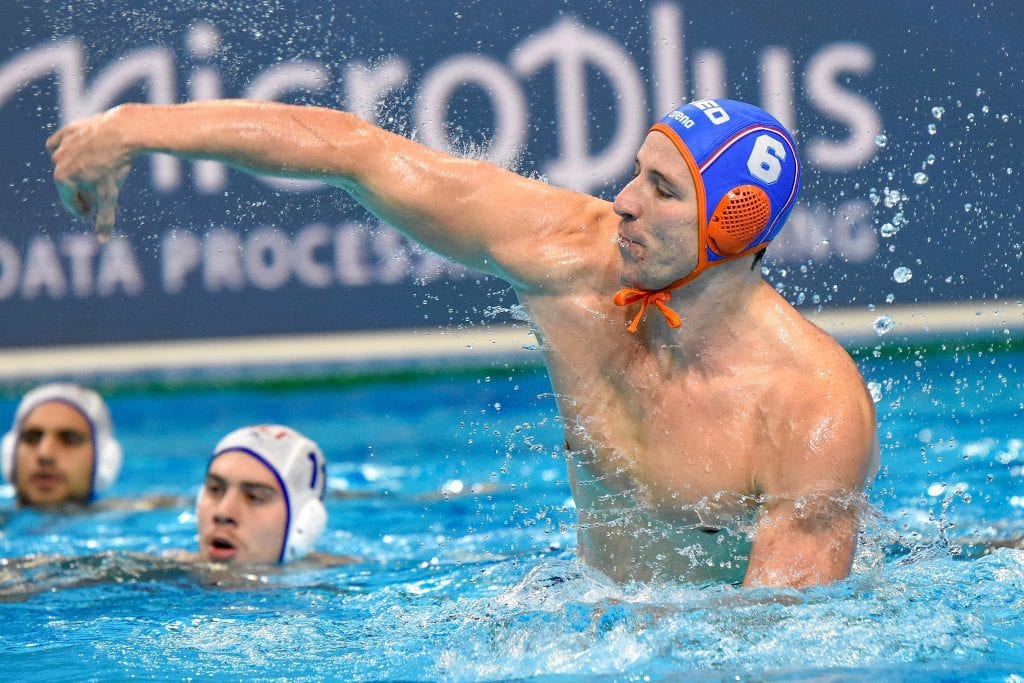 Ideally, participants from the Water Polo Academy will flow to the national team, the showpiece of the KNZB. Those internationals rarely played for Dutch clubs in recent years. Clubs in the Netherlands do not offer a full-time program and have not been able to impress internationally for years. Often the Dutch champions don’t even register for the Euro League anymore, mostly for financial reasons. The full-fledged internationals therefore usually seek refuge elsewhere, across the border, where they can be fully engaged with their sport at foreign clubs. Spanish clubs in and around Barcelona have been popular among them in recent years. This season many players of the men’s team have returned to the Netherlands water polo league to prepare for the Olympic Qualification Tournament in Rotterdam next February. This year mainly players of the national women’s team left abroad. That’s how national coaches Harry van der Meer (men) and Arno Havenga (women) are each walking their own path towards success.

Talking about successes, the national women’s team celebrated the greatest successes, with the Olympic gold medal in 2008 as their absolute highlight. In the years before women’s water polo became Olympic (2000), the ‘Orange ladies’ were the great leaders of international water polo. Between 1980 and 1999, they won the FINA World Cup no less than eight times. In 1991 they became world champions in Perth and between 1985 and 1993 they won five European titles, regularly winning finals by more than ten goals. When it became clear in 1997 that women’s water polo was becoming Olympic, the budget and training labor in other countries went up drastically. The Netherlands remained active at an amateur level, which led the ‘pioneers of women’s water polo’ no further than the fourth place in Sydney. It was a big hangover for the team that would have liked to end their career gloriously. Successes also failed to materialize after Sydney, with the gold in Beijing of course as a very positive outlier. After that success, some lean years began again, but from 2014 the turnaround is visible and the Netherlands competes structurally for the medals, although Olympic qualification failed in 2012 and 2016. The most recent successes for the women’s team are European silver (2014, 2016), World Championship silver (2017) and European gold (2018). 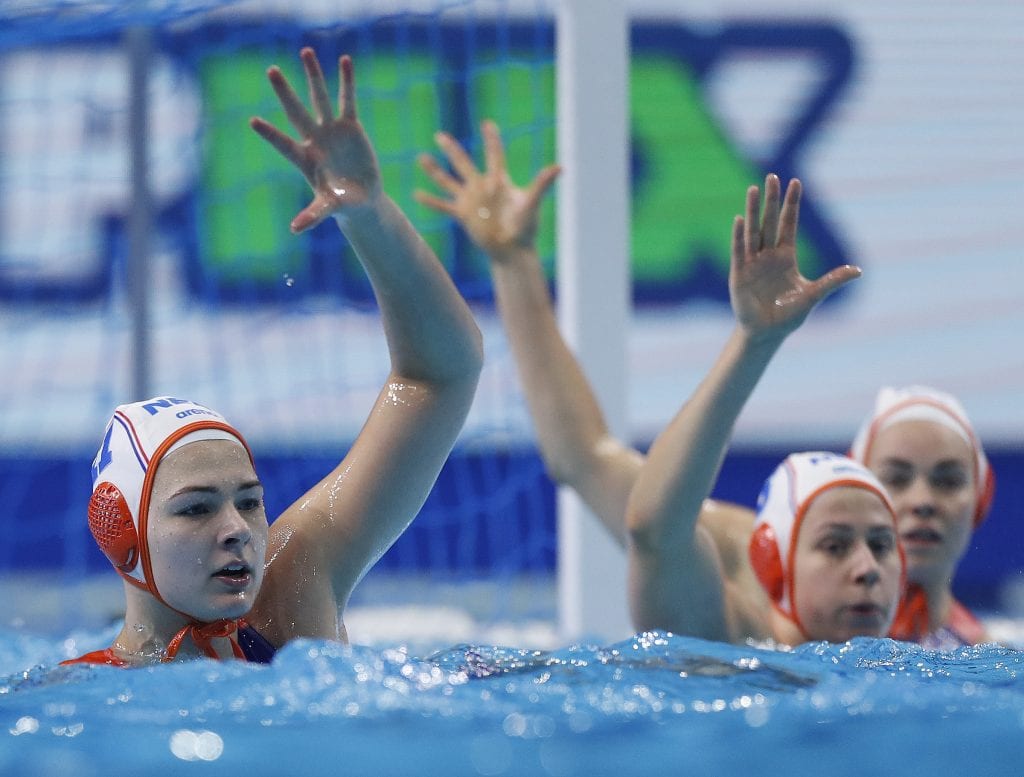 Dutch women’s team in a defensive action during the Euro 2020 in Budapest.
Photo by Laszlo Balogh / Total Waterpolo

A completely different story for the men’s team. Olympic bronze was won in 1948 and 1976, but that medal in Montreal is their last international success. After Sydney, the team was unable to qualify for the Olympic Games. The breakup of the Soviet Union and Yugoslavia has increased competition to such an extent that the Netherlands water polo is already happy with a tenth place at the European Championship. The modern ‘power water polo’ also seems to suit the Netherlands less well. Traditionally, the team had to rely on fast and agile water polo. By adhering to this philosophy for too long, Dutch players often lack strength in hand-to-hand duels.

It is the Dutch water polo controversy. On the one hand, with hundreds of clubs and thousands of water polo players, there is enormous potential. On the other hand, the amateurish approach, the (too?) great emphasis on recreational sport and the way of training is insufficient to link up with the top countries at the international level. Compare that for example with a country like Montenegro with only a few hundred water polo players, but they compete structurally for the prizes. So what’s the golden formula? Who knows, projects such as the Water Polo Academy will ensure that the Netherlands can also recover a bit at the men’s side and an Olympic qualification will again be possible in the future. That would be a great success for the water-loving Dutch people. 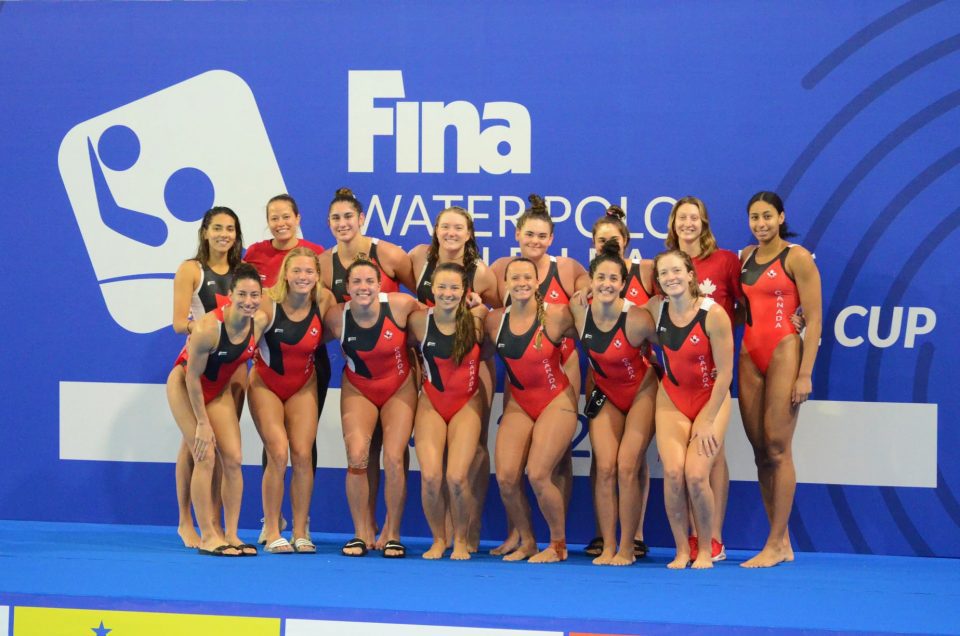