The club’s Extraordinary Assembly was held in Belgrade today, after Partizan’s coaches, members of the current team and former players asked for the new elections and resignations of the management since the club has been in deep crisis for years.

Several former and current players of Partizan and the national team of Serbia are members of the new management.

Nikola Kuljaca was appointed as Partizan general manager. Kuljaca was Partizan captain for years. He was a goalkeeper of Yugoslavia’s national team, which won silver at the 2004 Olympic Games and bronze at the 2000 Olympics. He collected a lot of other medals at big competitions. After his playing career, Kuljaca has worked at Partizan, the Water Polo Federation of Belgrade, the Serbian Olympic Committee, etc.

Jovan Lazarevic, a businessman, is a new president of the club.

One of the most successful Serbian water polo players Slobodan Nikic, who retired this summer, was appointed as the Supervisory Board president, while Srdjan Miskovic (a water polo delegate and former referee) was elected for the president of the Assembly. 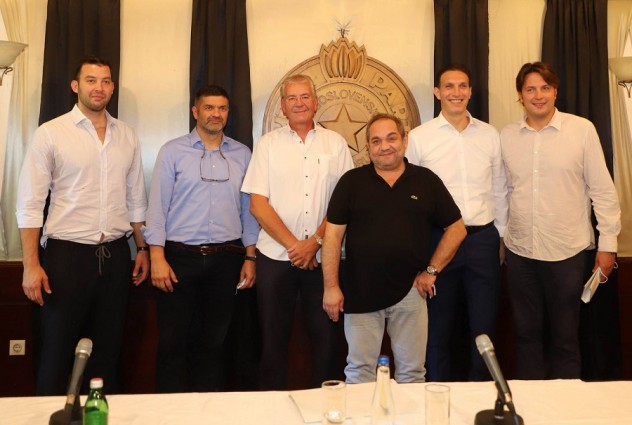 General manager Tatijana Rakas, the club president Aleksandar Sostar, and the Assembly president Zoran Avramovic were dismissed. Avramovic (who didn’t attend today’s meeting) and Sostar were ready to leave the club after the Assembly.

All decisions were made unanimously.

But, the Extraordinary Assembly, most likely, hasn’t been the last episode of the series of turbulent events in Partizan.

To remind, in December, the Assembly of the club was held, and Sostar and Avramovic were dismissed. Afterward, Mirko Bradajic was appointed as the club president and Srdjan Miskovic for the Assembly president. A few months ago, Miskovic had resigned, but he accepted to be a candidate for the president at today’s Assembly.

In the past few months, Avramovic and Sostar had claimed that the decisions made in December weren’t valid and that the competent state authorities had agreed with such an attitude (the Secretariat for Sports of the City of Belgrade and the Ministry of Youth and Sports of Serbia annulled the decisions of the Assembly from December 2). Former players supported Avramovic and Sostar. The two said that they would leave the club after a new, legal Assembly, and that happened today.

On the other side, the current club administration, headed by Tatjana Rakas, released an announcement on Friday. According to them, today’s Extraordinary Assembly isn’t legal. Moreover, they said that Sunday’s meeting would be “a fake Assembly”.

Rakas and Bradajic probably won’t accept today’s decisions as final. We’ll see if the “war” is over

By the way, the management in which are Rakas and Bradajic, appointed Igor Milanovic as a new head coach a few weeks ago.