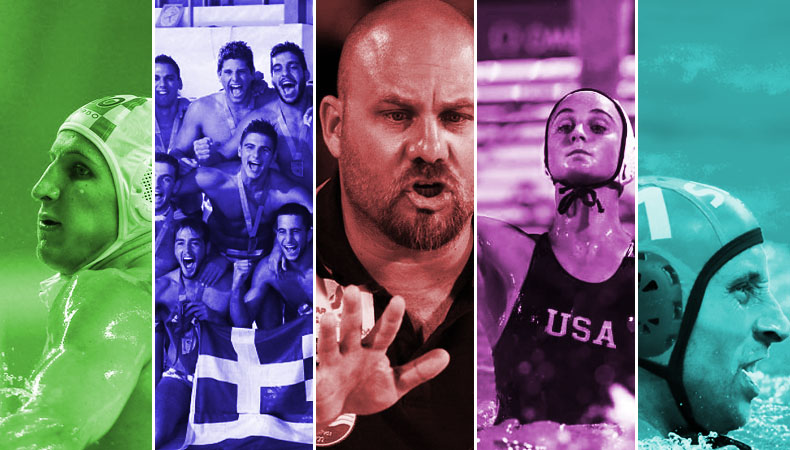 With 2017 rapidly drawing to its end, our team took the time to review the past year. It was a year packed with tons of top-notch water polo, dramatic games, impressive performances, and tragic turns.

Check out or editorial staff’s “TOTAL MOMENTS 2017” and relive the best moments water polo had to offer.

The past season’s Hungarian double-crowned Champion was able to add the most prestigious award to their collection – The Champions League title. Head coach Sandor Cseh forged a mighty team lead by Andrija Prlainović, Denes Varga, and Marton Vamos. When adding their unbreakable goalie Viktor Nagy to that list, it doesn’t come as a surprise, that only Olympiakos managed to wrestle them off a single point in the early beginnings of the CL group stage.

Although Jug Dubrovnik helped by throwing major contender Pro Recco out of the tournament during the semifinals, the Hungarians showed no mercy towards them during the finals (10:5). Thus they celebrated their first historical Champions League title in the beautiful atmosphere of the Dunaj Arena.

It will be interesting to see if the will be able to defend the title – the quality of their roster definitely puts them among the top contenders.

After everything we have seen this year, we can proudly say: Water polo has a great future. After the conclusion of the men’s world championship in Budapest, Belgrade hosted the finest junior athletes from around the globe.The Serbian team as hosts was considered the frontrunner for the title, with only Hungary being able to seriously jeopardize their plans. But in the end, it was Croatia and Greece who found themselves in the finals.

After almost repeating their efforts from their games against Spain and Serbia in the semis, the Greek team managed to come back from a seemingly lost game with zealous unity and true desire, just to win the gold after a dramatic penalty shoot-out.

Greece’s final penalty for the win

With an impressive performance at this year’s world championships in Budapest, the American women’s team defended their title from Kazan 2015. With this, they continued their gold medal streak at major championships, which they started back in 2014 with their world league win. They concluded the tournament in Budapest without a single loss and their performance in the finals against Spani (13:6) further proves their domination.

This makes five world championship titles for the most successful female team in the history of the sport. Head Coach Adam Krikorian who took up the women’s national team back in 2009 has created an outstanding work environment within the national divisions. It seems unlikely that anybody will be able to stop the American women’s team in the near future.

FINA Play of the Day

No matter who you are rooting for, every water polo lover will agree that the semifinal game at this year’s world championships in Budapest between Serbia and Croatia was one of the best matches in recent history. After years of domination, Serbia went into the game as the frontrunner, but Croatia, under the leadership of their captain Sandro Sukno, managed to pull off a perfect game.

Albeit being down throughout large parts of the game, they never let the Serbian team split off and entered the final quarter on equal grounds. Croatia’s goalkeeper Marko Bijač locked his goal during the last three minutes. His game-winning saved occurred with 3 seconds left on the clock, denying magnificent Andrija Prlainović’s attempt, who still managed to score six times during this game.

Not much needs to be said about the displays of pure skill we had the pleasure witnessing throughout the past year – relive some of them with our Total 10’s from the World Championships and the Junior World Championships. Sit back and enjoy.