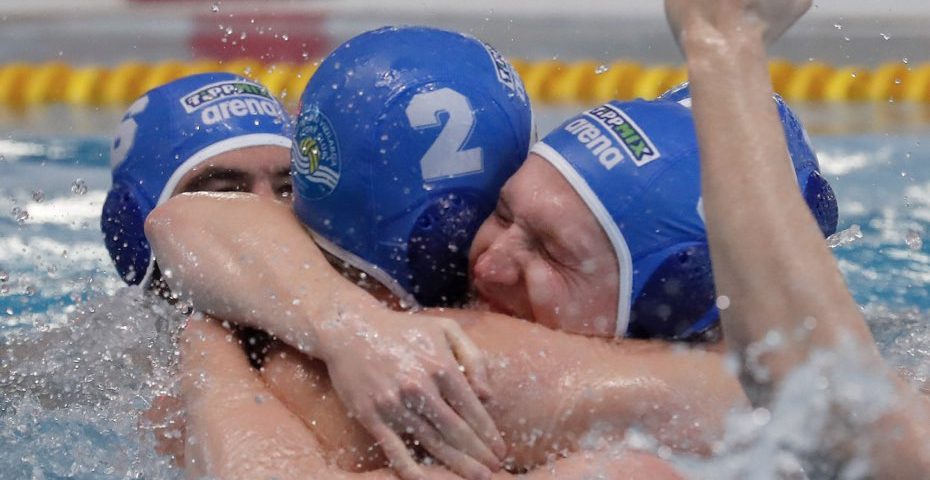 Almost all of the best water polo players in the world are in Tokyo at the moment. There are no many water polo superstars who miss the Tokyo Olympics.

Do you know which male club has the most Olympians?

It’s not hard to guess. The answer is – Pro Recco.

Although three players who are on Olympic rosters left the club this summer, 12 Recco’s players are competing at the Olympic water polo tournament (three of them arrived this summer). They are members of six different national teams. Besides the 12, Recco’s new head coach Sandro Sukno participate in the Tokyo Games, as a member of Croatia’s staff (he is Ivica Tucak’s assistant).

Barceloneta is represented by ten players (all are on Spain’s roster) and a new coach Elvis Fatovic, who will leave Australia’s bench after the 2020 Olympic Games.

Olympiacos and Novi Beograd have been the most active clubs during the transfer window. Nine players of Olympiacos are battling for glory in Tokyo, including three captains of the national teams – Filip Filipovic (Serbia), Andro Buslje (Croatia), and Ioannis Fountoulis (Greece). Olympiacos’ coach Theodoros Vlachos guides Greece.

Six Olympians have arrived at Novi Beograd this summer. They have been welcomed by head coach Vladimir Vujasinovic, who is Dejan Savic’s assistant in the coaching staff of the Serbian national team.

We composed the list of the European clubs which have three Olympians or more on their rosters.
The transfer window hasn’t been finished yet, so there will undoubtedly be changes on this list after the Tokyo Olympics. A few players are still free agents (Bodegas from Italy, Milos from Croatia, etc), but most big transfers were completed before Tokyo.

(Note: Players and coaches marked with * arrived at a current club this summer) 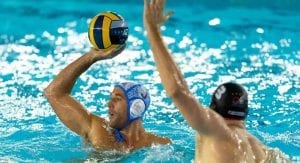 Barceloneta, Spain (10 players and a coach) 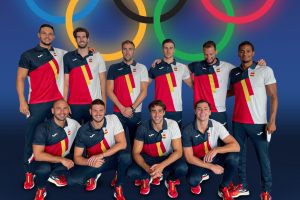 Olympiacos, Greece (9 players and a coach) 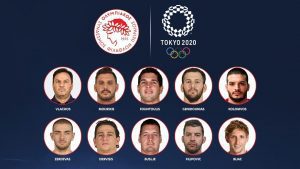 Departed this summer: Obradovic, Loncar, Garcia (all Croatia). Note: Garcia will retire after the Tokyo Olympics.

Marseille, France (4 players and a coach)

Hungarian champion Szolnok and champions of three ex-Yugoslavian countries: Radnicki, Mladost, Jadran Herceg Novi aren’t in the list of the clubs with three or more Olympians, but a lot of players who represent their nations in Tokyo played for these clubs in the last season.

One of Radnicki’s best players in the last season Strahinja Rasovic is on Serbia’s Olympic roster, but he moved to Novi Beograd after winning the title with Radnicki. Still, the Serbian and the Regional League champion has two Olympians – Aleksa Ukropina (Montenegro) and newcomer Josip Vrlic (Croatia).

Jadran’s only player in Tokyo is the club’s captain Marko Petkovic (Montenegro), while two members of the team of Montenegro left the club this summer – goalkeeper Petar Tesanovic (Brescia) and Dusan Banicevic (Sabadell). Djuro Radovic, who moved from Jadran to Olympiacos, would have gone to Japan if he hadn’t got injured.