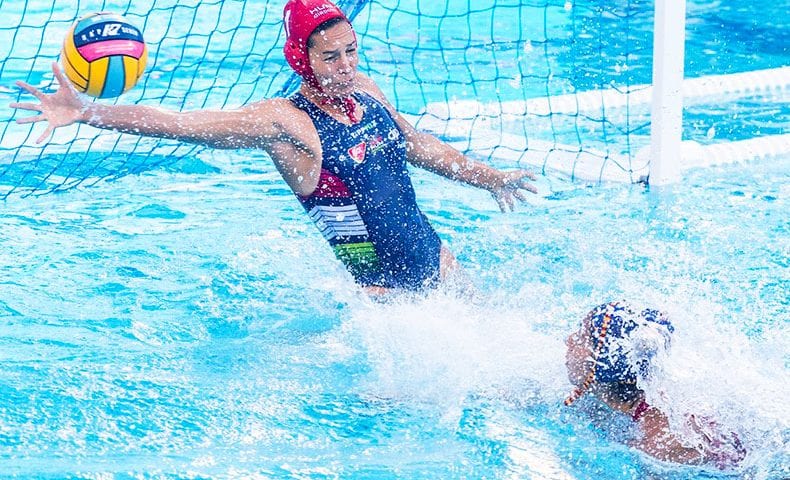 It’s decision time in the women’s Euro League quarter-finals. It’s all set in one duel – Olympiacos (GRE) crushed Sant Andreu (ESP) in Spain – and Sabadell (ESP) also seems on its way to the Final Four. The other two encounters are wide open.

Winning by nine goals a fortnight ago in Sant Andreu ensures a peaceful return game for Olympiacos in Piraeus as the 2010-2011 champions are set to return to the Euro League F4. Last season they were edged out by title-holder Kinef (RUS) in this stage, now the Greeks can already prepare for the last stage.

At the same time Kinef, winner of the last two editions, faces another tough test in Greece again. Last year they drew 10-10 with Olympiacos at home but won 10-11 in the away game and went on retaining their title. This time the Russians are playing with Vouliagmeni and could earn only an 11-10 win at home – one better than last year but this trip to the Greek capital promises anything but an easy ride.

So far UVSE (HUN) and Padova (ITA) followed the same pattern they had a year ago. Then they finished 7-7 in Budapest and the Magyar side won 6-8 in Padova. Now they met again, it ended 6-6 in the Hungarian capital – and there is another terrific battle is in sight (they always produce thrillers, in 2017 UVSE beat Padova 7-6 in the LEN Trophy final).

Sabadell is close to complete another successful journey to the final stage. The Spaniards were part of the show 7 times in the last 8 editions, reached the title bout 6 times, won 4 – so enjoying a three-goal lead from the away match well could be regarded a guarantee. However, they face record-holder 8-time champion Orizzonte (ITA) so nothing is granted. In fact, last year the Italians gained a 3-goal advantage in Dunaujvaros but in the second leg they were stunned and only the penalty shootout saved them – this example (and perhaps those seen this week in football with Real Madrid and PSG…) should warn Sabadell to play with maximum concentration.