Who will succeed Dejan Savic? Candidates in Serbia and Greece 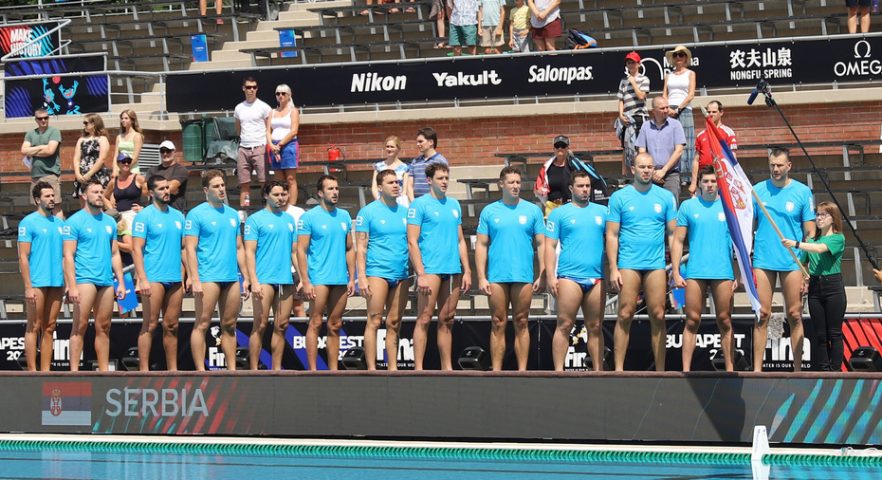 Serbia waits for a new coach Photo by Slobodan Sandic/VSS

The biggest news in the world of water polo this week is Dejan Savic’s resignation from the bench of Serbia.

Great Dejan Savic led the national team for ten years and achieved fantastic results. His successor will have a demanding task to continue Savic’s successful road.

Serbia, as a country with a long water polo tradition, has many excellent water polo coaches. But, at the moment, they all have contracts with the clubs.

So, besides the question “Who will succeed Savic?”, there is a question “Which club will let its coach sit on two benches?”

The national team won’t have competitions in the following several months, so the Water Polo Federation of Serbia doesn’t have to hurry with appointing a new coach. However, it’s sure that the Federation won’t wait for long to pick Savic’s successor.

One of the possible options is Uros Stevanovic, who was a member of Savic’s coaching team for several seasons. 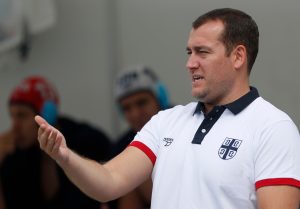 Stevanovic, the head coach of Radnicki Kragujevac, has guided the junior and youth national teams of Serbia to many medals in the last few seasons. The crown of the summer of 2022 was the gold at the European U19 Championships last week in Podgorica. A month before, almost the same team won the silver medal at the World U18 Championships in Belgrade. Stevanovic coached the U20 Serbian national team that won the title of world champion in Prague last year. Radnicki, with Stevanovic on the bench, surprised some favorites by winning the Regional League in 2021. In the same year, the Kragujevac-based club won the Serbian Championships and the Serbian Cup.

This summer, Zivko Gocic, a returnee to the Serbian water polo, has been appointed as the head coach of Novi Beograd, the club which gathered many players of the Serbian national team. 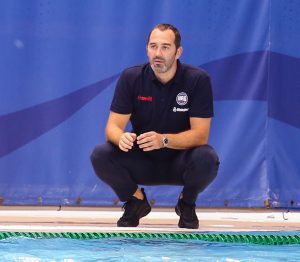 The former captain of Serbia started his coaching career in Szolnok in 2019, immediately after he retired as a player in the same club. Last year, he won the LEN Euro Cup and became the first non-Hungarian to win the national championships as a head coach.

Guesswork about Serbia’s new head coach leads us to Greece. Two best Greek clubs have been guided by Serbs since this summer.

Igor Milanovic is one of just a few persons who won the LEN Champions League both as a coach and a player (he did it four times – as a player with Mladost and Catalunya and as a coach with Partizan and Pro Recco). 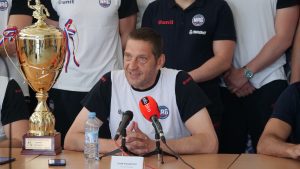 This year Milanovic returned to the coaching job after almost two years of absence. He took over Novi Beograd in the middle of the season and won the Regional League, the Serbian League and silver in the Champions League.

After leaving Novi Beograd, Milanovic accepted Olympiacos’ offer. The Piraeus-based team has high ambitions in all competitions, especially after it failed to reach the F8 last year. The Greek club’s stance will be very important if the Serbian Water Polo Federation starts the talks with Milanovic.

Vladimir Vujasinovic assisted Dejan Savic in the coaching staff of the national team, as well as Stevanovic. 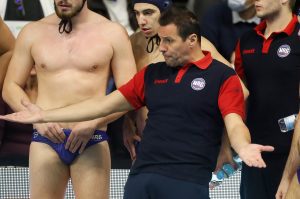 He had successes with the junior teams of Serbia, too. Former coach of Partizan, Pro Recco and Novi Beograd will be one of Milanovic’s opponents in the Greek League, since he coaches Vouliagmeni now.

Some say that Dejan Udovicic could return to Serbia. But the head coach of the Serbian national team between 2006 and 2012 has renewed the contract with the Water Polo Federation of the USA until the Paris Olympics. So, it’s hard to expect that Udovicic can be one of the candidates for Serbia’s bench.

As for Dejan Savic, he won’t rest after leaving Serbia’s bench. He will continue his mission as Crvena Zvezda’s coach.