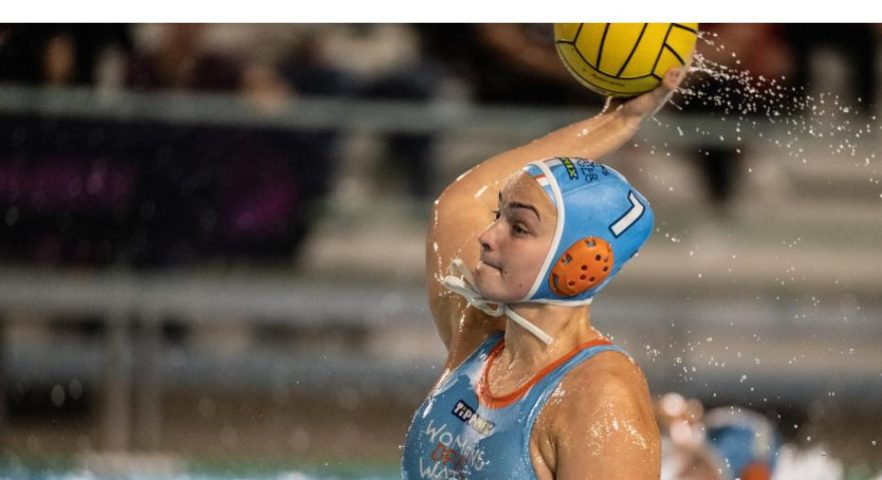 There were four more matches played in the Women’s Champions League this morning.

Green, White and Red were the colours of favour, with two Italian teams and two Hungarian teams securing three points.

After losing to Ethnikos in last year’s LEN Trophy finals, Attila Mihok’s Dunaujavros side finally got their revenge with a 13-8 victory in Mulhouse.

After a day off yesterday, Stefano Posterivo’s Plebiscito Padova proved too strong for the reigning French champions, Lille, running out 18-10 winners.  Big hitters, SIS Roma and Ferencavros, both dominated Spandau and Sirens ASC.

There are four incredibly exciting games this evening; Plebiscito Padova take on FTC Telekom Budapest to see who will top Group C, while the winner of Dunaujvaros vs SIS Roma will likely sit atop of Group D at the end of the weekend.  Two teams who have been slightly disappointing, Glyfada and Terrassa, have must win match against each other, while NC Vouliagmeni and ZVL 1886 are fighting for second place in Group A.

During the first half of the game, the outcome was uncertain but the Italians wrapped up the game after the third quarter, with four unanswered scores by Giusy Citino (2), Alessia Millo, and Hayley McKelvey.

Lille have lost their first two matches, and their upcoming match against Mediterrani appears to be a formidable test.

Ferencvaros have confirmed their place in the next round of the Champions League with a dominant 33-4 win over ASC Malta.

Later, Ferencvaros will face Plebiscito Padova in a highly entertaining matchup between the two teams with the best chance of winning the group.

Dunaujvaros got their own back on Ethnikos, the team that beat them in the LEN Trophy last year, with a strong second half performance. Today, the Hungarians were superior in every facet of the game, resulting in a 13-8 victory.

The game began to tilt in favour of Attila Mihok’s team in the third quarter, when Nora Sumegi, Brigitta Horvath, and Anna Mandula put Ujvaros up by three points.

Ethnikos tried to find a rhythm in the game, but Dunaujvaros eventually wore down their opponents and secured the victory.

Anna Mandula has been on a goal-scoring tear this weekend in Europe, adding five more goals to her four against Mulhouse yesterday. Experience helped Mahieu, Garda, and Dobi score braces in the game.

Therefore this evening, Ethnikos must defeat Mulhouse to ensure their place in the next round of the Champions League. Should they fail to do so, and Mulhouse take the victory, they will progress at the expense of the reigning LEN Trophy winners.

SIS Roma defeated Spandau 04 Berlin this morning in the first game of the day, a match that lacked any real excitement.

As a result of yesterday’s bye, Roma has a perfect record in Group D after two games. They face Dunaujvaros later in what is shaping up to be a very tasty contest.