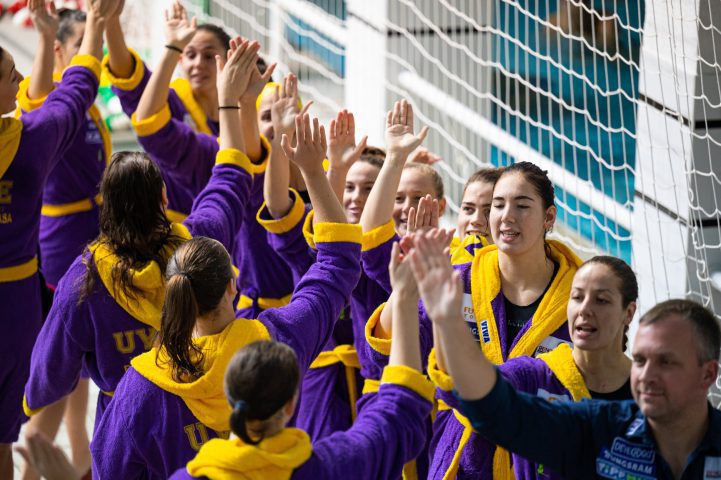 After a hugely entertaining few days in the Women’s Euro League competition, the draw for the preliminary round has been made. The twelve teams from the previous round, added in with the four teams who were granted a bye to this round, make an exciting contingent of sixteen in Europe’s top club competition.

To be held in three new host cities: Sabadell , Budapest and Padova, as well as Athens from the previous round, spectators from Europe and around the world are really in for a treat with some tasty contests on the cards. The Preliminary Round of fixtures is to be played over the weekend of the 10th-12th December.

Firstly, its hard to ignore the fact that two of Spain’s top clubs, Sabadell and Mataro, will battle it out in Group E in Spain. Both sides are unbeaten in the Spanish Division de Honor this season, however, Mataro have come out on top in both of their meetings so far this season in the Spanish Super Cup and the Catalonia Cup. The two Spanish sides will have to look beyond their fierce rivalry, however, as also in Group E is last season’s runners-up, Dunaujvaros, who have also made an impressive start to their season in the OB I. Ferencvaros complete the group, but there is no doubt it will be a huge task for them to progress to the quarter-finals. Only two teams will make it out of the group stage, meaning one of Europe’s giants in Group E will miss out on a quarter-final place.

Being held in Athens, Group F conveniently contains two Greek sides from Piraeus – the champions from last season, Olympiacos, as well as Ethnikos, who have yet to show their full potential in the competition this year. But the Greeks will have their work cut-out as they will host SIS Roma, who topped their qualification group, and CN Terrassa, who qualified from the ‘Group of Death’ last week. Olympiacos, Ethnikos and Terrassa have all strengthened since last season, while Roma’s progression in the past few seasons has been impressive.

It was only a matter of time before UVSE’s introduction to competition, and they’ll hope home advantage pays dividends as they host Dynamo Uralochka, Orizzonte Catania and Vouliagmeni NC. While determining which of the two teams that will qualify from Group G is highly unpredictable, one thing that is clear that the games will be very competitive. UVSE have never won this competition, but beat Uralochka in the 3rd/4th play-off last season – which is a sub-plot to this group. Eight time winners, Orizzonte Catania, will hope they can live up to their historic prowess and did well to qualify 2nd in Group D behind Sabadell. Vouliagmeni, who won the competition in 2009 and 2010, qualified from Group C relatively unscathed and will be hungry to maximise their potential.

The final Group being held in Padova, Italy, sees the introduction of Russian Royalty in the shape of KINEF Kirishi. The 19-time Russian champions won the LEN Trophy last season and won this competition in 2017 and 2018. To entertain them are the hosts Padova, who topped Group C with a notable victory over Mataro in the qualification round. CE Mediterrani finished 2nd in Group B in the prelims, while Glyfada just about took the final qualification place in Group A, at CSS Verona’s expense. 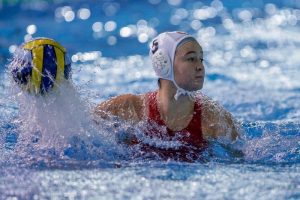 There is no denying that this season’s Euro League Preliminary Round has a mouth-watering draw. The qualification round was entertaining enough, but now with four of Europe’s best from last season added into the mix, the competition is really spicing up.

Who could be favourites to win the competition?

The best thing at present is the fact there is no outright favourite for the competition. Some may point to Olympiacos retaining their title from last season, while others will say UVSE have a great chance this year to win their first ever Euro League trophy. Furthermore, depending on who you ask, some will say the title is heading to Barcelona with either of Mataro or Sabadell, but who can ever rule out a Russian side in a continental club competition? Has the Women’s game in Italy been overlooked for too long?

It seems obvious, but much relies on who can actually get out of the group stages. Of course it comes down to who performs on the matchday, but there is a real chance some of the favourites for the tournament may not even make the quarter-finals (just look at Group E with Sabadell, Mataro and Dunaujvaros). We will be in a much better place to make predictions after December 12th.

Spain (4), Italy (3), Greece (3) and Hungary (3) all have numerous teams in the competition for yet another season. It’s hardly a surprise that these teams tend to have better national teams at junior and senior level with the consistent exposure to a high level of club competition. Eighteen of the last twenty competitions have been won by teams from these nations – the exception being KINEF in 2017 and 2018.

The anomaly to this is obviously Russia, but also the Netherlands. Its easy to forget that Dutch teams dominated this competition in its earlier renditions – winning 7 of the first 10 competitions ( Widex Donk Gouda 3, ZV De Zaan 2 & BZC Brandenburg). Many of the Netherland’s top players, like the Russians, do not stay to play for the clubs in their own country.

A big takeaway from this weekend is the fact that the Italian clubs are very much closing the gap with some of the best in Europe. Ten years ago it would be unthinkable that Italian clubs would not be in the conversation about being the best in Europe. The women’s game in Italy has not been in a great place since their silver medal at Rio 2016. Having low finishes in every European Championships (6th and 5th) and World Championships (6th twice) since 2016, the height of their decline came by not qualifying for Tokyo 2020. However, club water polo has been on the rise in Italy with Orizzonte winning the 2019 LEN Trophy and SIS Roma coming 4th last season in the same competition. Additionally, of the four Italian teams that took place in the qualifiers, three have qualified and two of which topped their respective groups (Plebiscito Padova & SIS Roma). With the A1 leaders Padova beating CN Mataro in qualifying, and a pool of young talent coming through, Italian women’s water polo is growing in strength again.

Russian’s making their mark in Europe

Something else we have already learnt from this season’s Euro League is the vast quality of players that Russia is producing. While there are only two Russian teams in the tournament, there is a plethora of Russian’s spread across the continent playing for Europe’s top clubs. They included: Bella Markoch and Anna Timofeeva (Mataro), Ekaterina Tankeeva (Vouliagmeni), Mariia Borisova (Padova), Elizaveta Ivanova and Polina Kempf (CSS) and Vero Kordonskaia and Anna Kochetova (Lille). Added with the likes of Prokofyeva, Bunakova, Lapteva, Bersneva, Sharafutdinova, Ivanova, Karnaukh, Simanovich and Soboleva who play their water polo in Russia, Sergei Markoch certainly has a huge amount of talent to call on for the Russian national team. 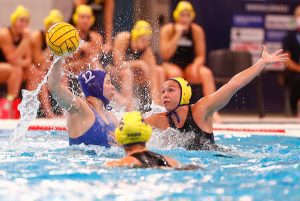