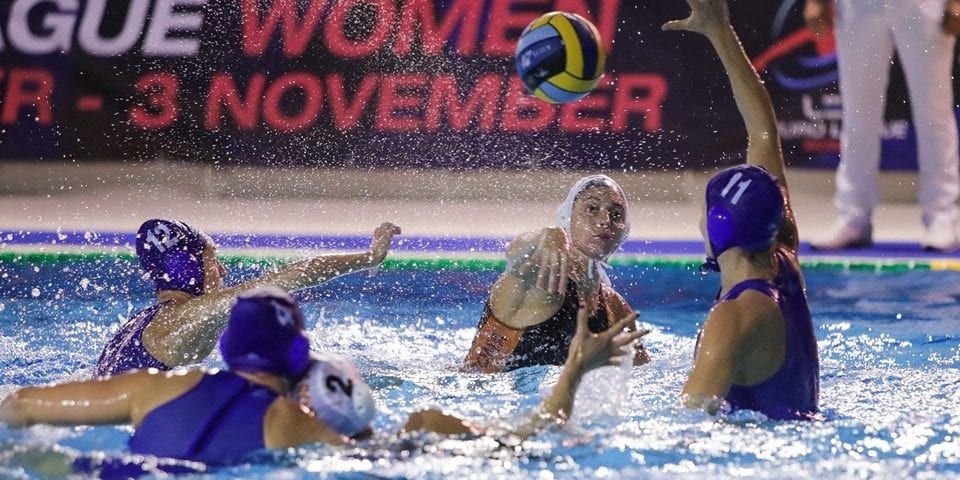 The first qualification round for the women’s Euro League has been completed in four cities today.

Three teams from each of the four groups qualified for the next phase. There were no surprises. The teams which advanced to the 2nd round are: Dunajvaros, BVSC, UVSE Budapest (all Hungary), Kinef, Dynamo Uralochka (both Russia), SIS Roma, Plebiscito Padova (both Italy), Sant Andreu, Mediterrani , Mataro (all Spain), ZVL Tetteroo and UZSC Utrecht (both Netherlands).

The best three teams of the 2019 Euro League (Spanish Sabadell, Greek clubs Olympiacos and Vouliagmeni) and the LEN Trophy winner Orizzonte (Italy) will join the 12 teams in the 2nd round.

The 16 teams will be split into four groups in the next phase (29 November – 1 December). The top two sides from each group will qualify for the quarterfinals.

Dunajvaros, Kinef and SIS Roma had secured their spots in the next round two days ago, so today’s matches had no big importance.

Hungarian Dunajvaros remains atop after a draw with host SIS Roma. The Italians needed a 4-goal win to reach the first place. Before the last period, SIS Roma had a 2-goal advantage (6:4), but they didn’t manage to take all three points. Dunajvaros scored an equaliser 13 seconds before the end.

UVSE trashed ZVL Tetteroo to confirm the 1st place in the group. Sant Andreu didn’t let Lille surprise (despite Lille led 2:1 after the 1st quarter) and kept the 2nd place.

BVSC defeated Spandau 04 and joined Plebiscito and Mediterrani, which qualified for the next round yesterday.

Home team Spandau had a 6:4 advantage in the middle of the second quarter. But, BVSC, led by Dora Leimeter (3 goals) dominated in the next 12 minutes. However, the Hungarians produced a 5:0 run by the end of the third quarter and earned a safe 9:6 lead before the last period. Both teams scored a goal apiece in the last eight minutes and BVSC maintained a 3-goal distance (10:7).

There were no big surprises in Utrecht. In the first match of the day, Dynamo Uralochka rushed to a 7:0 lead against Ferencvaros and the Hungarians couldn’t come back.

Mataro edged out UZSC Utrecht in the last game of the tournament – 8:7. UZSC was a step ahead of the opponent before the last quarter (7:6). But, the Spaniards kept the host scoreless in the last quarter, while they netted two goals and recorded an 8:7 win.

Dynamo, UZSC and Mataro finished the tournament with 6 points each. The first place belonged to Dynamo thanks to the best goal-difference. Dynamo beat Mataro 14:7 on Day 1, while UZSC defeated the Russians by three goals yesterday (13:10).