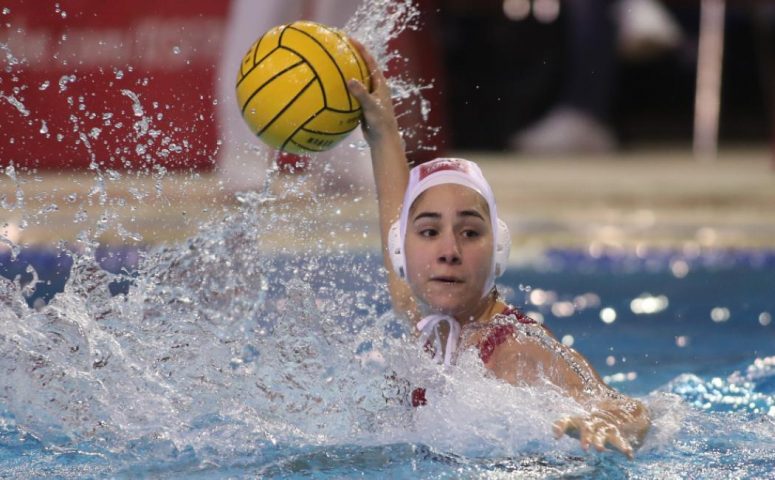 The highly anticipated second legs of the Women’s Euro League Quarter-Finals will be played tomorrow (26th February), as we will soon have the names of the four teams who will progress to the Final 4 competition to battle it out for the most prestigious club trophy in Europe.

The closest game in the Quarter-Finals after the first leg is that between UVSE and KINEF Kirishi. While the Russians have a slender 8-7 lead from their home leg, the Hungarian purple and yellows will feel they have every chance of overturning that lead at Alfred Hajos tomorrow. Four of UVSE’s side featured in Hungary’s win against the Netherlands in the World League earlier this week( Rita Keszthelyi-Nagy, Natasa Rybanska, Alda Magyari and Kamilla Farago), and they are probably their clubs most important players. The LEN Trophy winners from last year, however, will be a tough team to break down. Aleksandr Naritsa can always rely on his captain, Ekaterina Prokofyeva, but also the experience of seven other players in his team who have previously won this competition (Karnaukh, Zubkova, Krimer, Glyzina, Soboleva, Ivanova and Ryzhkova). KINEF have only failed to make the final 4 in one of their last six Euro League Campaigns, showing their consistency, quality and experience.

Hungarian side Dunaujvaros, who finished runners up in this competition last season, have a monumental task of overturning a five goal deficit against the reigning Greek and European champions, Olympiacos. Having won 14-9 in Athens, Olympiacos owe much to the huge performances by Eleftheria and Vasiliki Plevritou, as well as Maria Myriokefalitaki and Kyra Christmas. Added in with obvious quality of Sleeking, Raney, Xenaki, Tricha and Siouti, Attila Mihok’s team will need a historic performance if they are to progress to the final 4. Their big players such as Greta Gurisatti, Dorottya Szilagyi and Krisztina Garda will be pivotal if there is to be an upset at the Eva Fabo Swimming Pool.

Unlike their Greek counterparts who lead by 5 going into the second leg, Ethnikos trail by 5 goals after their first leg defeat to five time European Champions, Sabadell. If Ethnikos are to stand any chance of being in the contest, they will have to find a way to nullify the likes of Judith Forca Ariza, who has been in inspired form this season. The leftie netted on 5 occasions when the teams played in Athens two weeks ago. It will prove difficult for the Greeks, especially since Maica Garcia occupies the centre-forward position, and Keuning, Steffens, Van der Sloot and Gonzalez are all ready to show their quality at both ends of the pool. However, if there is one keeper in the world that can completely change the outcome of a tie, it would be Ashleigh Johnson, and luckily for the Greeks, she is in the Ethnikos net. And while Sabadell have threat from the right and the pit, Ethnikos have extreme attacking quality in the same positions at their disposal; Steph Haralabidis will take up advanced positions on the right, and Kiwi turned Hungarian, Rebecca Parkes, will make herself at home on 2m. David Palma’s Sabadell are favourites, but this Ethnikos side have already shown their spirit this season and the potential to cause an upset.

The tie between Dynamo Uralochka and Plebiscito Padova has once again had to be put on hold today, due to the ongoing situation in Ukraine. LEN had to cancel the game, as current Italian travel restrictions do not allow travel to Russia.