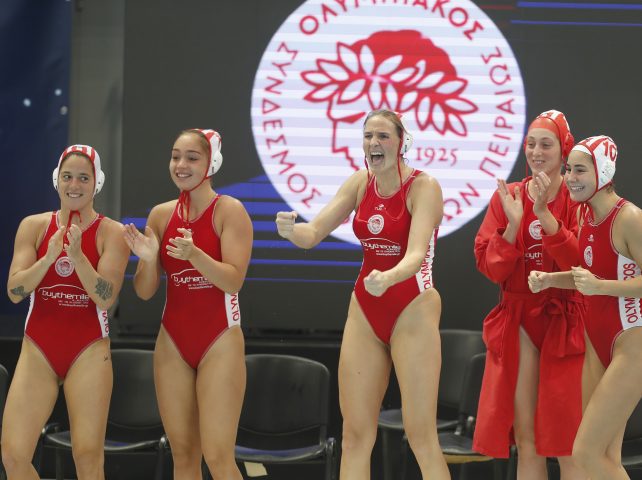 On International Women’s Day (today), LEN have confirmed that the Women’s Euro League Final Four competition will be held in Athens on the 2nd/3rd of April.

The competition this season, which has been of a really high quality, will conclude at the home of the reigning Champions, Olympiacos, as UVSE, Sabadell and Plebiscito Padova look to dethrone the Red and Whites.

In a season marred by COVID restrictions, and more recently the diplomatic crisis in Ukraine that saw the expulsion of Dynamo Uralochka and KINEF Kirishi from the competition, the water polo world looks forward to focusing on the happenings in the pool. With some of the fantastic players on show, there is no doubt it will be an amazing spectacle.

With the home advantage, Olympiacos could make it back to back European titles for the first time in the competition since 2018, when the banned KINEF Kirishi achieved the same feat. However, they will have their work cut out as the 5-time European Champions, Sabadell, who incidentally know how it feels to retain their European title (2013 & 2014 winners), look very serious contenders.

UVSE and Plebiscito know they are lucky to be at the Final Four competition at all; UVSE were beaten fair and square in their Quarter-Final match against KINEF, while Plebiscito were unlikely to overturn the three goal deficit in Russia against Dynamo Uralochka. However, as mentioned, both Russian sides were booted out of the competition, and that gives the Hungarian and Italian sides another chance for European glory.

Olympiacos will play familiar rivals in the Semi Finals – they narrowly beat Marton Benczur’s UVSE 9-8 last season at the same stage. Meanwhile, David Palma’s Sabadell, who look poised to secure the Spanish Division de Honor for the 19th time in their history, will face Plebiscito Padova, who currently sit 2nd in the Italian A1.

Elsewhere, away from the Euro League, there is still the small matter of the LEN Trophy to be settled. Normally, the four teams who fall at the Quarter-Final stage battle it out for the LEN Trophy, however, given that there are only two teams left in that regard (with the losing Quarter-Finalists taking the place of the two banned Russian teams), the LEN Trophy will be contested over a two-legged tie between Ethnikos and Dunaujvaros.

Both of the sides in the LEN Trophy Final have won the competition before – Dunaujvaros in 2017 and Ethnikos in 2010. The Greeks will probably be outside favourites, however the Hungarian’s, led by Attila Mihok, will definitely provide strong opposition, as they always do at the business end of European competitions.