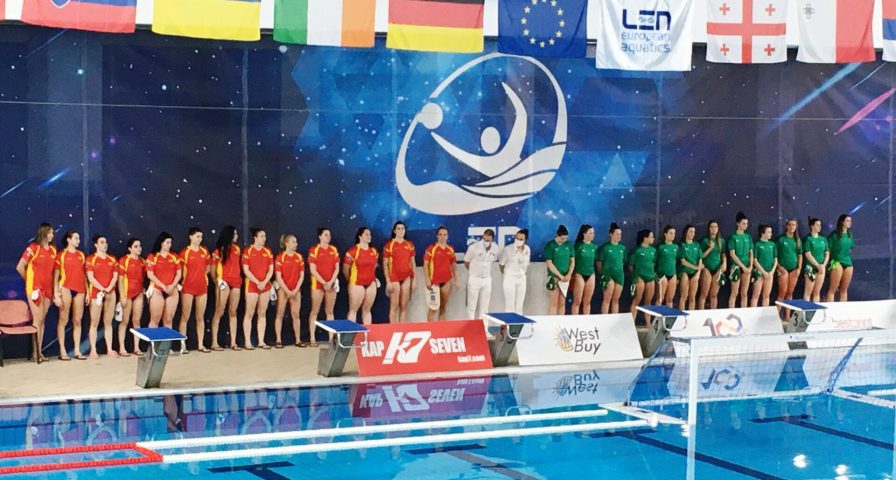 The 2022 Women’s  European Championship Qualifiers got underway today in Serbia and Romania as the top two teams in each group dream of booking their place for the competition proper in Split, Croatia, at the end of this Summer. There are three qualifying groups in the women’s competition, with Group A, being played in Bucharest (Romania) and Group B, being played in Zrenjanin (Serbia) over this weekend. The fixtures in Group C will be played in Gzira, Malta, on the 4th-6th March.

As is often the case in the qualifying rounds of the European Championships, there were big victories for all the winning teams today. Firstly, in Group A, Slovakia eased past Ukraine thanks to six from Monika Sedlakova. While the first half showed promise for the Ukrainians, the side in blue won the second half by 10 goals to 1. In the other game in Bucharest, the host team Romania put on a show this evening with an expected but decent victory over the Republic of Ireland, with three of the Romanians securing international hat-tricks (Demi Carpatorea, Krisztina-Emese Szeghalmi and Briana Maria Mihaila).

In the games played in Serbia, the hosts were outclassed by a much rotated but still a fantastic Greek outfit. There were five goals each for Olympiacos’s Maria Myriokefalitaki and NC Glyfada’s Eirini Ninou. Vouliagmeni’s Stefania Santa also had a top game, scoring four very smart goals. Twenty year old, Hristina Ilic, who starred for Serbia in the U20 World Championships in Israel last fall, netted four times for her side. Then, in the last game of the day, Turkey made light work of Belgium with a quite outstanding contribution from their 27 year old skipper, Kubra Kus, who put 10 goals away.