World League: Serbia beats Croatia to advance to 2nd round 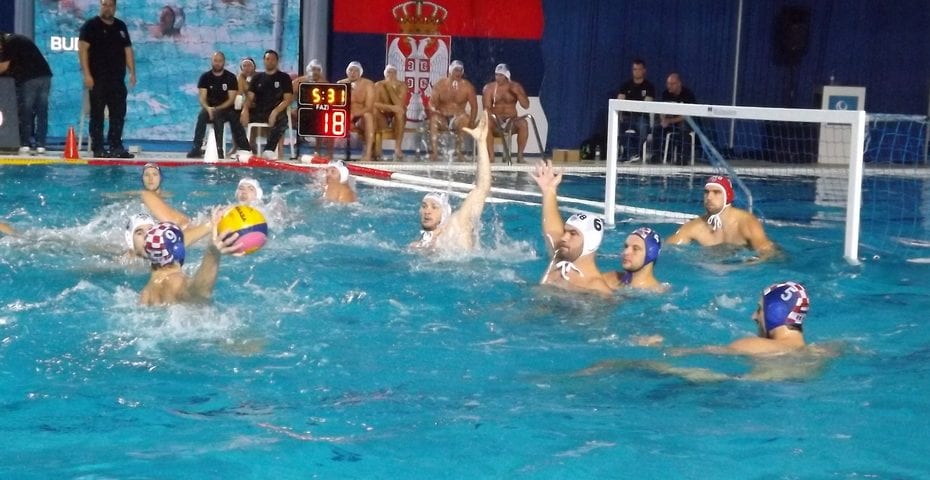 The busy water polo year 2019, has been completed today, by the last game of Day 2 of the European qualifications for the World League Super Final.

Two archrivals, Serbia and Croatia, faced off in the Sports center “Milan Gale Muskatirovic” in Belgrade

Serbia, the World League reigning champion, recorded a 15:11 win. The Serbs secured 1st place in Group C and qualified for the quarterfinals.

Even ten goals were scored during the first eight minutes. Croatia had a 1-goal lead four times (1:0, 2:1, 3:2, 4:3), but Serbia leveled the score on each occasion. Croatia had an excellent opportunity to gain a 5:4 lead with 03.40 minutes to play in the first period. The visitors earned a penalty shot. But, Serbia’s goalkeeper Branislav Mitrovic saved a shot from Fatovic. Mitrovic was one of the best players in the first half (he was replaced by Gojko Pijetlovic after the middle break). Mitrovic boosted the home team with several saves.

The mentioned penalty was a turning point, as Serbia took control after that and extended its series of consecutive goals to 4:0 for a 7:4 lead early in the second quarter. The Olympic champions held Croatia scoreless for almost seven minutes, before Garcia hit the back of the net for 5:7. But, by halftime, the Serbs regained a 3-goal advantage (9:6).

By the last break, the Serbs stretched the margin to six goals (14:8) and there was no way back for the Croats.

Both teams slowed down in the final eight minutes. In the last four minutes, Croatia produced a 3:0 series to reduce the gap (14:11), but it was too late. Radomir Drasovic set the final score – 15:11 four seconds before the last buzzer.

Serbia completed the group stage with two wins (on Day 1, the titleholders beat the Netherlands) and cemented the top spot in this group. Croatia will host the Netherlands in February in the match which will decide the 2nd place.

Serbia’s captain Filip Filipovic, who was voted the MVP of the match, said:

-We didn’t play good in the defense but were concentrated in the attack. We were fast in transition and had the right solutions in front of Croatia’s goal. That was crucial for our win

-Both teams played far from their best. The biggest challenge will come in January – European Championships.

Sandro Sukno, the winner of the 2017 Total Player Award, who is now an assistant coach in the Croatian national team:

-We had a solid start, but after that, we lost our rhythm. We made a lot of mistakes in defense and didn’t have good ideas. Of course, we can, and we must play better. I am sure that we will reach the peak of our form before the European Championships.