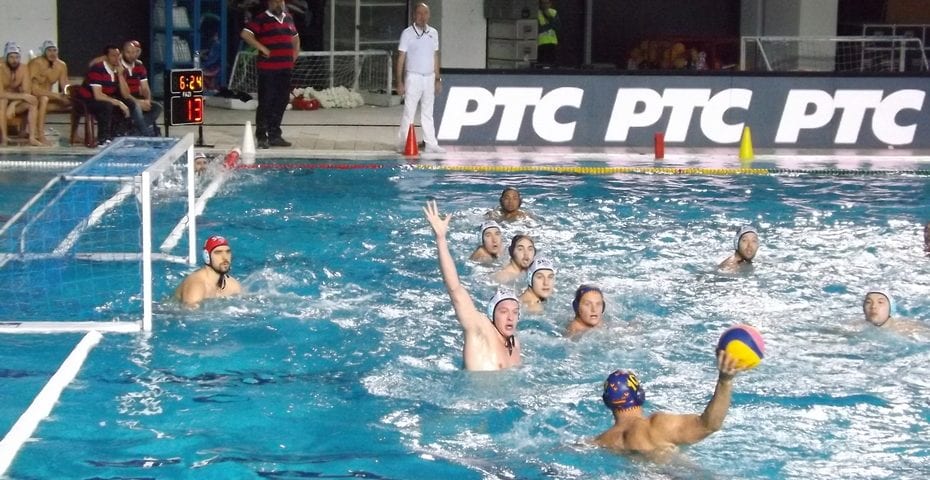 Spain is the first semifinalist of the European qualifications for the World League Super Final.

In the first match of the European quarterfinals, Spain defeated 2019 World League champion Serbia in Belgrade – 13:11 and advanced to the semifinals.

Two of the three remaining games of the quarterfinals are scheduled for March 17th (France – Greece, Montenegro – Croatia). The encounter Italy – Hungary is postponed. But everything is still open. FINA might postpone all the matches.

Spain defeated Serbia in the quarterfinals of the major competitions for the 4th time in a row. The series began last year, at the LEN Europa Cup Final Six in Zagreb. Spain was also better than Serbia at the World Championships in Gwangju in July and at the European Championships in Budapest in January.

Today, Serbia played without a few very important players. Andrija Prlainovic, Branislav Mitrovic, Sava Randjelovic and Strahinja Rasovic missed the match because Hungarian clubs OSC and Eger didn’t allow them to come to Belgrade (the Hungarians had the right to do so because March 10th is not a date reserved for the games of the national teams). An injured Dusko Pijetlovic, also, didn’t play.

On the other side, the Spaniards came with the 13 players which won the silver medal at the European Championships in Budapest.

The Serbs scored an opening goal in the match, but then Spain took control and earned a 2:1 and 3:2 lead. The sides were tied at the first break, thanks to Drasko Gogov, who equalized in the last second of the first quarter. After the Spaniards’ unsuccessful attack, Gogov started a counter-attack and fired the ball from 9-10 meters for 3:3.

Early in the second period, Munarriz and Granados gave Spain a 5:3 lead. Quickly after that, Serbia’s captain Filip Filipovic converted a man-up for 4:5. In the last three and a half minutes of the second quarter, Spain netted three unanswered goals and had a comfortable 8:4 lead at halftime. That 3:0 series proved crucial for the outcome because Serbia couldn’t catch the rival in the second half, although the hosts played better in the third and fourth quarter. Still, the Spaniards controlled the match.

The Serbs regrouped themselves during the middle break. Guided by captain Filip Filipovic and motivated by huge supports from the fans, the home team started climbing back step-by-step

In the middle of the fourth period, Serbia’s center-forward Nemanja Vico hit the back of the net for 9:10. But, Spain’s captain Felippe Perrone responded immediately and doubled the visitors’ advantage (11:9). Alberto Munarriz scored for 12:9 with 03:22 minutes to go and Spain didn’t let Serbia come back.

Filip Filipovic sent the ball into the net from a penalty shot for 10:12 a minute and 16 seconds before the end , but it was too late. In the last 30 seconds, both teams scored a goal apiece and Spain celebrated a 13:11 victory.

Filip FIlipovic was the best scorer with five goals, while Spain’s Alberto Munarriz was voted the MVP of the game.

In the semifinals, Spain will play against France or Greece.

-We are very happy because we managed to defeat Serbia. It is true – Serbia played without a few important players, but it is always hard to battle against them because they have a lot of excellent players. We played very well throughout the match. I am very satisfied with our performance. After we earned a 4-goal lead we managed to control the match and kept the win. Now, we have to wait to see what will happen with the World League, because of the coronavirus.

-All in all, this was a solid game for us. There were bad, but also good parts in our game. Unfortunately, we trailed for most of the match, but we didn’t play badly. We had no response to Spain’s pressing, which is their way of playing. We won’t play at the Final Eight. We needed that tournament to prepare for the Olympic Games. But, we won’t change our plans in the preparations for Tokyo, since we have a reserve plan, made for the case if we miss the Super Final. Only the situation about the coronavirus might disrupt our conception of preparing for Tokyo.

It’s still not known how many European teams will play at the Super Final (June 23 – 28).

The host is not determined yet. If the host is a non-European team, the top four sides from the European qualifications will go to the Final Eight. If a host is a European team and that side doesn’t reach the continental semifinals, only the top three European teams will advance to the Super Final.

Georgia is the candidate for the organization of F8. According to the latest information, this country is very close to being elected as a host. Georgia didn’t qualify for the European quarterfinals. So if the Georgians get the organization, the 4th-placed European team won’t play at the Super Final.

(Netherlands, Russia, Georgia and Ukraine will play in the 9th – 12th place classification)