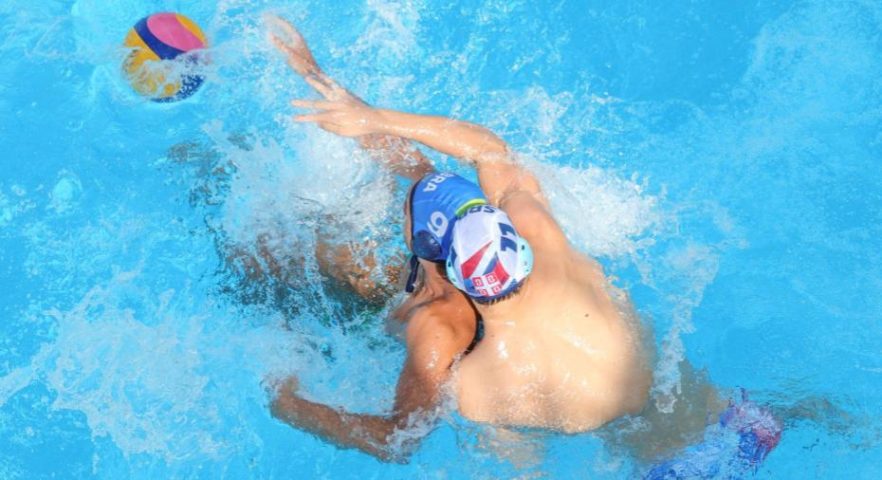 Two days ago, Team USA lifted the winning trophy at the World Women’s Youth Championships in Belgrade. After a short break, the water polo festival in Belgrade will continue on Thursday. From tomorrow, the best male U18 national teams will hunt the world crown in the same pool.

The 5th Men’s World Youth Championships will be held in the Sports center “25 May – Milan Gale Muskatirovic” in Belgrade between August 11 and 19.

Eighteen teams will participate, and they are split into four groups in the Preliminary stage (two groups with four and two with five teams). The four group winners will qualify for the quarterfinals. The 2nd-placed and 3rd-placed teams will play in the crossover round.

Greece arrives in Belgrade as the reigning champion. However, the standings at the previous championships can’t be a basis for predictions. The fourth World U18 Championships was held in 2018. The boys who will play in Belgrade were 14-year-old and younger at that time. Meanwhile, some of the players who participated in the 2018 U18 Championships have become members of senior national teams.

As usual, the favorites are European teams. Since the first Men’s World U18 Championships in Perth in 2012, a non-European team hasn’t reached the semifinals. Australia played in the quarterfinals three times (7th place in 2012, 8th in 2016 and 2018), while Team USA has been among the top 8 only once (8th place in 2012).

Two big competitions for the youth teams were held in the previous few months and can be the basis for the predictions.

The youth teams played at the water polo tournament at the Mediterranean Games in Oran (Algeria). There were a lot of interesting games in Algeria. Most of the encounters between the favorites were close contests. Serbia won gold, beating Montenegro narrowly in the final (9:8). Spain finished in 3rd, Italy in 4th, Greece in 5th place, etc. But, one of the Mediterranean powerhouses – Croatia – didn’t play in Oran. Besides the six mentioned, Hungary is in a circle of heavy favorites for medals in Belgrade. These seven teams won almost all of the 12 medals at the previous four championships. They claimed 11 medals. One bronze went to Russia, which is suspended (a full list of the medal winners is at the end of the article)

The Pan American Junior Championships took place in Indianapolis, where some of the teams played with the U18 and some with the U19 teams. Brazil clinched the gold medal after beating Team USA in a thrilling final that ended in a penalty shootout. Bronze went to Argentina, which won’t play at the World Championships. Canada finished in 4th place. 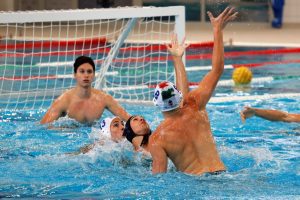 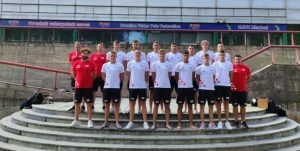 It will be a great surprise if Croatia or Hungary loses to an Asian team in the group stage.

Title-holder Greece fronts in Group B. Before the Szombathely Championships, the Greeks didn’t play in the semifinals (5th place in 2012, 6th in 2016). They missed the 2014 U18 Worlds. The new generation of Greek water polo opened this year’s campaign with 5th place at the Mediterranean Games, which isn’t something they aimed for. However, they have probably improved their shape since the Games. 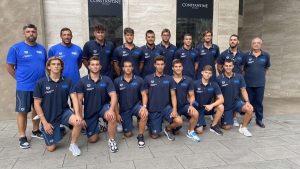 Brazil withdrew from the Men’s World League Super Final and Women’s World Youth Championships, but the national federation decided to send the men’s U18 team to Belgrade. The Brazilian boys deserved to appear at the Worlds thanks to an excellent performance at the Pan American Youth Championships, where a similar team of Brazil (U19)  won gold. Brazil has been a regular participant, but it hasn’t passed a cross-over round hurdle yet (2012 – 9th place, 2014 – 13th, 2016 – 13th, 2018 – 11th). Belgrade is maybe the Brazilians’ big chance. 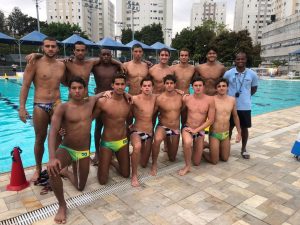 As already mentioned, Australia is the most successful non-European nation in the history of the Men’s U18 Championships (2012 – 7th, 2014 – 9th, 2016 – 8th, 2018 – 8th). However, the “Aussies” didn’t play many international matches in the past 12 months due to coronavirus lockdowns, so it’s their capabilities are quite unknown to their rivals.

The Netherlands will debut at the World U18 Championships. Still, the generation which will compete in Belgrade proved its big potential last year at the European U17 Championships in Malta. The Dutch finished 7th, but they caused headaches to some of the favorites. Serbia, which won the title in Malta, narrowly beat the Netherlands in the quarterfinals. The Dutch beat Italy twice at the 2021 Youth Europen Championships

Turkey will appear for the second time at the U18 Worlds. Eight years ago, when they were the hosts, the Turks finished 6th. It will be a very good achievement if they repeat that result.

The World Youth Championships is the only FINA men’s water polo competition in which Serbia hasn’t won a gold medal. Ten years ago, the Serbian team, coached by Dejan Savic and with 2021 Total Player Dusan Mandic in the team, won bronze at the 1st World U18 Championships in Perth. Since then, Serbia hasn’t reached the podium (4th place in 2014 and 2018, and 5th in 2016). 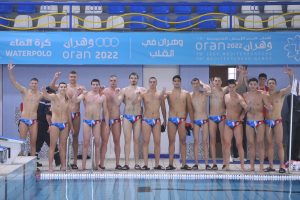 Encouraged by the gold medal at the Mediterranean Games, the Serbs have high ambitions on their home soil. The Italians will be their biggest rival in a battle for 1st place in the group.  Italy were the champions at the first WCH, and didn’t win a medal at the following three editions (2014 – 7th; 2016 – 4th, 2018 – 5th). Undoubtedly, both teams can climb to the podium in Belgrade.

Serbia and Italy faced off in the semifinals of the Mediterranean Games. The Serbs defeated Italy 9:8 on their road to the gold. That result promises a new exciting derby in Belgrade.

The European favorites in Group D, Spain and Montenegro, missed the first World U18 Championships. Both teams had ups and downs in the following years, but they won medals. Spain has two silver medals (2014 and 2018) and one 9th place. Montenegro was the runner-up in 2016, and didn’t reach the semifinals in 2014 (5th place) and 2018 (7th place). 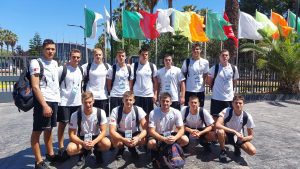 Montenegro at the Mediterranean Games Photo:VPSCG

The two teams know each other very well. They fought a hard battle in the Mediterranean Games semifinals (Montenegro recorded a 10:9 win).

The encounter between Spain and Montenegro will probably decide the group winner.

The group stage will last for five days. The teams in the groups with four teams (C and D) will have days off on August 12 and 14

Matches for the final standings.