World Youth Championships: A podium for Hungary who finish with a Bronze in Belgrade 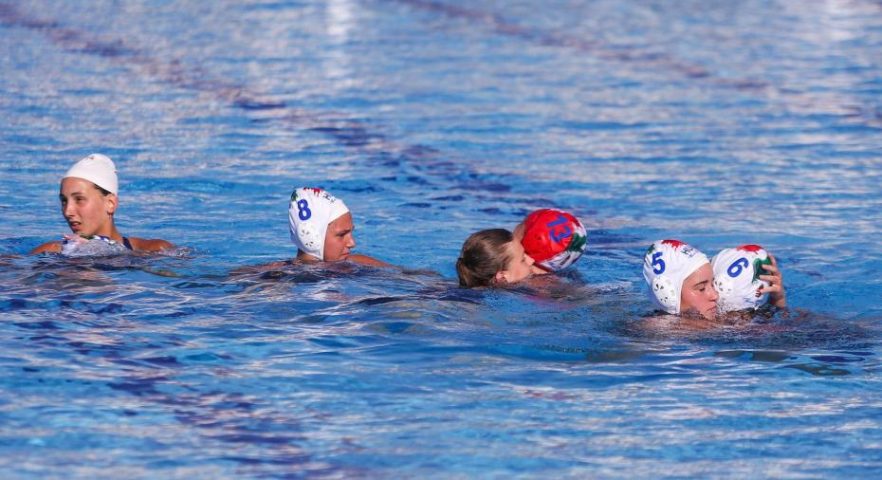 A hat-trick from Zoe Lendvay, and a brace for Kata Hajdu, was enough to see Hungary beat Italy for the second time this week, to secure a Bronze medal at the Women’s World Youth Championships in Belgrade.

A great start for Hungary was all they needed, as they did enough this evening to beat an uninspiring Italy.

Its easy to see how the attacking play by the Italians costed them today, with too many wasted shots, and  just one man-up conversion from eight chances. The Hungarians, on the other hand, netted three extra-player scenarios from a possible four.  Not even Aurora Longo’s two goals could help her side today – in spite of ending her tournament with an excellent 23 goals.

It must also be mentioned the contribution of Szonja Golopencza – who made a number of top saves, and has been one of the best goalkeepers at the tournament. She was credited with the MVP award at the end of the match, with 12 saves.

The Bronze medal for Hungary matches their result from 2014, while Italy fail to medal for the first time in seven years (Silver 2018, Bronze 2016).

Hungary had the better of the play in the first, taking a three goal lead with: Kata Hajdu, Flora Fekete and Panna Tiba doing the damage for Marton Benczur’s side. Emma De March, newly of  Pallanuoto Trieste, netted the Italians only goal in the opening quarter.

Hajdu had her second goal into the second period, and while Aurora Longo’s man-up play gave Italy some momentum, a swift counter attacked finished by Nora Golopencza, and a powerplay goal by Zoe Lendvay gave Hungary a 6-2 lead at half time.

After an uneventful first four minutes of the third period, Di Maria’s goal to please the travelling Italian fans was made redundant by Zoe Lendvay’s second of the evening.

And so with a four goal lead into the last quarter, Italy had it all to do, but two powerful shots by Aurora Longo and Livia Boldrini gave the Setterosa hope, pulling them within two goals (7-5).

But Zoe Lendvay’s hat-trick, a near-post shot past Helga Santapaola, and then Tekla Aubeli’s touch on the post was enough to secure the Bronze medal for the Magyars.

Spain mirrored their senior national team by finishing fifth at these World Championships, beating Australia in the 5th/6th placement match. Isabel Piralkova and Giorgia Gallinato netted hat-tricks in what was a really good team performance for the Spaniards. Five goals from Sienna Green confirms her place as the Stinger’s top goal scorer, netting 17 at the competition.

Meanwhile, the Netherlands have secured a seventh place finish in Belgrade with ten goal victory over New Zealand (18-8). Lola Moolhuijzen ends her tournament with a  goal haul of 27 goals, 8 of which were today against the Kiwis.