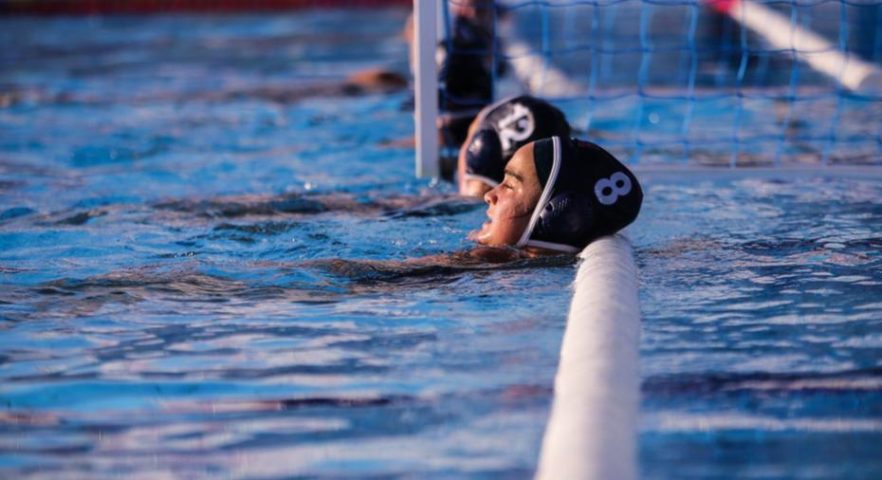 There were some excellent water polo on show in Belgrade as Hungary, Greece, Italy and the United States are into the semi finals of the Women’s World Youth Championships.

Hungary had to be close to their best to beat Australia 13-10, with Kata Hajdu once again leading the way for the Magyars with five scores. The Hungarians will meet Greece in the first semi final, thanks to five goals apiece from Stefania Santa and Nefeli Chaldaiou to beat New Zealand, 23-9.

Italy very nearly threw away a seven goal lead amidst a fierce Dutch comeback, but in the end they held out for a 15-14 win. The junior Setterosa will face the United States in their semi final, with the hugely talented Jenna Flynn scoring five to help her side beat Spain in a well-earned win.

But there is still a lot of exciting action to come in the 5th-8th play offs. New Zealand will take on their closest neighbours, but fiercest rivals, Australia. Spain will meet the Netherlands.

Hungary were slightly the better side in the first quarter, and that was appropriately reflected on the scoreboard. Kata Hajdu netted twice to put Hungary ahead, but lapses in concentration by the Magyars put the Stingers back in the game – a succession of reversals gave Magali Ogg a chance to roof an Australian opener, before Tayla Dawkins finished off a sharp counter attack.

The Hungarians hit the next three goals though; Tekla Aubeli had an easy finish at the back post, Flora Fekete converted from close range after Victoria Kinnimonth denied her seconds earlier with an amazing save, before Panna Tiba converted the 5m penalty won through the steal, and then determination of Panni Szegedi. A perfectly calculated lob from Allegra Childs just about kept the Stingers in touching distance.

Despite Australia applying all the pressure on Hungary, denying them of  goal creating opportunities, the Magyars still had their two goal lead after the second quarter.

Kata Hajdu converted early in the period with a technically superb cross-face finish, but two excellent scores from downtown (Tayla Dawkins & Louisa Downes) put Australia in the ascendency. Against the run of play though, Victoria Kinnimonth couldn’t get more than a palm to Rozalia Irmes’ last gasp shot in the half to put the scores at 7-5 to Hungary.

Into the third, the game had a really good flow to it, helped by a lively crowd, many of whom were supporting Australia. The junior Stingers made full use of the energy from their supporters and got level; Sienna Green firstly planted the ball beautifully past Hungary’s newly subbed keeper, Luca Torma, before Alexandra Nasser’s curving shot was too good to keep out, and Louisa Downes’ quick breakaway put Australia level with Hungary, 8-8.

Hungary managed to keep their poise though, and after Kata Hajdu scored her fifth goal of the game (her second off a man-up), the workhorse in the Hungarian team, Panni Szegedi, made sure from the 5m penalty mark, to keep Hungary’s two goal edge into the last.

Into the last, the Stingers had expended a lot of energy without much reward, and you felt they had the stuffing knocked out of them when Hungary established a three goal lead for the first time in the match via Flora Fekete’s extra-player conversion (12-9).

Australia did get a goal back in the last, with Louisa Downes, their left-hander, once again exploiting room on the right-hand side for the Stingers, but Panna Tiba and Hungary had the last laugh, toying with their opponents on a 3 on 2 with ten seconds to play in the game

Greece enjoyed a commanding start against the Kiwi’s, taking a 3-0 lead. Sofia Tornarou opened the game with a 5m penalty goal, before to scores by Nefeli Chaldaiou made it three. New Zealand got one back with a deflected Millie Quin shot, diverted by Christina Siouti past her own keeper. But the Greeks were not fazed, and pulled another three goals out of the bag all via Stefania Santa – the last being an outrageous shot on the buzzer inside her own half past Sophie Gardiner.

The goals kept coming in the second, with Vasiliki Laskaridou coughing up her contribution for goal of the game with an awe-inspiring lob to the back post for 7-1.

It wasn’t quite clear why New Zealand weren’t awarded a penalty when Maria Karagianni in the Greek goal blatantly sunk the ball under pressure from Scarlet Goldsworthy, but Greece didn’t care, and went up the other end and to punish the Kiwi’s for the 8th time (Tornarou’s 2nd of the match).

Brooke Fonoti did eventually give New Zealand something to cheer, arriving at the back post to poke home from close range, but it was cancelled out almost immediately when a clever flick on from Dionysia Koureta found its way to Ariadni Karampetsou – who had an empty goal at her disposal (10-2).

Tornarou (Greece) and Quin (New Zealand) both secured their hat-tricks at the midway point of the quarter, but it meant nothing in terms of levelling the game that Greece were more than comfortable in.

Nefeli Chaldaiou (5) and Foteini Tricha (3) netted more scores in the last to seal the win.

Italy sprung out of the traps and started the game in electric form. Early goals from Livia Boldrini, Vittoria Sbruzzi, Marta Msiti, and two from both Lavinia Papi and Maddalena Paganello piled some serious first half pressure on the Dutch.

Eszter Gyori, the Dutch Head Coach, called an timeout at the midway point in the second quarter to inject some impetus into her side – with Feline Voordouw and Nina Van de Geijn both answering the call from close range to end a disastrous first half (8-3).

At the turnaround, Morena Leone made her impact in the match with a rocket of the shot on the right, with the Netherlands looking like they had nothing to play for.

But the Dutch began to find their groove and scored two quick goals: first via a dipping Voordouw lob, before a driven attempt from Silvanne Slot pulled the Dutch back within four goals (9-5).

And before long, the Dutch were swarming the Italian goal. Nina Van de Geijn finished well from a central position, before Lola Moolhuijzen scored a screamer on 7m  from position four right into the top right corner of Helga Santapaola’s goal.

The junior Setterosa looked to be wobbling, and needed to settle to avoid throwing their very comfortable lead away. They managed to reassert themselves through two scores form Aurora Longo to once more put some space between them and the Dutch.

Back to back finishes from Feline Voordouw, her third and fourth goals of the game, gave the Dutch hope, but Morena Leone and Paola Di Maria maintained the Setterosa’s lead.

It all changed though with three minutes to go. The Dutch first made it 14-12 thanks to a swift counter attack finished off well on the left by Noa De Vries, before it all got very interesting with a Lola Moolhuijzen penalty pulling the Oranges within a single score.

Then, after a super speedy counter, the Dutch were level quite remarkably with a minute to play via Silvanne Slot.

When Italy led 8-1, it was inconceivable that they would have squandered that lead, but Giacomo Grassi’s side were now fighting to stay in the game.

But unbelievably, with a second left in the clock, Morena Leone had a 6m foul, kicked up, and sealed a dramatic last gasp winner. Eszter Gyori and the Dutch bench were furious, arguing the foul was inside 6m, but a VAR review adjudged the goal stood, to send Italy to the semi finals.

Daniela Moreno netted for Spain at the beginning of the last quarter, but it was immediately made redundant through Ellen Woodhead’s cheeky backshot from centre. It was then 11-4, when Julia Bonaguidi secured her hat-trick with a lovely curling shot.

Credit to the Spaniards, who knew the game was up, but kept battling on. Marc Comas’ side scored three quick goals, the last of which was an unusual but wonderfully executed lob high over Team USAs keeper.

Two goals from Ava Stryker made absolutely sure that Spain wouldn’t cause an upset, even though Daniela Moreno scored her sixth of the match with less than an attack to go.

Team USA started the game really well, taking a deserved 3-0 lead. Jenna Flynn’s well placed penalty, opened the scoring after some swift ball movement, before Margaret Hawkins then made it two with a tidy finish at centre. Flynn then had her second in the last minute of the quarter with a really high quality shot from the left-side, picked out by Ava Stryker.

The game continued to be a cagey affair into the second period. The Spanish eventually got their game underway with a man-up conversion by Daniela Moreno, but the incredible Jenna Flynn netted her hat-trick with another venomous shot from the top-left perimeter.

CD Boadilla’s Elisa Portillo pulled a goal back early in the third for the Spaniards, but once again Jenna Flynn found the back of the net, this time from the 5m penalty mark.

Julia Bonaguidi, a great shooter, finally made her presence felt in the game, before Jenna Flynn converted her second penalty of the game to make it 7-3. With a minute left in the game, you felt one more goal would be the end of Spain’s campaign to retain their U18 World title, but it wasn’t one but two scores for the American’s to wrap the game up even before the 4th quarter (Bonaguidi and Johnson).