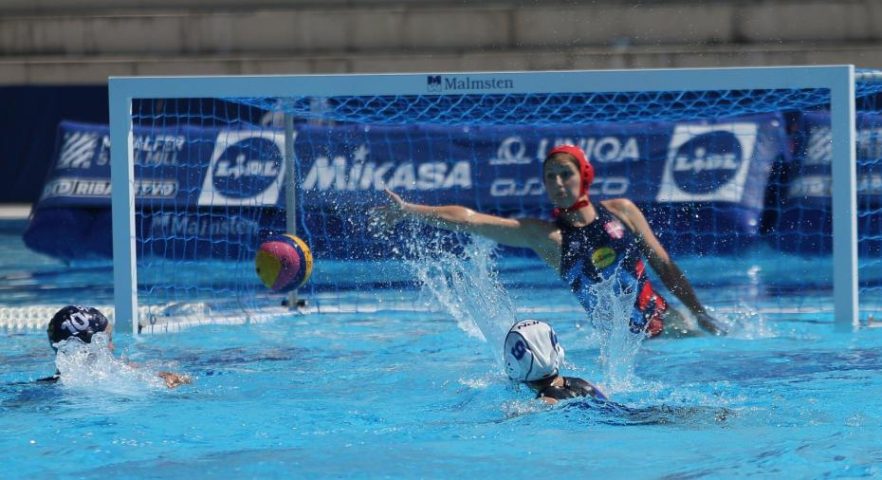 While the quarter finals are to be played later today, the rankings of the teams in the bottom half of the Women’s World Youth Championships is all but decided in Belgrade,.

Canada and Croatia both creep into the top ten after beating Kazakhstan and Uzbekistan respectively. The north Americans and the Croats will contest ninth place tomorrow morning.

The hosts Serbia finally found their level, winning back to back games to finish 13th.  Seven goals for Jovana Todorovski guaranteed a 19-16 victory in their classification clash with Japan.

In the first game of the day, South Africa finally won a match, beating Turkiye, thanks to a quad of scores from Jenna Weppelman.

Canada and Croatia will face off tomorrow, with a 9th place finish at the World Youth Championships at stake.

Canada beat Kazakhstan to put themselves in contention for 9th. It was the Maple’s fantastic defence that won them the match, while one of the best shooters in the competition, Serena Browne, earned her third hat-trick of the week. Cowan (3), Featherstone (2) and Hack (2) were amongst the other scorers for Michel Roy’s team.

Canada will face Croatia – who have already secured a respectable top-10 finish in Belgrade, after making light work of Uzbekistan. Croatia’s two young stars are pushing each other to the limit in terms of productivity in front of goal; another eight goals for Iva Rozic takes her tournament tally to nineteen – one score behind promising 15 year old, Jelena Butic (who scored 7 against Uzbekistan). Valeriya Konovalova, the Uzbekistan keeper, scored twice this week in open play, but today it was the turn of Latica Medvesek to gain the plaudits, with her goal twenty seconds from time.

Serbia end their home tournament in the best way they could, by beating Japan 19-16 to secure a 13th place finish. Jovana Radonjic only netted five times before this morning, but was on target seven times for Ivana Corovic’s team. Japan’s most lethal shooter, Haru Yamamoto, repeated her six goals from yesterday against Turkiye again today, to put her total take in Belgrade to 20.

Meanwhile, South Africa had to come from behind to prevent finishing last in this competition – with a 12-9 victory over Turkiye. Jenna Weppelman was the top scorer for the Springboks, converting four times in the game.