Italy and Serbia already secured the top spots of their respective groups and a place in the quarter-finals. The Italians downed Hungary 12-5, it’s the Magyars’ worst ever defeat in 92 years at the European Water Polo Championships. The evening session saw a turnout of 3,500 fans already and many more to come.

The two sides met 80 years ago for the first time at the Europeans, they played 25 times before that encounter, Italy won 6 matches, by one or two goals each. This time they earned a 7-goal win, a record not only in the common history of the two sides but also for the Hungarians for all the wrong reasons. Beforehand, their 7-12 defeat by the Serbs in 2014 final was their worst loss ever.

The Italians began the match where they finished against the Germans two days ago whom they beat 14-1. They simply blew the Hungarians away in ten minutes, gaining a 0-6 lead. Back in April, something similar happened in Rijeka when they led 7-2 in the Europa Cup prelims, there the Magyars climbed back by the end of the match to lose 10-5. 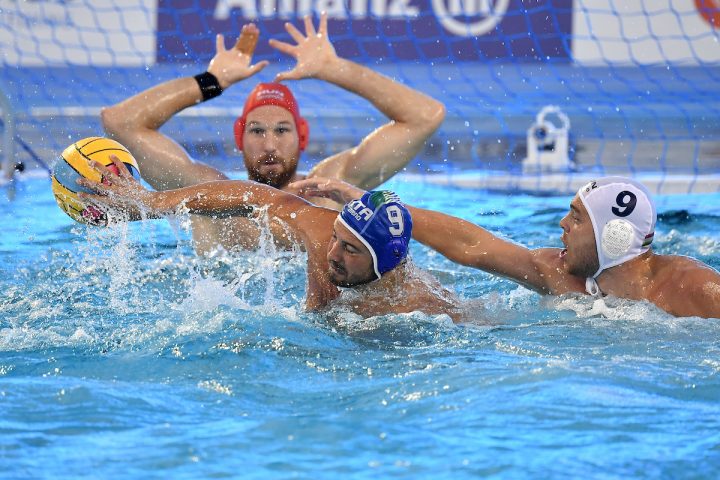 This time the encounter took a different dimension as the Hungarians caught a fine spell, came back to 7-4, had a chance to cut the deficit to two before halftime then created five more brilliant opportunities but some tremendous saves from Marco de Lungo and the posts denied them. Then Valentino Gallo pulled his team out of the hole, scored after 9:54 minutes of silence and that pushed the game back where it was before.

Having 4-8 on the scoreboard instead of 5-7 killed the Magyars’ momentum, they kept on wasting their chances (telling numbers: the shots on target was 14-24 to Italy) while Italy made the most of them, including a couple of easy counters. The next Hungarian goal came after another scoreless period of 15:51 minutes (they netted their first after 9:53min) and that was enough to set a negative record.

In the other matches, title-holder Serbia found it a bit harder to beat the Russians as they might have expected, it stood 6-5 at halftime but three goals in 1:58 minutes early in the third did the damage and after 9-5 there was no way back for their rivals. The other favorites rolled on with ease, Montenegro and Croatia earned high scoring wins, Greece beat the Netherlands comfortably just as Romania did with Slovakia.

Germany and Georgia staged the day’s fiercest battle which most probably decided the third qualifying spot in Group A. Georgia took the better start, led by two goals deep into the second, then a double in 26sec put the Germans back to even. Still, the underdog side was ahead in the fourth at 7-8.

They missed a man-up at 8-8 and after an exchange of goals, with 1:55 to go, Julian Real somehow pushed the ball behind the line to give a 10-9 lead for Germany. Georgia had another man-up but Moritz Schenkel saved the Germans and sent them to the next round.

The closing game – after the duel between Hungary and Italy – produced another fine battle, some 3,500 fans enjoyed the warm evening and Spain’s hard-fought win over France. 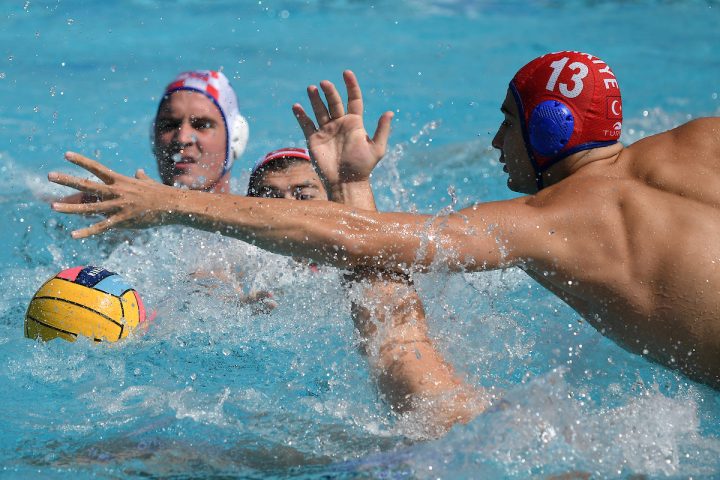 “We knew the game would end up like this. For that very reason, we even had a serious training before the match. It just proves that this format of 16 at the Europeans wasn&#39;t thought through well. Twelve teams would be a much more realistic number. We played well. For us, it’s now that the Europeans really begin.”

“I think this is a good experience for the players because we have a young team that can eventually aspire to win big things, but to compete at the highest level there are many aspects of the game that we need to develop further. Our next game is against the Netherlands and I believe that we can perform better.” 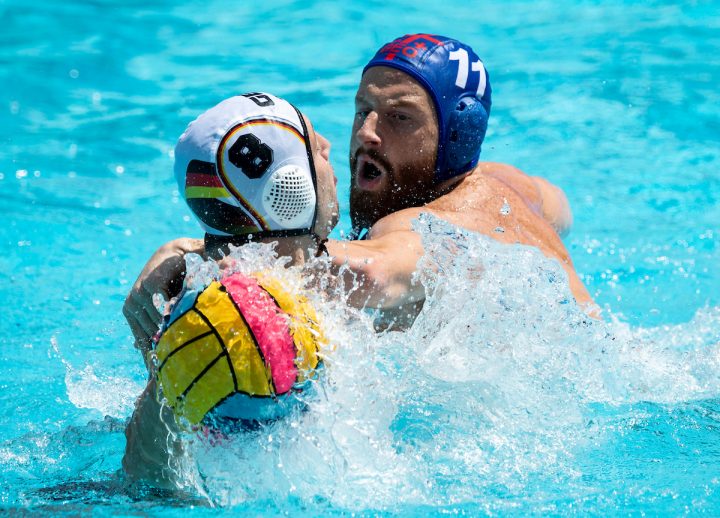 “We are born again after this game! It was a hard match. Again we started off poorly, trailed 1-3, 2-4 but managed to fight back.”

“What can we do? My players made a lot of mistakes. It’s too bad we didn’t tie the match at least if not won the game. But I would like to thank my players for their efforts, they really gave their best. I hope we will be working on improving the system so that one day we can play at the top level.” 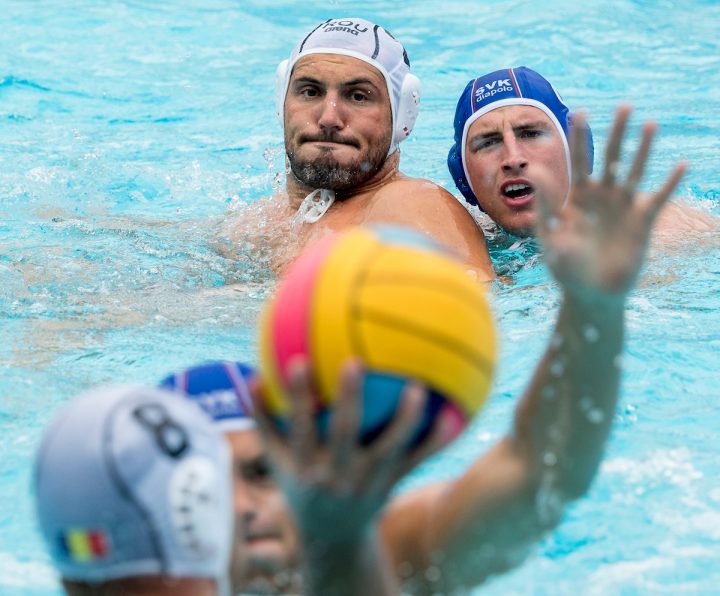 “We were especially preparing for this game, I can’t say we didn’t. We knew it would be a key match for us. We lost the game against them the last time we played. I knew that only the right approach in defense would bring us the win so we stuck by it and controlled the result throughout the game.”

“We did not play well today and we missed a lot in front of their goal. Romania played very well and put us in a bad position during the game today. I think they deserved to win. Our next game is against Serbia, which is a good team as well. We will try to work hard on our defense and improve it in the next training, so we can have more positive results in the next games.” 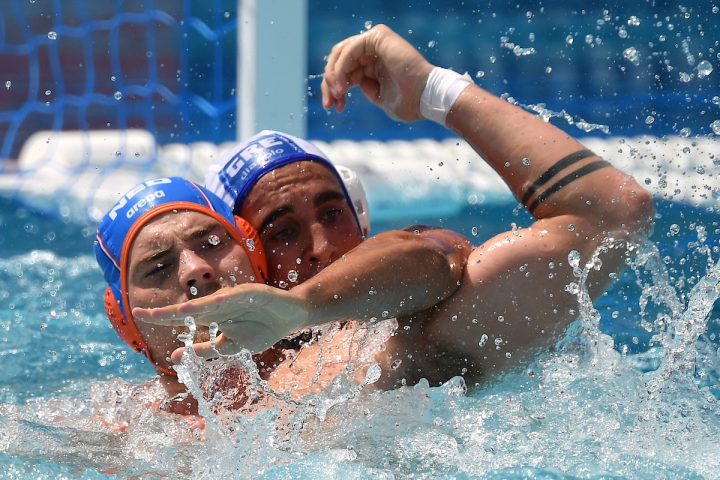 “This win was really important for us in view of our next encounter with Croatia on Friday – that match will determine position No. 1 in our group. It was a good performance by my team. A game was very tough. Ultimately we have more quality and the final result shows that. We are here to show that we are a good team with good players. Friday’s match is specific as it is important but won’t put anyone out of the competition. Having said that we will try to win and gain a better schedule for the second part of the Europeans.”

“It was a difficult game because Greece is one of the best teams in this tournament and they were better than us, that is why they won. We were not strong enough to beat our rival for that we should have given 200%, not 100%. Now we will look for a win against Turkey in our next game, but in the meantime, we will not rest in the next 48 hours in order to correct our mistakes in training.” 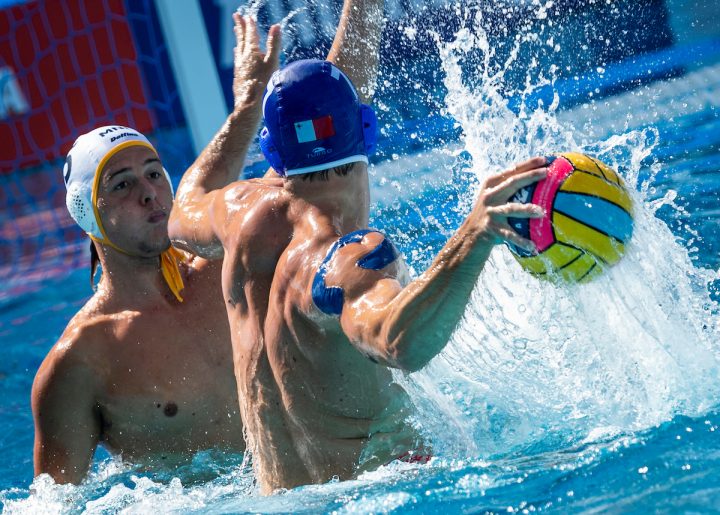 “The difference in quality is evident. We had good and bad moments alike. It’s hard to motivate the team to give their 100% for the whole duration of the match. All in all, we tried to get the best out of this game having in mind the coming ones.”

“The final result is better than the one after our first match here. We made less mistakes while playing against a world-class team. I am happy as we managed to do some good things.” 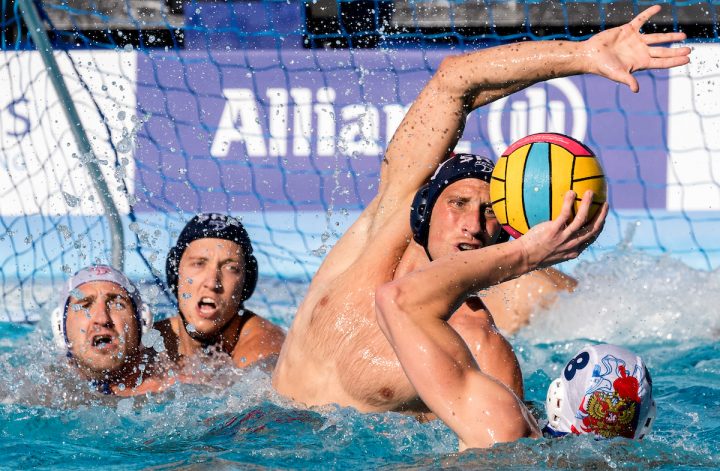 “It was a tough game as we expected. Counter attacks were flying on both sides. We scored a lot of goals that way. What’s important is that we won and are now turning onto the following match against Slovakia.”

“We played against a very good team and the game was pretty close. Unfortunately, we missed two great chances at the beginning, but after we played well and the result could have been different. But again, unfortunately, we missed a couple of chances in the third quarter and those mistakes were costly for us and we ended up losing.” 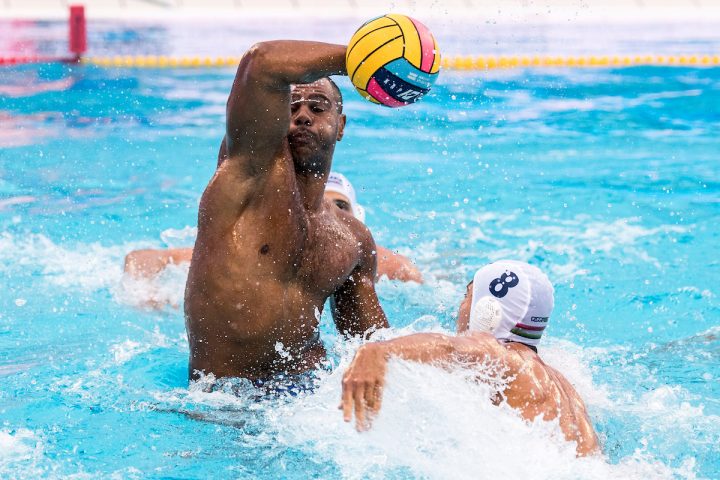 “We started off well, I don’t think ever before have we had such an opening against them. They did have a comeback but we controlled the match to the end. Result speaks for itself but it’s only the second match and we still have a long way to go.”

“We set up a game plan, talked through how we had to begin the game – then we did something totally different. Our approach wasn’t good, how we played our first two man-up was not understandable either, we have to take a deeper look why this mental lapse happened. Soon after that we started playing on the expected level, came back to the match, we had a series of great chances to cut back our deficit to two but missed all and once the difference started growing we tried to find to score in individual ways, not as a team. We have to learn from this, this is not the end of the European Championships, we’ll move to a more challenging half of the draw but we need to go on. Just have to cut the errors both in offense and in defense in order to achieve better results.” 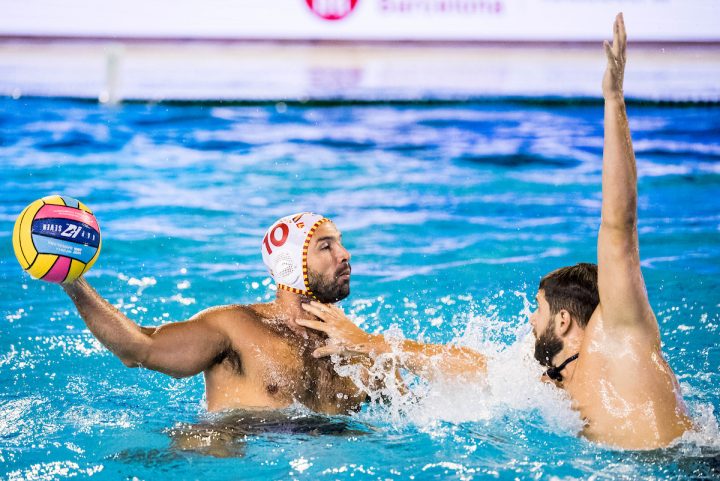 “It was a difficult game. They are a good team. The work done by the new head coach is showing results. They played really well against Montenegro. With two victories in our bag, we’re moving onto the next match which will decide position No. 1 in Group B.”

“The match against Malta will be very important as we need to win it to qualify to the next round. We have been trying to improve in each of our matches in the group stage and we have shown our level and how much we have progressed. Every practice and every game is important so that we can get closer to the level of the best teams. In my opinion, there are a lot of teams that are competing to win the title, but Montenegro and Spain are definitely among the favorites to win the gold medal.”