Serbia, Croatia, Italy, Spain march on, Hungary out for the 1 st time since 1991

For the first time since 1991, Hungary will be missing from the semi-finals of the men’s tournament at the European Water Polo Championships: the Magyar side was ousted by the Olympic champion Serbian team with ease. Another eternal classic is due instead: Serbia will play Croatia since the world champions managed to overcome Montenegro. Italy also reached the semis after another outstanding display of defending against Russia. Spain blew away Greece with a 137sec whirlwind when a 4-0 rush decided the outcome of the last quarter-final.

The writing was already on the wall for the Hungarians after their sometimes embarrassing performances till now – a heavy defeat against Italy and struggling against Germany and the Netherlands –, and they couldn’t do any miracles in the quarters.

Facing Serbia with 11 Olympic champion players from Rio didn’t promise too much for this young and inexperienced Hungarian side – after the first period, it became inevitable that a mighty march would finish in Barcelona. The record-winning 12-time champion nation always made the semi-finals since 1991, that run was halted here. 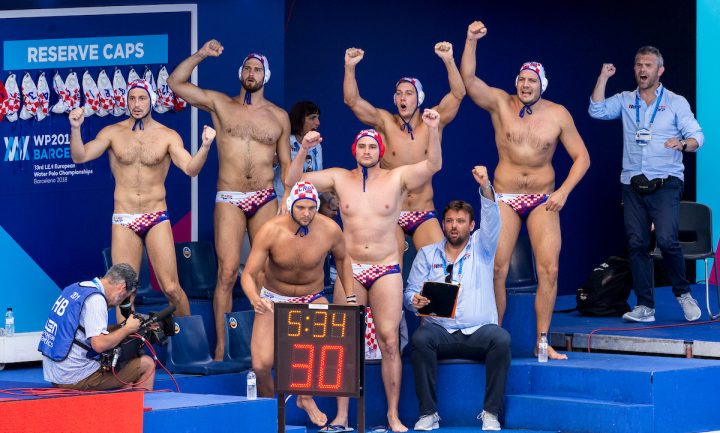 The Serbs took a flying start, won the first period 4-0 and they just kept the distance in the remaining three. The Magyars were unable to create clear scoring chances, their defense at least began to work so when they finally managed to put away the ball from their fifth man-up after 15:36 minutes (24 seconds before the middle break), the Serbs were only 5-0 up. The second half was balanced, twice the Hungarians came back to three goals but the response arrived immediately from the other side, showing that the Serbs’ win was never in danger.

Though this game lacked the usual tensions, the next one will perhaps not as the Serbs will face arch-rival Croatia in the semis. The Croats outpowered the Montenegrins in the second QF. Montenegro controlled the game in the first half, led 2-4, had a man-up to break three goals clear in the third, then had a shot at 3-5 but missed both chances. Soon the Croats caught them in 74 seconds and held on for 6-6 before the last break.

And they rolled on in the fourth, in a span of 2:32 minutes the world champions netted three goals for a 9-6 lead and from here there was no way back for the Montenegrins who seemed to run out from gas for the finish. In the last ten minutes they could score only one goal, thus they have to settle for the 5-8th places (in 2016 they played the final with the Serbs), while the Croats return to the top flight after 2010.

When Italy beat Germany 14-1 in the opening round, many thought that besides their tremendous efforts in defense of the German’s bad day also contributed to the strange result. Well, now it was repeated, in the quarters, where the Italians limited the Russians a single goal (11-1).

That arrived deep into the third period when the Settebello was already 7-0 up. They were truly outstanding in front of their goal (Russia was 1 for 15 in man-up, including two 6 on 4s), and Marco del Lungo’s hand reached everywhere – he finished the game with 93.3% (14 saves on 15 shots), including a saved penalty.

Dani Lopez was close to his Italian colleague, after the third period the Spanish goalie stood with 13 saves on 16 shots for 83.3% – and his team led 8-3 against the Greeks. The first half was a battle of the equals, the Greek climbed back from 2-0, 3-1 and 4-2 and at 4-3 they had three man-ups but missed all – and this cost them dearly.

In a span of 2:17 minutes the Spanish won the match as they scored four goals from four successive possessions while the Greeks crashed under the pressure, their otherwise the lethal weapon didn’t work this evening, at one stage in the fourth there were 2 for 10 in man-up.

Spain paraded and completed the clean sweep for this day when only teams wearing the white caps won the matches – and returns to the semis after 2006. Thus the hosts became the only nation here with both its teams reaching the semis. From the historical perspective, the second men’s SF featuring Italy and Spain is going to be another mouth-watering clash on Thursday – 26 years after their famous Olympic final played in the same pool.

In the matches played for the 9-12th positions Germany and the Netherlands earned easy victories over France and Romania respectively. Georgia hit back to Slovakia for the defeat two years ago and finished 13th, and Turkey did the same with Malta: just as in Belgrade, the penalties decided the 15th place but this time the Turks prevailed in the shootout. 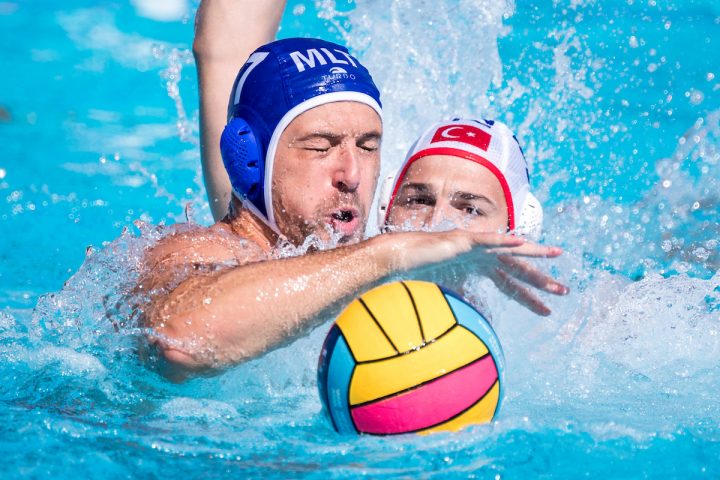 “We played well. At 5-2 my young players thought the game was over. It’s an experience for them. I told them they have to play till the very end. It’s good for us to close the Championships with a victory.”

“I am very disappointed. This is a step back from last year. We started playing our game too late into the match. Again, our attack was not working well. I’m sorry. This a bad result for me and my team.” 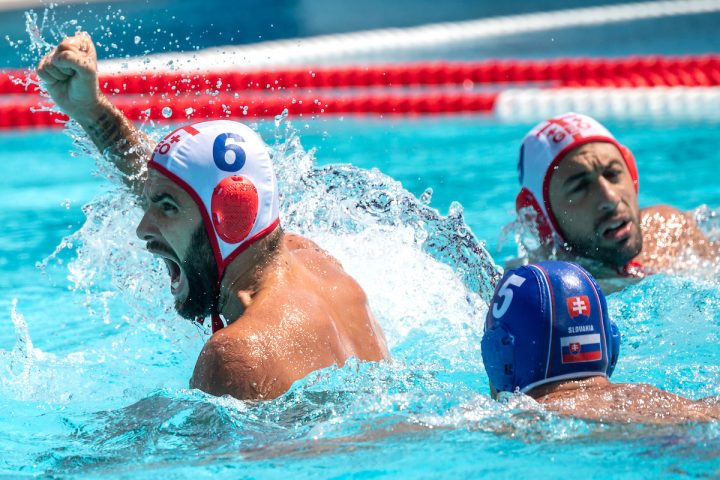 “Well, for us this was like finals. This is a very young team. We have six players under 20, this is very important. It was a nervous game, we missed chances in attack. The importance of the game brought the better out of my young players. Our defense was good, we managed to hold out until the end. I would like to congratulate my team.”

“We wanted to win, it was important for us to finish with a positive result. But, just as before at this Championships, we missed too many man-ups. It’s as if we were scared of winning and the opportunities we had. It’s a very young team without experience. It was the first time they had to carry this kind of responsibility on their shoulders. At the end we are 14th. We wanted more and to be better. I think this is a good experience for them. We, on our part, have to continue working hard to improve.” 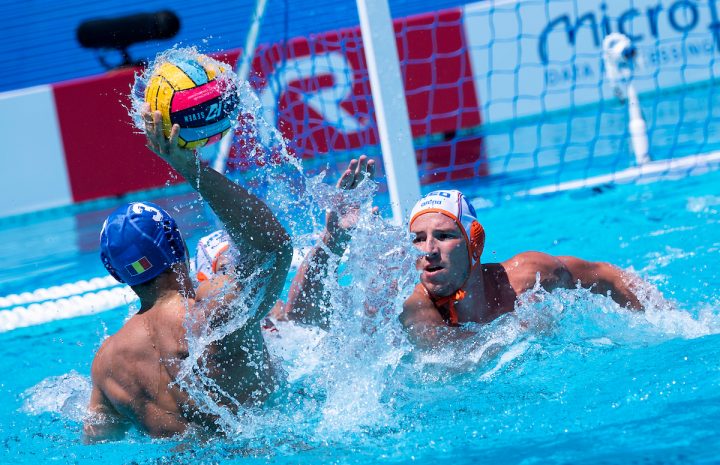 “I am happy both with the result and the performance of my team. In general: very good. In the games, we lost to top teams Croatia, Greece, and Hungary we also did play fairly well. I had people come up to me with compliments which are good to hear. We are rising and have to keep doing that.”

“It was a well-deserved victory by the Netherlands. They are better than us at this moment. They outplayed us in all segments of the game so I congratulate them. We have yet to see in terms of energy levels, physical form but also motivation, why we continue to play all the way against strong teams like Russia, Montenegro but give up halfway against the Netherlands.” 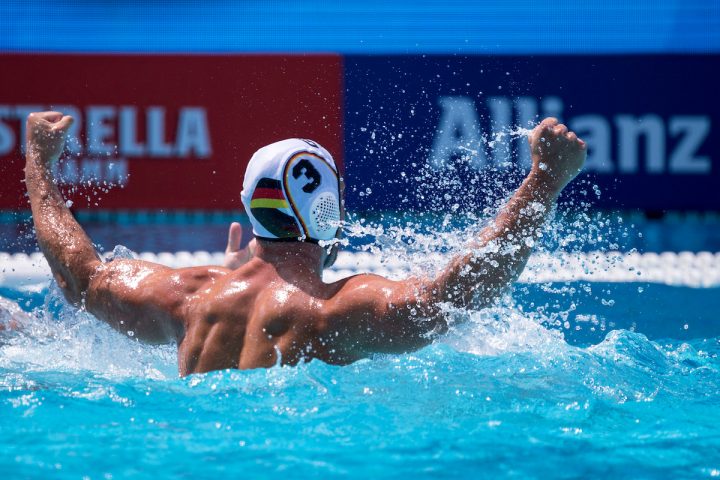 “Today we played well with discipline. Our extra man was good today, a plus for us which wasn’t the case in the last games. We made built a strong lead and maintained it. Next is the Netherlands, we will see.”

“We lost to a better team. We tried, gave our best, all we had. The goal difference is not pretty to see. We were hoping for the better…” 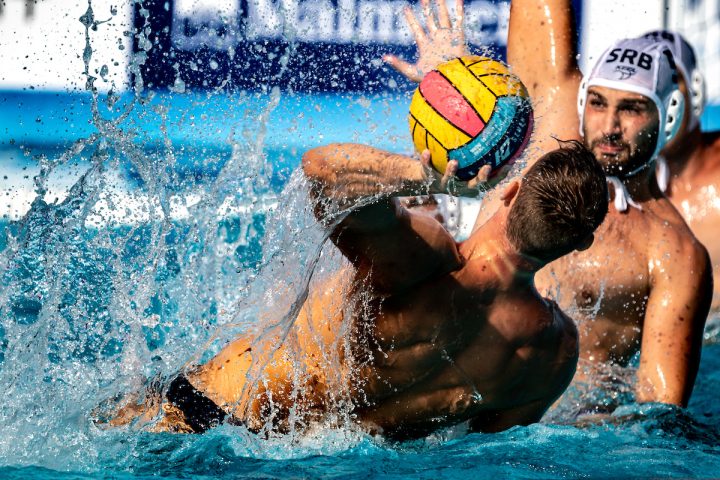 “As planned, the quarter-finals are behind us. I am satisfied. Especially in the first two quarters, we demonstrated excellent defense. A lapse in concentration followed, especially in man-up. Hungary went for all or nothing, were stronger in physical play. I don’t choose who we face in the semi-finals. We’ll be ready. I hope it will be a great water polo presentation, ‘el classico’.”

“At the end of the day, I should tell that this is the reality: three goals between the current teams. I know that this Serbian team would beat our current line-up 8 or 9 out of 10, we wanted to turn this one to the 10th one. We should have done much better at the beginning where we indeed lost this game. I liked what I saw after the first period, we could keep up with them, even if they didn’t seem to slow down.

I think my players need more experience, matches like this – and some of them need to play more in his club as there were a couple of guys who had more playing time in the national team in the past month than in his club in the entire spring.” 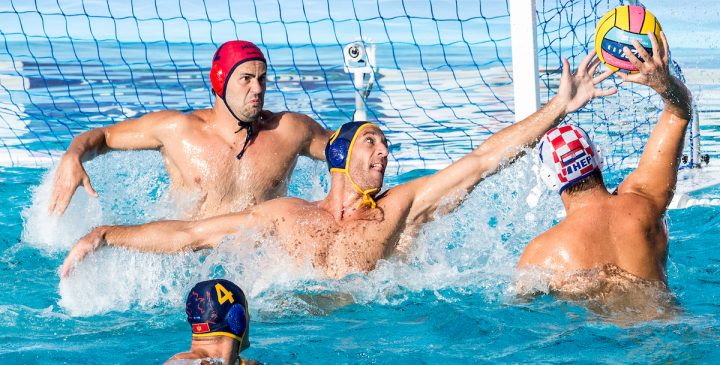 “It was a fantastic match. We showed heart, character, strength. It didn’t go easy but it just shows why we are the world champions, why we won the Europa Cup recently. We are The Team, we stick together and pull each other through good and difficult moments.”

“We expected the game to be like this, difficult. We were ahead at the start. Then we didn’t pull away to go +3 and lost control of the match during the third quarter. Our man-up was bad for a quarter and a half and they took control of the game in the last period. I can’t even say that we didn’t have our chances. Our defense lapsed and we lost.” 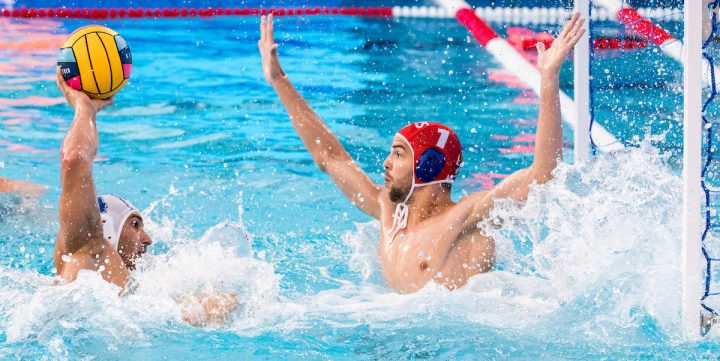 “It was a difficult match at the beginning, Russia played very well. It could have been different, but once we were 3-4 goals up we were certain we would win. The semi-finals? Whoever comes our way it will be difficult.”

“I don’t know what to say… Our attack was bad today, we made mistakes in the defense too. We have to think about how to prepare the team psychologically to go forward.” 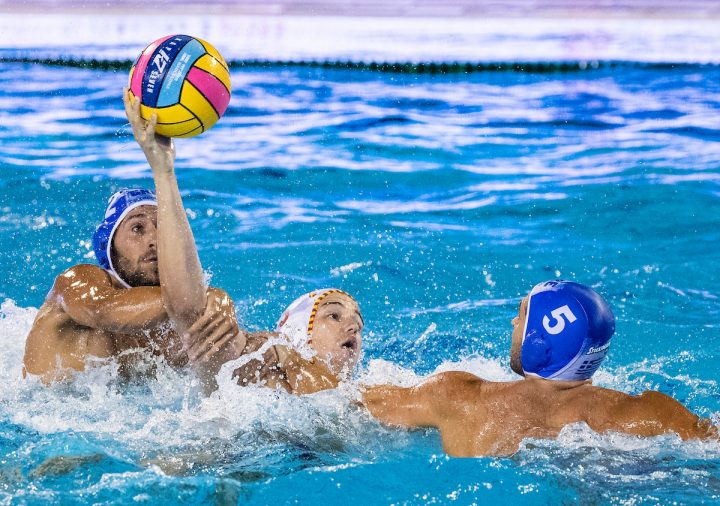 “I am very happy today. I think our last semi-final at a major event was the Rome 2009 World Championships. This match was very important for us. We want to go further now and win a medal. Now we face Italy who showed maybe the best level of water polo at this Europeans but we are playing at home ground where everything is possible with the support of our fans.”

“For us, the 3rd quarter was definitely the end. We let them score easy goals. We, on the other hand, couldn’t conclude our attack successfully. Suddenly, they were at +4. At that point, we lacked both time and strength to pull ourselves together and react properly. They were better today. We didn’t deserve something more with the way we played the second half of the match. Now we have to continue to play. We have two more games for the 5th place.” 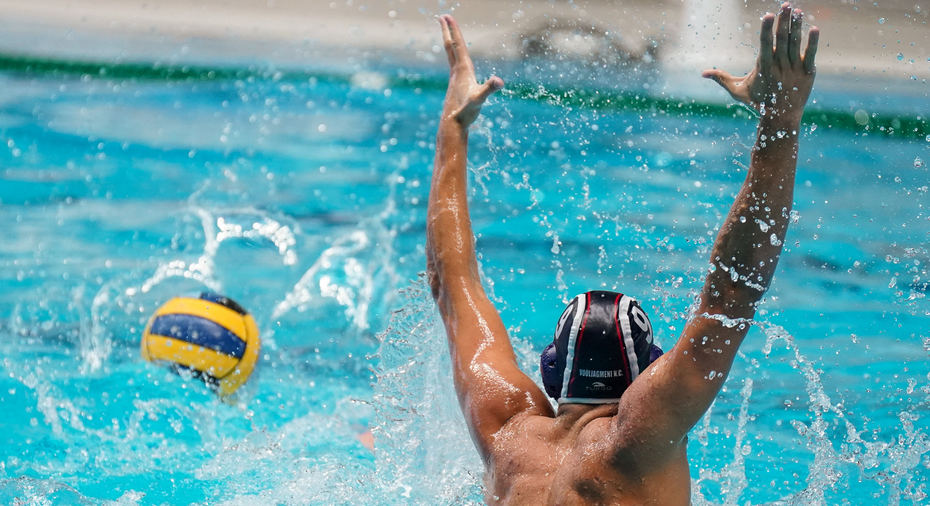