The best eight are the same eight from 2016

The same eight made the quarters as in Belgrade in 2016: today Hungary, Montenegro, Greece, and Russia joined Serbia, Croatia, Spain, and Italy, as expected. The Hungarians had to fight hard to oust the Netherlands, Greece, and Montenegro offered convincing performances while beating Germany and Romania respectively, and Russia brought down the French.

Hungary overcame some difficulties before downing the Netherlands with an 8-minute rush in the middle two periods. With 5:54 to go in the second, the Dutch were 5-6 up as they scored some amazing and some lucky goals – then the Magyars showed something from their real skills at both ends of the pool and with 5:23 to go in the third they led 11-6. Their lefties, who had struggled in the prelims, Marton Vamos (4 goals) and Gergo Zalanki (3) led the charge and the 6-0 rolling did the damage to their rivals.

The Dutch fought on, though, and after a scoreless period of 12:13 minutes could find the back of the net again, came back to three goals at 12-9, had two more man-ups in the last two minutes but missed both and had to bow to the favorite side. The next one is going to be another classic, a quarter-final showdown with Serbia. 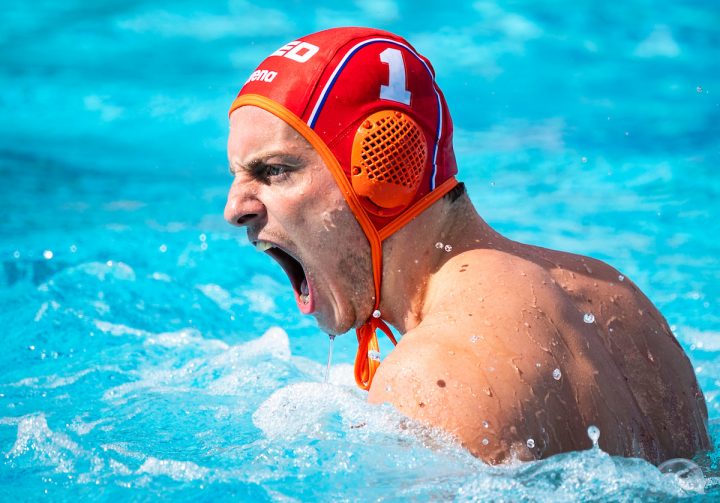 Germany also had a flying start, scored from its first two possessions only to see the Greeks striking back firmly, with three goals in 96 seconds. Two more came still in the first period in 1:59 minutes but for the Germans, it was an even bigger blow that they lost their key player, the team’s top scorer Julian Real with the third major leading to a penalty.

Though Georgios Dervisis missed it didn’t matter that much in view of the second period which saw three Greek goals and none from the Germans. This 1-8 rush after 2-0 was enough to settle the match by halftime, the Greeks kept their rivals in a safe distance and comfortably marched to the quarters where they’ll meet host Spain for a late night show in two days time.

Montenegro also did a clean job against Romania. They staged a strong start and even though the Romanians climbed back to 3-2 after 3-0, soon they were left behind. The World League winners netted five unanswered goals to lead 8-2 while did some tremendous defending and shut out their opponents for 9:09 minutes. That killed the excitements for the rest of the game and it ended in a 10-goal triumph for the Montenegrins who now face arch-rival Croatia. 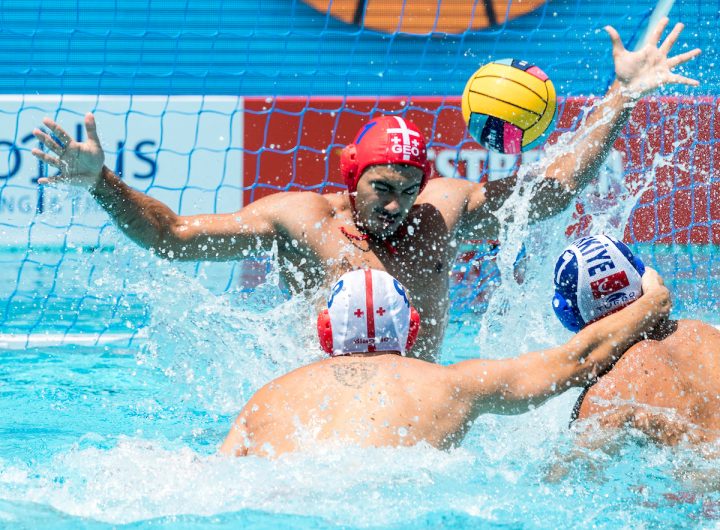 Russia had a dream start netting three in 114 seconds which floored the French. They could never recover from this, while the Russians were recalling their heydays as they offered some sparkling display in the offense. They led 8-2 by halftime and even though they didn’t push so hard in the following periods and the French showed some signs of life – scored four in the third – but couldn’t get inside three goals as the Russians always had the answers.

Thus an interesting scenario has been set up: in the upper half of the draw, there are the three former Yugoslavian countries, Serbia, Croatia and Montenegro plus the Hungarians, while in the lower half is the Mediterranean area with Italy, Spain, and Greece, with Russia as a special guest.

In the games for the bottom places the favored sides claimed easy wins, Georgia beat Turkey, while Slovakia pushed aside Malta. 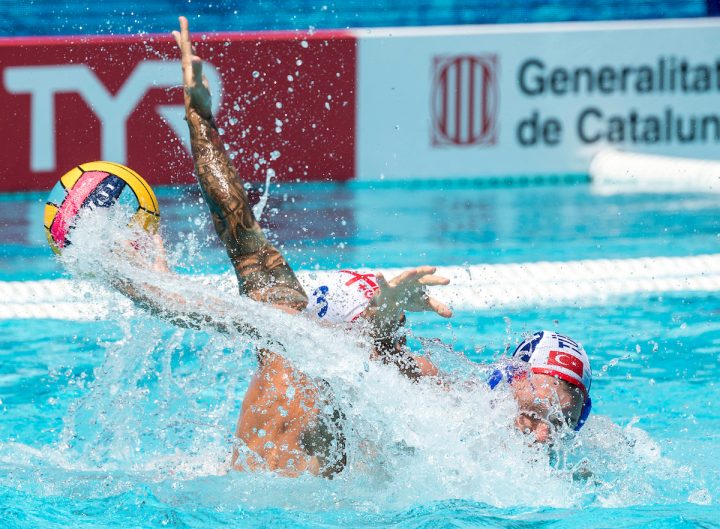 “I’m not satisfied with our performance today but it’s the victory that counts. The important thing is that we passed this stage and are expecting the next opponent.”

“After defeats with a big goal difference in the previous matches, my players lost their confidence and somewhat our game. The beginning of the match was bad. Later on, we started playing better but it was too late. Next is probably a match against Malta. It’s going to be tough but we’ll try to win.” 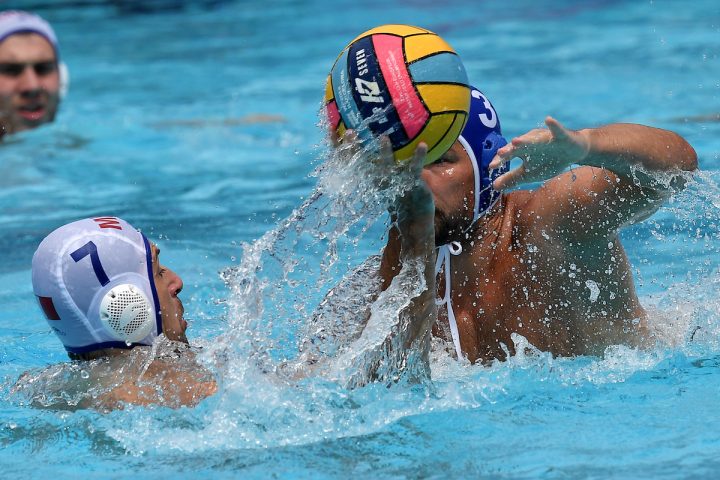 “I’m disappointed with the result. We missed a lot of scoring opportunities, didn’t play well. They had their No. 5 (Lukas Durik) who was causing a lot of problems to our defense, a real ‘dangerman’. All in all, I’m really disappointed.”

“We knew going into the match that we must win this game. We didn’t play very well. It was important for us to win and gain self-confidence for the following match against Georgia which will be very difficult. We have a young team, for these players, it means a lot to win and feel good.” 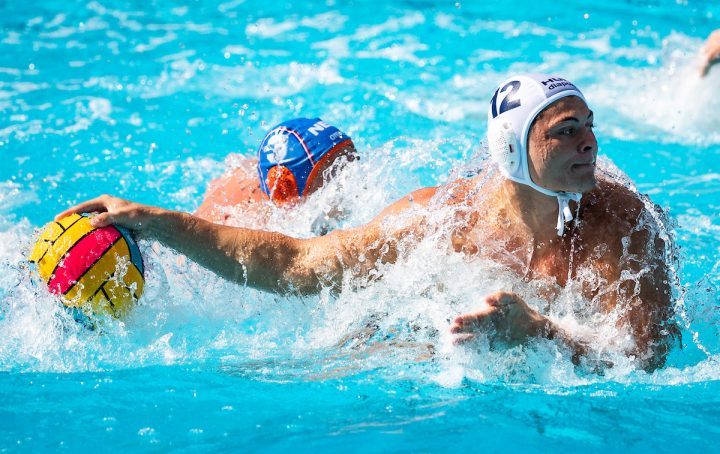 “It was a fine win and I was happy to see good reactions from my players after the slightly disappointing preliminaries. I think they calmed down a bit once the first couple of goals arrived and even if we conceded a series of unlucky goals at the beginning, they kept on fighting and did what needed to build the necessary margin. In fact, how the game went on, we should have extended our lead to 7-8 goals and win with a bigger margin.

But this comes with experience, this is a young team, went through some ups and downs here so I won’t criticise my players for not turning it a bigger win. It was a win in the eight-finals and we had to appreciate it. Next is Serbia, a team full of Olympic and world champions but perhaps playing a bit more straight-forward game than Italy which might suit us a bit better. And we know them well as 80 percent of the team are playing in Hungary…

No doubt, they are the outstanding favorites against our young side, we respect their fantastic players so we’ll go to this game with nothing to lose, and without any fears.”

“We are disappointed. We started off well, had a good fighting spirit. Unfortunately, we lost control of the game in the third quarter. They showed why they are still among the top teams in water polo. We had a few chances but our man-up was bad. In order to win you have to have the man-up efficiency at 50-60%. In the end, they deserved to win and we have to reset our goals.” 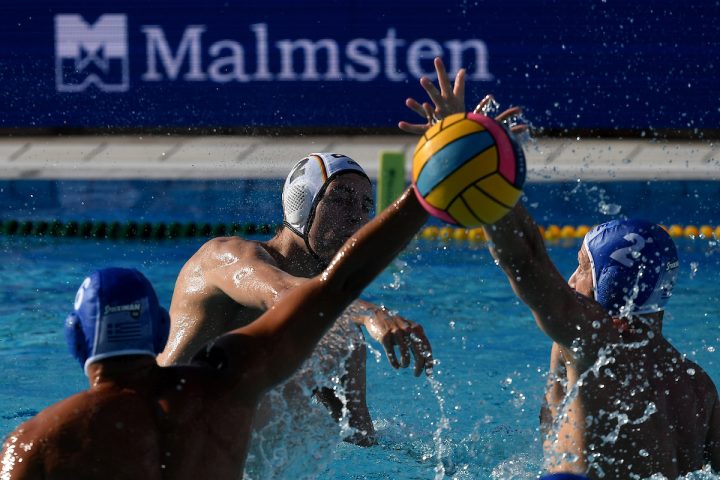 “Our most important player Julian Real was out of the game early on and that was the key. We led 2-0 then received some stupid goals. At that point, the referee decided the game should be over. Unfortunately, we had to leave a lot of injured players at home. In order to win a game like this we need to be complete and at our best.”

“We wanted to win today and qualify for the quarter-finals and we did it. It was easier then we have expected. Our next match will be very difficult. We have to play really good in order to win. With Spain playing on home ground it will be more than just a game.” 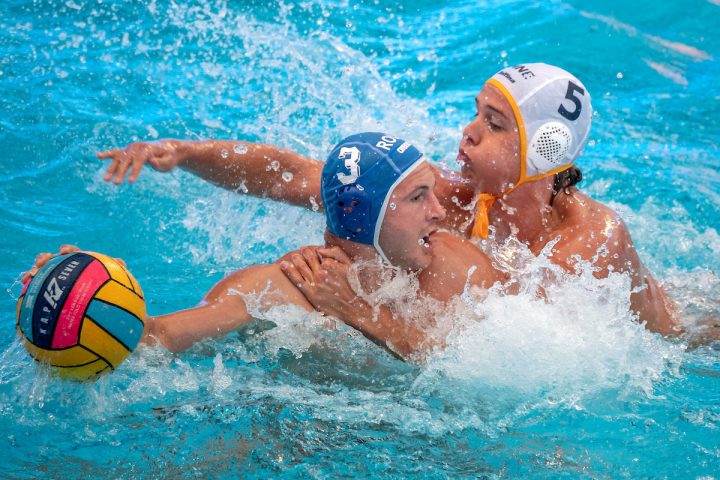 “It was good, I’m satisfied. We had the right approach. There was no loosening up at all. We only missed some shots at the beginning, this seems to be chasing us from the start of the Europeans.”

“Firstly, I would like to congratulate Montenegro. Unfortunately, this was expected. They took control of the game from the very start, we just couldn’t fight back realistically. Generally, we can keep up with this kind of teams for the first 15-20 min. Today was the same. We have to work on that. We fought but we weren’t smart and disciplined enough to be on equal terms with them.” 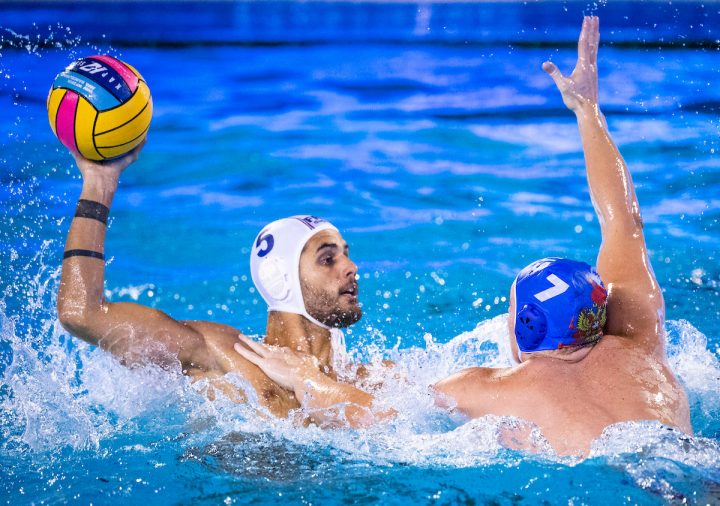 “The better team won. We gave what we had, though we could have played better, smarter… But as far as the desire, determination, and energy are concerned I know my players gave their best.”

“We started well, built a great advantage. Then in the third quarter, we started ‘wasting’ the balls. It might have been due to the excitement over the imminent victory. Italy is next. They are a very strong team but we’ll put up a fight. We have a chance.” 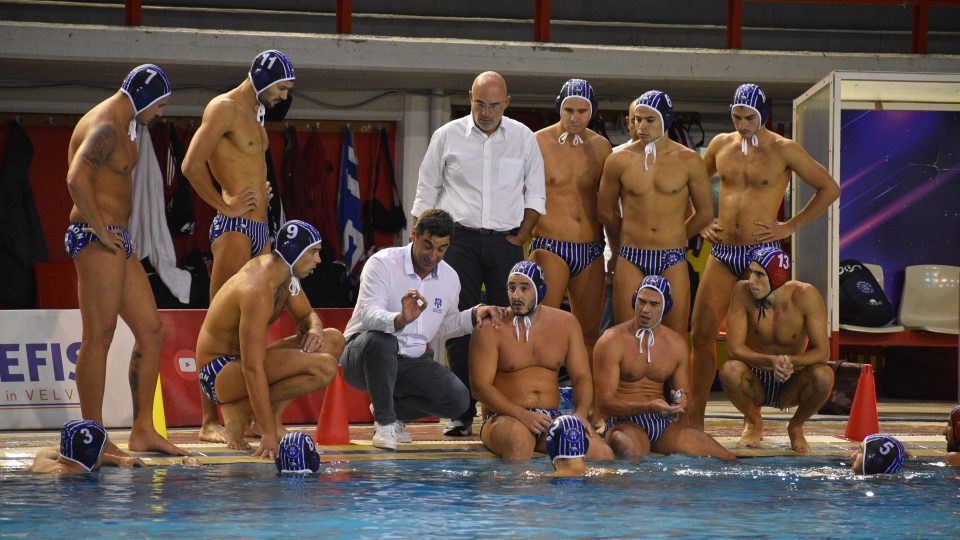