[WP2018 BARCELONA] Semi Finals, Men — Spain and Serbia to Meet In The Finals!

Title-holder Serbs to meet host Spain in the final

Serbia made its 4th straight final at the European Water Polo Championships and this is going to be the Olympic champions’ 8th final in the past 9 editions (since 2001). They beat the world champion Croatian team in an enormous physical battle. Spain arrives from the other semi, the hosts halted Italy’s fine run in a tense fight which saw fantastic twists before the Spaniards could win by a single goal and reach their second ever gold medal match at the Europeans after 1991.

Eleven 2016 Olympic champions versus eleven 2017 world champions: the first semi between Serbia and Croatia promised the very best of entertainment. And it didn’t disappoint the water polo fans though sometimes the encounter was even tougher than usual.

The heavyweight bombers didn’t give too many chances for the goalies in the first period, huge blasts hit the back of the net, the Serbs were more precise and gained a 5-3 lead. The defenses got tightened at both ends – after the 8-goal opening period, the remaining three saw 8 goals altogether – which also meant some extra toughness and a couple of unnoticed punches fired up the sides even though the battle was heated enough already.

After a ‘special’ entangling a double red card was supposed to calm down the teams but it took some time when play began dominating again. The game was virtually decided in the third when the Croats, beating the Serbs on the last three occasions, missed three man-ups in a row, thus instead of coming back to one goal, soon they found themselves three down (7-4). And even if they pulled one back late in the third, always the Serbs scored first in the fourth as well, they were cool enough to put away the ball in the crucial moments and deserved to reach their fourth consecutive final, the 8th in 9 editions (since 2001 they only missed 2010 final). 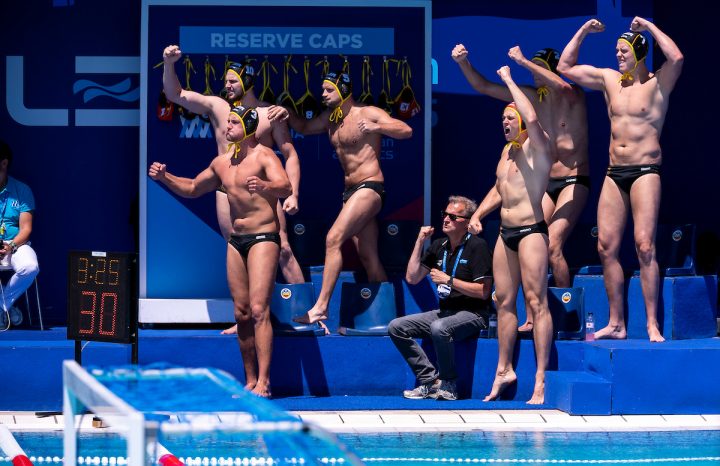 The second semi was even more thrilling, as temperamental as any Mediterranean derby can be. Deep into the second period, Spain seemed to catch the Italians at 4-1, they broke the toughest defense of the tournament while Dani Lopez delivered one save after the other in the locals’ goal. The Italians looked a bit bewildered upon facing their first real test after demolishing each rival in their previous matches.

However, two late goals by Vincenzo Renzuto brought them back to life, what’s more, they began to play as in the past matches and soon they were in the lead. Francesco di Fulvio enjoyed a fantastic spell, he netted a hat-trick, his third put Italy 5-7 up with 6:53 to go. Spain, enjoying the backing of the crowd, could react the best possible way, though: ending an almost 12-minute drama which saw Italy’s 1-6 run, they quickly equalized in a span of 70 seconds (which also included a missed shot from di Fulvio in a man-up – add: Italy’s other hero, goalie Marco de Lungo, who posted an 84.0% saving percentage in the previous games, 93.3 against Russia, this evening dropped to 50.0%).

After 7-7, Italy got three, Spain two more man-ups, missed all amid high tensions, than came the big moment… Francisco Fernandez swam 20 meters with the ball, the others cleared his way and he drove himself close to the goal and finished the counter with a brilliant shot for 8-7: 94 seconds from time Spain led again. And they held on since the ball was stopped by Lopez in the last Italian man-up. 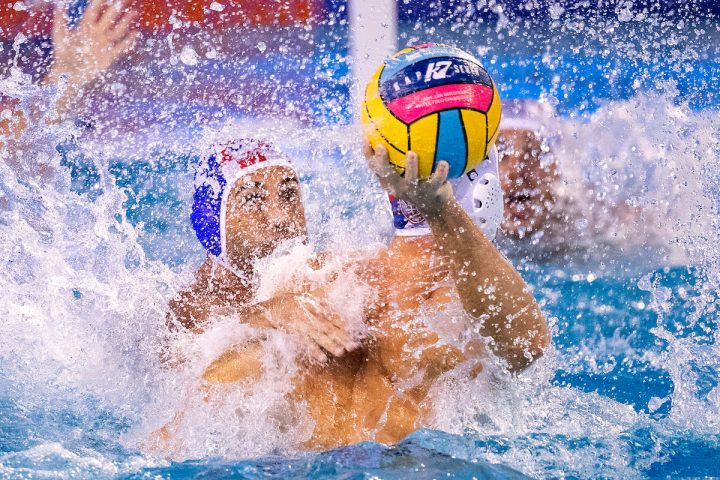 It wasn’t absolutely clear, whether it crossed the line or not, the goal-judge didn’t sign anything, and Spain began celebrating. For the second time after 1991, they made the European Championships final and their first gold medal match since the 2009 World Championships in Rome. Just to recall history: they faced Serbia in that encounter, like now.

In the other games of the day, one goal decided in the battles of Hungary and Montenegro and then Greece and Russia – Montenegro and Greece prevailed and can play for the 5th place, while Hungary is facing to claim its second-worst placement in history (their 9th was the all-time low in 1989). Germany clinched the 9th place (was 11th in 2016) with a fine victory over the Netherlands (improved from 12th ), while Romania (10th ) came 11th by beating France (dropped from 9th ). 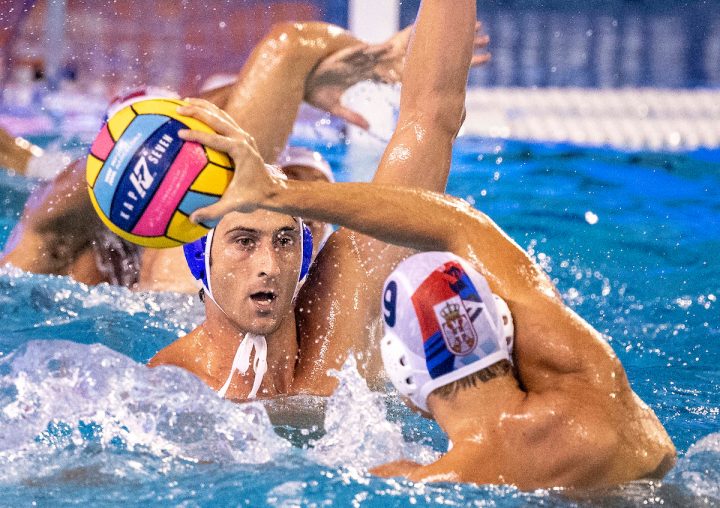 “It was extremely exhausting. A true battle. Weird in a sense that both teams had an inexplicable lapse in rhythm in the 4th period. I think their man-up and our man-down and our defense decided the match. Now we have to think how to recuperate the best that we can for the final on Saturday.”

“I don’t have anything clever to say. We took this really badly. Our extra man is the main reason we lost the game. We became nervous and fell into the trap of reacting to officiating. It just wasn’t our day. The hands got heavy. We lacked lucidity, nerve, even though we tried. There are a lot of things… I won’t go into details, I’ll refrain from commentaries.” 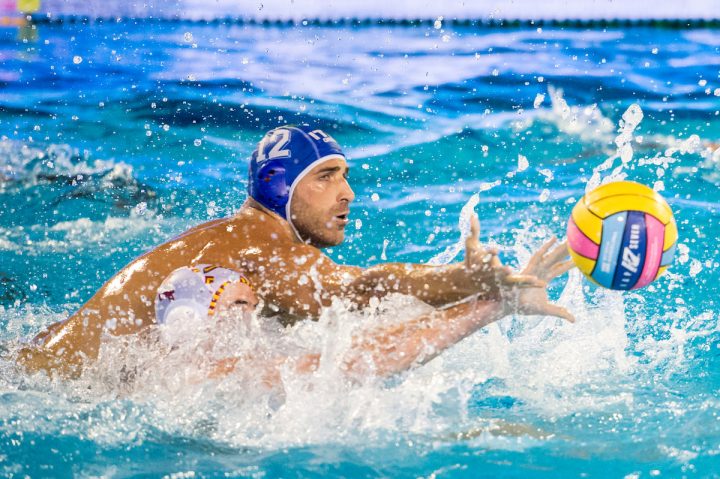 “I am happy to be part of this, to see this happening in front of our fans, we are living a dream. Moments decided the game. Italy is a top team. And now we will play the final against the best team in the world: Serbia.”

“It was a very close game. Good promotion and evolution of water polo. I want to congratulate both teams.” 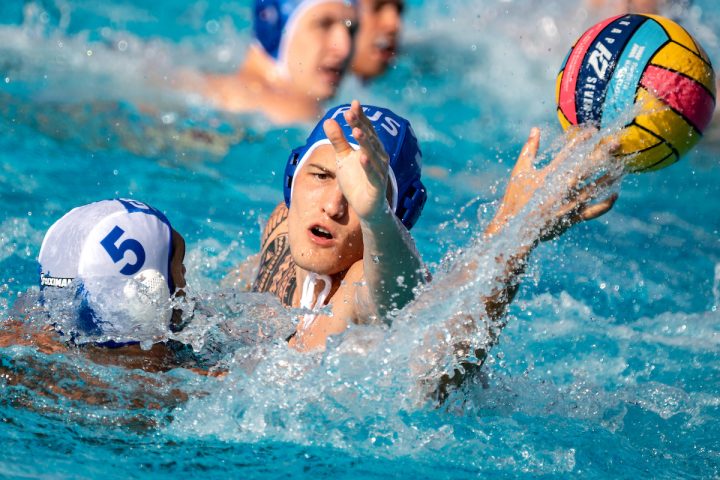 “At the end of the day, we won. We started well, at the end were a little bit lucky, it ended how… 12-11? We played better in the first half of the game both in defense and attack. I’m not satisfied but it’s a win. Next is the 5th place match. We will try to close the Europeans with a win.”

“It was a very important match for us. We didn’t start off well. In the middle of the game, thanks to determination, will and good defense, we managed to score some goals and come so close. In the end, we almost tied the match. It was a good game for the future. Now we go against Hungary. Last time we played at the World Championships, we lost by 8-9 goals and we want to show we can do a lot better.” 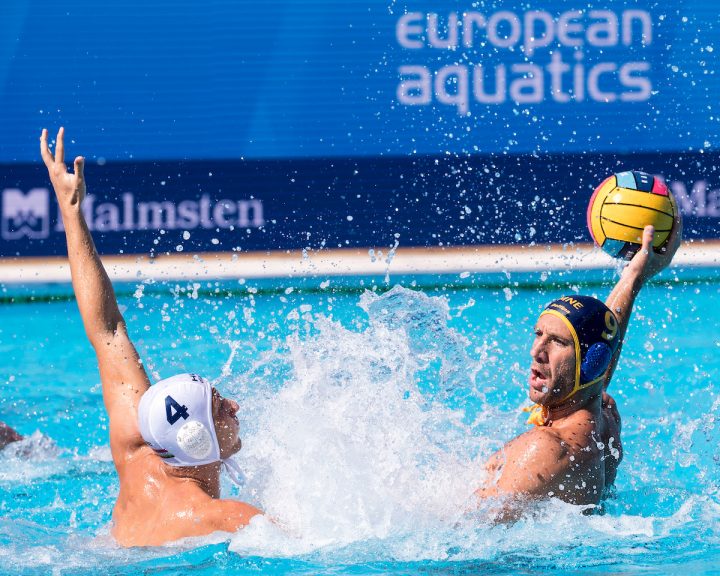 “It’s always nice to beat Hungary. It was difficult for my players to find motivation for this match. I want to congratulate them for that. We could have closed down the game sooner but today our goalie was good as well as the defense. We have one more game to play for the 5th place. We’ll try to motivate ourselves so that we can close the championships with a win.”

“We tried to change a couple of things in practice and in our approach as I really hated our starts of 0-6, 0-5 (against Italy, Serbia). Something came back today, we began the match well and even if we committed some mistakes again, we kept up with Montenegro whose team is just as strong as the Croats, the Serbs or Italy and unlike us, they were really close to reaching the semi-finals.

We kept on fighting, came back, even equalized in the fourth and by then I saw that we tired them out a bit, we seemed to have a physical advantage and I was convinced that we would save the game to a draw or could even win it. But their hearts and hands worked well in the decisive moments, they managed to score from their man-up while we couldn’t so their win is fully deserved.” 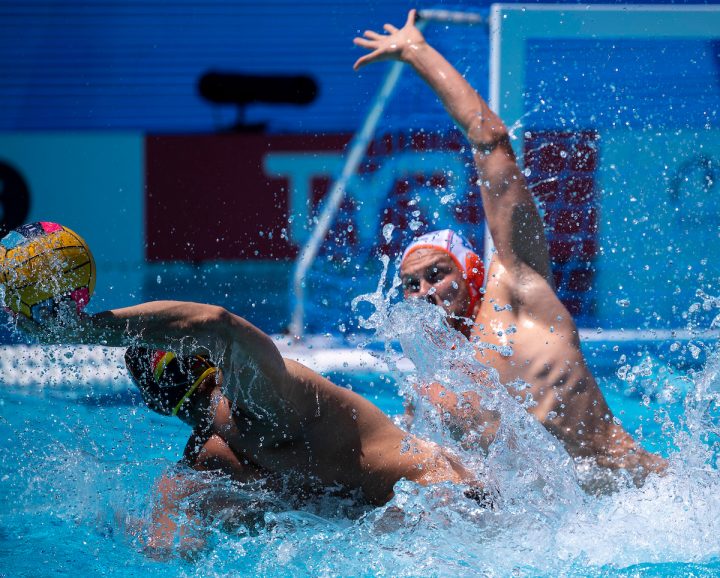 “We played well the whole tournament except today’s first quarter. I don’t know why. It was a surprise to me. The spirit before the game was good, we wanted to finish 9th but our comeback came too late. We even had a chance equalize with an extra man but we missed. Still, our fighting spirit brought us back. All in all our goal was to end up in top 10 and we did. Generally, I’m satisfied.”

“We had a really bad group with Italy and Hungary, followed by Greece and crossover games. The 9th place is our maximum at the moment. 4-4 with Hungary was a big surprise. I am happy. We have a very young team, the oldest player is 29. Today we played an exceptional first quarter. I also want to congratulate the Dutch players – they never give up.” 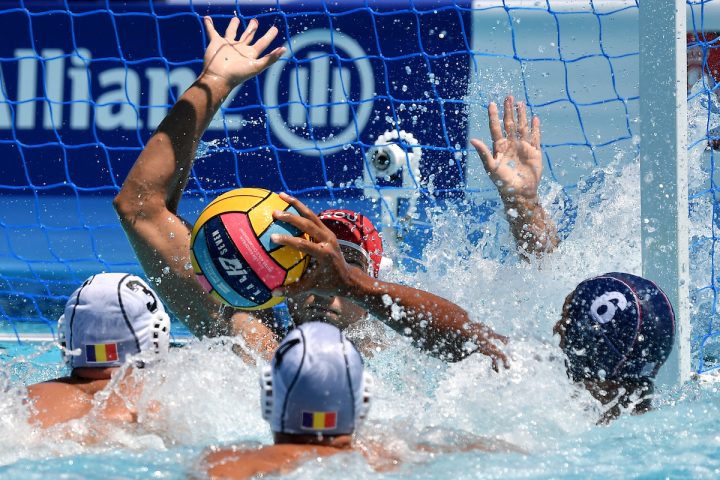 “I would like to congratulate my players. They showed character in a game where the result wasn’t of the utmost importance. Congratulations to France team on a fair sporting approach.”

“The better team won today. We gave our best. Cosmin Radu proved to be an unsolvable mystery for us. I congratulate them on the victory.” 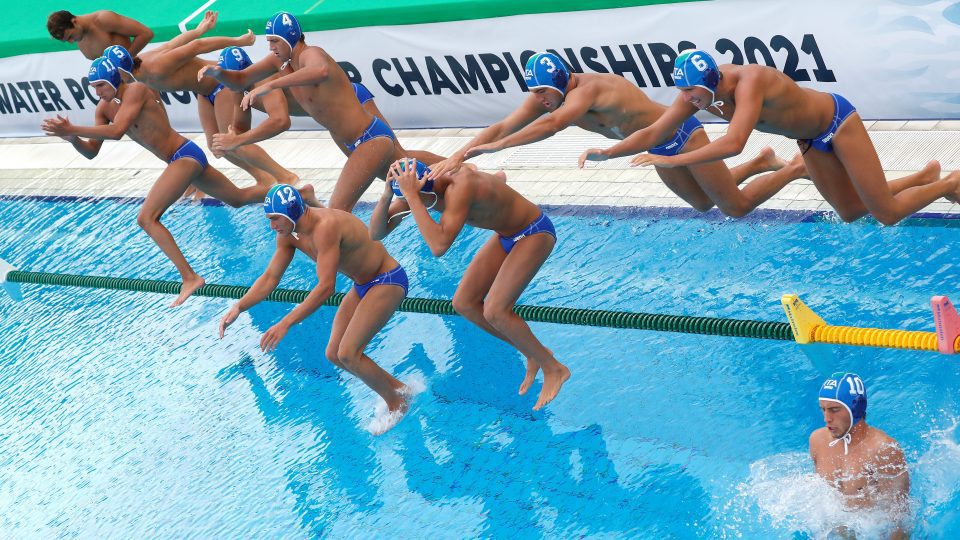